A debated topic with broad bioethical repercussions is whether alcohol intake during the first trimester of pregnancy can affect the development of the motor areas of the human fetal brain. An experimental study carried out in a group of 28 female 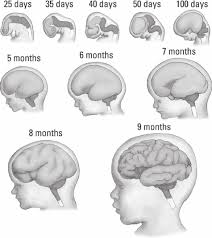 The large study on early gestation drinking detailed all the relevant findings they obtained with an innovative method, but the authors, in our opinion, don’t highlight the possible difficulties in translating all the achievements obtained in these animal models to human research. (Cross-Species analysis read HERE)