Skip to content
Home/BIOETHICS NEWS, Genetics and Genomics, NEWS and VIEWS/Human genome “grammar and lexicology” is extremely complex. Are we prepared for the genetics revolution we are living?

Human genome “grammar and lexicology” is extremely complex. Are we prepared for the genetics revolution we are living?

Human genome sequencing revealed the order of the 3 billion letters of the DNA (A, C, G and T), but not what they mean, much less the grammar that gives them meaning. In this respect, a recent article published by The Jackson Laboratory for Genomic Medicine in Farmington (Connecticut, USA) (read HERE) recognizes the work of Judith Blake, known as the Gene Lexicologist (lexicology, the study of words and their meaning and use). We excerpt some of the more interesting points of the article, to help us understand this new important discipline.

“[Judith] Blake, a professor at The Jackson Laboratory (JAX), is one of the leaders and founding principal investigators of the Gene Ontology (GO) Consortium, an international group of scientists that have established ‘controlled, structured vocabularies’ to provide the consistent and strictly defined language needed to describe the functioning of genes across all species using a common standard.”

“This effort makes it possible for the worldwide scientific community of molecular and computational biologists to communicate unambiguously about specific genes, thus enabling comparative studies. At JAX, this is especially vital for studies comparing mouse and human genes.” Read our article Translating the findings of experiments in animals to humans is not always feasible.

The CO Consortium’s website provides “free access to 44,579 gene ontology terms, 7.4 million annotations, 1.3 million gene products and 4,591 species, and is the world’s largest source of information on the functions of genes.” Blake’s work in developing systems to integrate genetic, genomic and phenotypic information, what is called genome grammar, “has had significant influence on semantic systems use in biology and on bio-curation as a field.”

In an article published by our Observatory some years ago, we explained what human genome grammar is, citing an article from the website of the Karolinska Institute describing their findings published in the international science journal Nature (Read HERE – 527; 384-388,2015). The authors discuss why the “grammar” of the human genome is more complex than any language spoken in the world.

“The genome contains all the information needed to build and maintain an organism, but it also holds the details of an individual’s risk of developing common diseases”, says lead author, Arttu Jolma.”

The cells have almost identical genomes but differ from each other according to the active and inactive (expressed or not expressed) genes that give them their function or not. Each gene has a regulatory region containing the instructions that control when and where the gene is expressed. 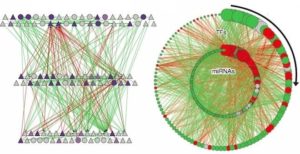 In an article published two years ago with the evocative title We are not prepared for the genetic revolution…(read The Conversation, May 25, 2018, the author said that, “When humans’ genetic information (known as the genome) was mapped 15 years ago, it promised to change the world. Optimists anticipated an era in which all genetic diseases would be eradicated. Pessimists feared widespread genetic discrimination. Neither of these hopes and fears has been realized. Why? The reason for this is simple: our genome is complex. Being able to locate specific differences in the genome is only a very small part of understanding how these genetic variants actually work to produce the traits we see.”

If we add this extreme complexity to the simplicity of CRISPR technique modifications, the result is explosive. We also have to consider that “more and more products and services [are starting] to use genetic data” and biohackers are continuing to increase their activities (see Are biohackers out of control? Gene editing kits offered on Internet permit re-engineer DNA).

It is urgent that the scientific community establishes clear scientific criteria to regulate this genetic revolution within a framework of responsibility for developing the more complex human genetic information, knowing our present limitations.