Among the many bioethical issues raised in the COVID-19 pandemic are those related to the quest for and production of vaccines and drugs for the prevention and treatment of this disease. 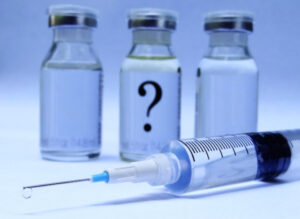 To assess the current status of clinical trials of the COVID-19 vaccine, we used a report from the World Health Organization (WHO) and an article in Science magazine, both published in June. The first notes that there are presently 136 projects underway to produce this vaccine. Of these, only three are phase II/III trials: one, Chinese, by the Beijing Institute of Biotechnology, sponsored by CanSino Biologics Inc.; another, which is being developed at the University of Oxford, in collaboration with pharmaceutical company Astra-Zeneca; and a third vaccine, American, sponsored by Moderna/NIADID, based in Cambridge, Massachusetts.

Of the 136 vaccines in production, six use cells derived from electively aborted human fetuses. Of the three in phase II/III, two of them—the Chinese and the Oxford trials—use fetal cells, while the US trial uses viral mRNA.

Although the procurement, authorization and production process for the vaccine has been expedited considerably with respect to normal time limits, they are not expected to become available until the first quarter of 2021. 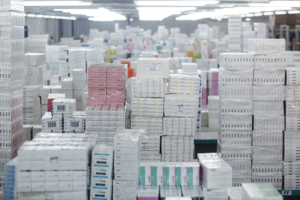 The WHO has launched the Solidarity Trial, an international clinical trial aimed at finding an effective treatment for COVID-19, which has included antiretroviral drugs, monoclonal antibodies and immune system inhibitors, understudy or previously approved with other indications, such as treatment of HIV, malaria, arthritis, or certain types of cancer.

There are currently more than 1,500 clinical trials and some 200 drugs under investigation to combat SARS-CoV-2, with remdesivir being the first drug authorized by the European Medicines Agency for this purpose. Boryung Pharmaceutical has recently presented the results of in vitro studies of plitidepsin (Aplidin®), already marketed for the treatment of multiple myeloma in Australia, showing between 2,400 and 2,800 times higher anti-viral activity than remdesivir.

Conversely, the WHO has suspended trials of lopinavir/ritonavir, a drug used against HIV, and those of hydroxychloroquine, which is used against malaria; the latter, promoted by Presidents Donald Trump and Emmanuel Macron also has significant side effects.

The great ethical difficulty in relation to vaccines lies in the fact that cells from electively aborted human fetuses are used to produce some of them, which makes their use ethically inadvisable. Those that do not use such cells are therefore recommended, such as the one sponsored by Moderna/NIAID. However, until this is available, some of those that use fetal cells may be used temporarily. In other words, this would be a temporary authorization until some of the vaccines that do not use them are ready.

Read the special report on the issue: COVID-19 vaccines ethics debate. Cells from induced human abortions used to their production

Stockpiled vaccines and drugs for COVID 19 a new dilemma

The Trump administration has reached a controversial agreement to buy up supplies of remdesivir for the next three months. The British government has also stockpiled dexamethasone, which is effective in the most severe COVID-19 patients.

The principles of solidarity and subsidiarity defended by personal bioethics advocate the fair distribution of available resources, although trying to allocate them preferably to those who need them most. The unfortunate aforementioned examples invite a profound reflection that encourages the abandonment of attitudes which, due to their lack of solidarity, constitute an attack on the dignity of people, especially the weakest. This should include adjusting the price of new treatments and their fair production and distribution, especially among the most disadvantaged and in third world countries with far fewer resources to combat this pandemic.