New artificial species. How could they affect biodiversity?

Our opinión regarding synthetic biology debate.

An article published in the blog Practical Ethics, defending the use of synthetic biology and gene editing to obtain new organisms that do not exist in nature. Its author argues that if biodiversity is valuable, then it should be promoted, adding new species instead of conserving it as it is. 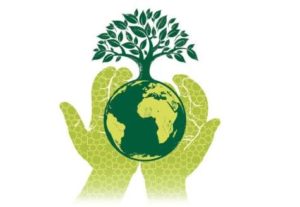 Contrary to the commonly assumed idea that current levels are optimal, he says that global biodiversity has been deeply affected by the acts of humans, having lost countless species. Moreover, he denies that ecosystems are fragile and finely balanced units, arguing on one side that the interactions between organisms tend to undermine their stability and, on the other, that the introduction of a new species does not have a major biological impact, statements that seem contradictory.

The aforementioned article lacks references that support these novel views on biodiversity and ecosystems, which contrasts with what has so far been understood and observed from the biological and environmental sciences. Nevertheless, even if his statements were true, this does not lead to the conclusion that it is advisable to increase the present biodiversity by producing new artificial species.

Neither does it mention whether the species produced should be non-pathogenic, or whether the researchers should take into account the type of organisms produced, their number, place of release, evolution perspectives (never completely controllable), organisms with which they would interact, etc. We do not believe it necessary to explain why it would not be appropriate to introduce organisms into the natural environment without first taking into account these and other considerations. However, even assuming that they were taken into account, we would always be assuming a risk, so, in our opinion, the introduction of a new species cannot be established as something good, simply because of the fact of increasing biodiversity. In our opinion, the release of artificial organisms into the environment would only be justifiable when necessary to obtain a good that would exceed the risk assumed, for instance, the release of a microorganism designed to break up a petrol spill. Even so, they should be designed in such a way as to ensure that they do not remain in the natural environment beyond a certain time.

Production of new organisms should be isolated in the laboratory

Quite another matter is the production of new organisms to remain isolated in the laboratory (using means to ensure that they do not survive in the natural environment). In this case, their production should be lawful – and even recommended – when they serve to obtain some good (knowledge, biofuels, medicines, etc), providing that they meet all biosafety requirements (read more HERE).