Palliative care is a patient right

Since its introduction in the 1980s, palliative care has been evolving gradually in Latin America. There are currently 922 services in 19 countries. This corresponds to 1.63 services per million inhabitants, so most patients in the region who require this treatment do not have access to it. 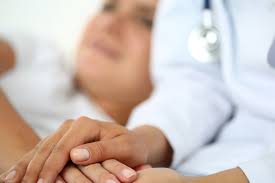 The Atlas of Palliative Care in Latin America stresses that the development of palliative care in Latin America has been very slow and fragmented.  Thus, it ranges from 16.06 services per million inhabitants in Costa Rica down to 0.24 in Honduras. Chile has the highest absolute number of services (277), while 46% are located in Argentina and Chile, accounting for 10% of the entire Latin American population. This confirms that governments must adopt the public policies and measures necessary to guarantee that the needs of the entire population are met. North America and European countries are also far away from patients’ needs (Vida Universitaria. University of Navarra. 21-III-2014).

The need for palliative care has never been greater and is increasing at a
rapid pace due to the world’s aging population and increases in cancer
and other noncommunicable diseases. Despite this need, palliative care
is underdeveloped in most of the world and outside North America,
Europe and Australia, access to quality palliative care are very rare.
Palliative care is expanding in the developed world in spite of myths and
misunderstanding about its nature and purpose, but is only beginning to
be available in the developing world where it is needed most.

But with the global deficiencies of palliative care WHO Universal Health Coverage (UHC) goals do not include it. Read here: