Diagnostic tests for brain death: this is the time for universal uniformity

A controversial critical issue for the organ transplantation system: the death of a person by neurologic criteria

The emergence of the concept of brain death at the end of the 1960s was a controversial fact, although today it is widely accepted in most developed countries. Nevertheless, there are still some issues for discussion in this regard, including a lack of unanimity in the application of the diagnostic criteria among countries. There are currently no universal criteria for establishing the death of a person by neurologic criteria, either in the clinical setting or in the legal framework. This has resulted in frequent discussions of clinical cases in which the diagnosis was questioned, and which have transcended not only into the medical field but have also been a source of public debate in newspapers and social media.

Some bioethical schools disagree with the neurologic criterion for establishing death, and in some countries such as the United States (US), this opposition to the establishment of death by neurologic criteria has been based, among other reasons, on: 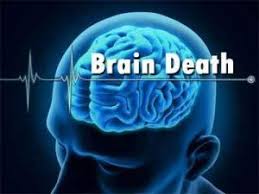 In a recent article published in the “The American Journal of Bioethics” (Vol 20, N. 6, 1–3, 2020), Ivor Berkowitz and Jeremy R. Garrett highlight the absence of homogeneous criteria required to establish the death of a person by neurologic criteria, as well as the need to establish uniformity in the ethical and legal approach to the tests needed to establish the diagnosis of death. In particular, the article makes special reference to the legal status of the apnea test for diagnosing brain death in the US, as well as to the controversy surrounding the need to require authorization from the patient’s family to perform said test.

The legal status of the apnea test

In order to perform the apnea test correctly, blood carbon dioxide (CO2) levels must rise to at least 60 mm Hg at the end of the test. If these CO2 levels have not triggered respiratory movements, the absence of activity of the respiratory center is verified. This is consistent with the diagnosis of brain death if added to the finding of another set of clinical and instrumental criteria.

One of the side effects of elevated blood CO2 is the fact that it produces an unavoidable increase in brain blood volume and intracranial pressure, which, if the patient is not dead, could have harmful consequences for them.

The difference of procedure between the donor and not donor patients

Apnea testing is therefore helpful in establishing the diagnosis of death by neurologic criteria, although it is of no benefit to the patient’s life. A single action should be derived from the diagnosis of brain death: complete cessation of applied therapy. In the event that the patient could be an organ donor, that cessation would take place in the operating room after the organs had been removed, while if the patient was not a donor, treatment discontinuation would take place in the intensive care unit.

In the Berkowitz and Garrett article, the authors note that there are currently legal disputes in the US when discussing apnea testing, given that there are different criteria regarding the requirement for authorization from the patient’s family. The authors of the paper highlight that, in some states in the US (Montana and Kansas), explicit family consent is essential before performing the apnea test, while in others (Virginia and Nevada), this authorization is not required; in the remaining states, the need to request authorization and family consent is not established. In surveys of American doctors, almost 30% believe that authorization should be sought from the family before performing diagnostic tests for brain death; however, the remaining respondents consider that clinical and instrumental examinations are part of the basic medical activity, and it would not, therefore, be necessary to seek informed consent. Moreover, the American Association of Neurology clinical practice guidelines do not mention the need to seek such consent.

The controversy deepens when one considers that, also in the US, a recent survey of intensivists and neurologists revealed that nearly 50% of them had encountered cases in which the family of the patient who had developed brain death rejected the fact that treatment was limited, despite the diagnosis. It seems obvious that if the family’s consent were required to perform the apnea test in these cases, it would not have been granted.

The proposal made by Berkowitz and Garrett is that the physician contextualizes each case, in order to assess the need to request informed consent for the performance of diagnostic tests for brain death. In their recommendations, they conclude that the physician should:

Balance made on the best interest of the patient

In the US, the weight of informed consent in medical practice is probably higher than in other countries, and medical professionals’ fear of being sued influences Berkowitz and Garrett’s analysis. However, when a balance is made on the best interest of the patient, their representatives, and hospital resources for the care of critically ill patients, it seems reasonable that, without losing sight of the importance of the autonomy of the patient expressed by their relatives, the ethical significance of not performing the apnea test — and therefore not confirm the diagnosis of death — should be taken into account. If the patient were in a situation of brain death (which is highly likely if all clinical expression of the brainstem has disappeared), keeping him or her connected to a respirator and under medical treatment would not only violate the best interest of the patient, since the body of the deceased would be subjected to ostensible therapeutically-futile maneuvers, but it would also result in the maintenance of a situation devoid of hope. On the other hand, completing the diagnosis by means of the apnea test would, once established, allow healthcare resources to be managed in such a way so that a critically-ill patient awaiting a bed in the intensive care unit could be given the opportunity for treatment. 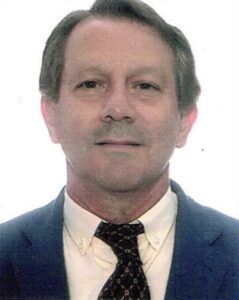 The Catholic University of Valencia – Spain

A still debated issue: the moment of the death of a person. A step forward