Skip to content
Home/Abortion, Abortion Pill RU-486, Bioethics, BIOETHICS NEWS, Embryonic Stem Cells, Ethics of Scientific Research and Medical clinic, SPECIAL REPORTS/Surgical abortion, abortion pill and the use of fetal tissue to research in the US during the present crisis

Surgical abortion, abortion pill and the use of fetal tissue to research in the US during the present crisis

The priority of healthcare systems has been to use all their resources to treat coronavirus patients and to postpone all non-urgent surgeries. In this respect, surgical abortion is considered a non-urgent intervention; indeed, some argue that it is not a medical intervention because being pregnant is not a disease. Accordingly, many states in the US have ceased to provide surgical abortions from the beginning of the pandemic. 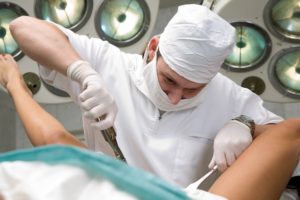 In this regard, an article in The Washington Post (April 3, 2020) said, “The coronavirus-linked restrictions have all followed the trend of recent years in which states in the South and upper Midwest have restricted or attempted to ban abortion, while states on the West and East Coasts have strengthened access to abortion.”  As we know, America is divided, and the pro-life trend is on the rise.

As expected, these measures have been strongly criticized by pro-choice activists, who consider it as a violation of a right that legalizes the elimination of unborn babies.

Now, an article published in Newsweek (9/3/2020) says that “20 senators asked the FDA to “classify the abortion pill as an ‘imminent hazard to the public health’ that poses a ‘significant threat of danger’ and remove this pill from the U.S. market.”

In fact, the document stated that “pregnancy is not a life-threatening illness, and the abortion pill does not cure or prevent any disease.” The letter addresses an issue that is not new, and it is a relevant topic in the abortion debate. In this respect, we have published several articles, including one entitled “The hidden face of abortion is mainly a result of the use of drugs […]”, where we said, “More unborn babies are eliminated due to the use of drugs and intrauterine devices which act by an anti-implantation mechanism than by surgical abortion.” 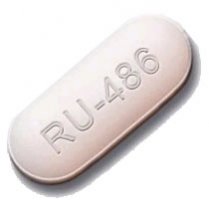 Nasciturus elimination by pills are greater than surgical abortion

Last year the Trump Administration announced the end of research with tissues from aborted fetuses in federal (NIH, National Institutes of Health) laboratories and several states have banned this type of scientific research. A recent article in The Washington Post (August 19, 2020) entitled “Trump fetal tissue ethics board urges rejection of nearly all research proposals”. The author reports that a new advisory board created to review to block government funding for this type of research that in a 15.page report banned nearly all scientific work using fetal tissue.

The article also says, “At least four researchers with grant or contract applications reviewed by the board have already received invitations from NIH to revise their proposals, excluding any mention of fetal tissue, according to two individuals familiar with some of the scientists, speaking on the condition of anonymity to describe private communications. At least one of those also is trying to validate an alternative model to fetal 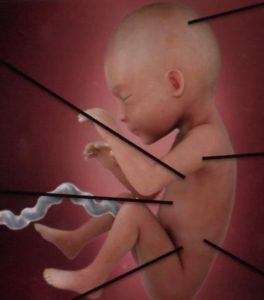 tissue.” (Read A short review of the negative and positive effects of Trump’s restrictions on fetal tissue research.). What have the scientists that are using fetal tissue in their research said?,  “Scientists who use fetal tissue in their work, as well as their advocacy organizations, were infuriated by the report, regarding it as a worst-case scenario that they had predicted for months.” (read HERE).

To complete our review we should mention the social debate over the morality of using vaccines against COVID-19, in which cell lines obtained from human fetuses have been used in their manufacture. Our Observatory concluded the report with this statement, In summary, it seems to us that if vaccines against COVID-19, in which cells from voluntarily aborted human fetuses have been used in their production, are made available to the public, they could be used on a temporary basis until other similar vaccines produced without the use of such fetal cell types become available. In other words, it must only be temporary until morally acceptable vaccines are available (read HERE entire article).

From a bioethical point of view, the different measures taken by the US Administration and different US states, are a great step to preserve the life of the nasciturus.  From a scientific point of view, our Institue of Life Science believes that the ban of research with human fetal tissues is a challenge for researchers to find alternative means to achieve their important works.

The biological status of the human embryo from fecundation. Scientific approach