Opioids’ valuable analgesic efficacy. Epidemic and the controversy surrounding its abuse in the U.S.

A dossier published in The Washington Post discusses the conflict that has emerged in the US with the advertising and prescription of opioid analgesics, as a result of the manipulation of information detected in their promotion and bias regarding the reliability of the data supplied to users in terms of the risks and side effects of these treatments (see HERE). The issue arose around twelve years ago when the US federal government sanctioned the drug company Purdue Pharma with a fine of $634 million for mislabeling its best-selling OxyContin pill as being safer and less addictive than other painkillers. 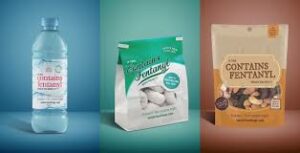 Previously, this same laboratory helped to change the trend in opioids prescription through an extensive marketing campaign that persuaded the medical community that addiction was rare and that it should extend its use to prevent patients from suffering needlessly, according to documents relating to a historic federal case in Cleveland.

Lawyers related to this case argue that other drug manufacturers continued the aggressive marketing of opioids even after the Purdue fine, which prompted a surge in opioid overdoses. The number of pills made with oxycodone, the main ingredient in OxyContin, rose from 2.5 billion in 2006 to 4.5 billion in 2012, an increase of 80 percent.

Since 2016, The Washington Post has been investigating the opioid epidemic that has devastated communities and has claimed the lives of more than 200,000 people throughout the country since 1996.

The Washington Post and its investigation into the opioid epidemic

On 15 July, an unreleased US Drug Enforcement Administration (DEA) database—which monitors the manufacture, distribution, dispensing and use of analgesic drugs in the US—was made public. It was the result of a civil action brought by nearly 2,000 cities, towns and counties alleging that nearly two dozen pharmaceutical companies had conspired to saturate the nation with opioids (read HERE). 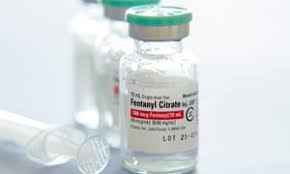 The current situation in the US

In 2018 and 2019, the Washington Post focused on the synthetic analgesic fentanyl, the latest drug implicated in the opioid crisis, which, according to their information, had claimed the lives of some 30,000 patients in that period. Opioid addiction had led to heroin use, which in turn created a high demand for Fentanyl, which is 50 times more potent than heroin. If this trend continues, the annual number of deaths from fentanyl will soon approach that caused by firearms or traffic accidents.

Could the spread of the American opioids crisis affect European countries?

In this respect, a recent report published in Nature analyzes the “opioid epidemic” in other countries such as Canada and Europe. In the first case, as Nature says, “Canadian doctors were too subjected to aggressive marketing by opioid manufacturers, alleges a Can$1.1 billion ($752 million) lawsuit filed in May at Ontario Superior Court of Justice in Guelph. This might help to explain why Canada is also experiencing an opioid crisis, with 10,337 opioid-related deaths between January 2016 and September 2018.”

It seems that the situation in Europe is quite different, perhaps because there is no such pressure on doctors because they are not motivated financially to make prescriptions of opioids. Unlike the US medical community, who eagerly embraced the small studies that suggested that people had a low risk of developing an addiction to opioids, in Europe pain specialists were more skeptical with these studies, says Jan Van Zundert, an anaesthesiologist at East Limburg Hospital in Genk, Belgium. “During the last 20 years, I almost did not prescribe opioids for chronic non-cancer pain,” Van Zundert says. That practice “is based on the fact that there is no literature supporting it”, he adds.”

Direct advertising of pharmaceuticals to consumers are allowed

As the Nature report continues, according to Large-scale surveys, although there is a similar prevalence of pain in France and Italy as there is in the United States, “according to data from the United Nations, US doctors write five and a half times more prescriptions for opioids than do their counterparts in France, and eight times more than do physicians in Italy. Humphreys says that this might be because people in the United States expect to receive a prescription when they go to the doctor with a health concern. Meanwhile, direct advertising of pharmaceuticals to consumers (permitted only in the United States and New Zealand) encourages them to ask doctors for specific drugs.” (see HERE entire article)

Over the past three years, the aforementioned newspaper has revealed those possibly responsible for misconduct in the supply chain of the drugs concerned, affecting manufacturers, distributors, pharmacies, doctors and the DEA itself.

The report revealed the hidden actions aimed at undermining attempts by the DEA to halt the abuse, and exposed how pharmaceutical companies and distributors involved in the supply chain continued to flood the market with painkillers, even after they were warned about suspicious shipments.

News such as this casts a shadow over opioids valuable analgesic efficacy which correctly prescribed, dispensed and administered, are an effective therapeutic alternative in the treatment of chronic or high-intensity pain that does not respond to treatment with other painkillers. Their application in palliative care represents an effective tool in controlling the refractory symptoms that accompany patients with serious illnesses, terminal or otherwise, and help to combat euthanasia tendencies which, disregarding the analgesic efficacy of opioids, seek to terminate the lives of patients with severe pain or intense uncontrolled suffering.