Our Observatory has published many articles about gene-editing advances in biomedicine and their bioethical implications (read HERE). 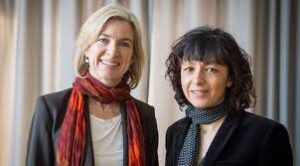 Since Emmanuelle Charpentier and Jennifer A. Doudna developed the novel CRISPR genome editing technique in 2012, its use has become popular in laboratories around the world, with applications including use in animals and plants for genetic enhancement and eradication of agricultural and livestock diseases, as well as medical research in order to use the system in gene therapy. Studies in the latter field have raised high hopes (see more), and indeed the first clinical trials in humans have already begun.

Additionally, last September, a Letter to the Editor was published in the New England Journal of Medicine, in which the authors presented a method for detecting the SARS-CoV-2 coronavirus, which causes COVID-19. The CRISPR-based test enables diagnostic results to be obtained in less than an hour. Although this virus can be diagnosed using the well-known PCR test, poor access to reagents and equipment has slowed down the detection of the disease, hampering efforts to mitigate viral spread. The new CRISPR-based method, which researchers have called STOPCovid, is rapid, simple, and suitable for point-of-care use. It also provides sensitivity comparable to PCR-based SARS-CoV-2 tests and has a limit of detection of 100 copies of viral genome input in saliva or nasopharyngeal swabs per reaction. The researchers envisage that “implementation of STOPCovid will significantly aid ‘test-trace-isolate’ efforts, especially in low-resource settings, which will be critical for long-term public health safety and effective reopening of the society.”

The development of CRISPR to modify the genome of organisms has undoubtedly been a breakthrough in numerous fields and is very promising in many others. Nevertheless, it should be remembered that this technique also allows genetic modification of human embryos (germline modifications) and that research in this line has been carried out since 2015 (see more). From an ethical point of view, this is unacceptable. We would therefore like to take this opportunity to applaud the awarding of this important recognition to the creators of the technique and, at the same time, to demand the protection of human embryos, rejecting their use as research material.