CRISPR: A patent jungles surrounding the ownership of the Cas9 system

The scientific merit of the gene-editing technique CRISPR pioneers (read our recent article HERE) has been overshadowed in recent years by a patent war that has not yet ended. 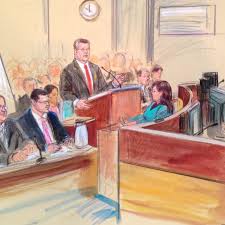 The lengthy patent battle over CRISPR, the genome editors that has finally received a Nobel Prize, reflects the many millions of dollars at stake for those who can demonstrate its invention or subsequent applications. The main dispute between the Broad Institute at Harvard University and the University of California has been settled for years.

According to the journal Science, one month ago the United States (U.S.) Patent Trial and Appeal Board (PTAB) ruled that Feng Zhang’s team at the Broad Institute has “priority” in its already granted patents for uses of the original CRISPR system in eukaryotic cells, which covers potentially lucrative applications in laboratory-grown human cells or in people directly. However, the ruling also grants the University of California group, which the court refers to as CVC because it includes the University of Vienna and scientist Emmanuelle Charpentier, an advantage over the invention of one critical component of the CRISPR tool kit.

Jennifer Doudna, a biochemist at the University of California, Berkeley, and Charpentier, now with the Max Planck Institute, published evidence that the bacterial-derived CRISPR system could cut DNA in Science in June 2012, seven months before the Broad Institute team led by Feng Zhang published its evidence that it could be used for genome editing. But the CVC team did not show in their initial paper that CRISPR could act inside eukaryotic cells as Zhang’s team did in its report, even though the original CVC patent application generally tried to cover any use of the technology.

The University of California claimed that Doudna’s ideas served as the basis for Zhang’s work, which was not innovative. For its part, the Broad Institute responded that Doudna’s early work only hypothesized about the use of CRISPR in eukaryotic cells (humans, animals and plants), but did not include a detailed roadmap on how to achieve this. They added that the Cas9 protein could not be patented because it is produced naturally and that its cleaving of DNA is a routine bacterial process.

Zhang’s laboratory specifically sought to patent the processes and components developed for CRISPR-Cas9 for genome editing in eukaryotic cells. It also argued that Zhang had been working on CRISPR-Cas9 elements since February 2011, justifying their claim on first-patent rights.

CRISPR ownership. The legal battle of this lucrative technique

The U.S. Patent and Trademark Office (USPTO) issued several CRISPR-related patents in favor of the Broad Institute from 2014, which sparked a legal battle in 2016 based on CVC claims of patent “interference”. That led to a first decision by the PTAB, which seemed to give a mixed verdict, ruling that the eukaryotic CRISPR and other uses of the genome editor were separate inventions, patentable by Broad and CVC, respectively. Dissatisfied, the CVC group took the issue to a federal court, which denied its appeal.

CVC subsequently filed new claims that led the PTAB to declare a second interference. This time the board made a more direct comparison of which group had the best evidence for the first demonstration that CRISPR worked in eukaryotic cells. The PTAB ruling did not accept CVC’s arguments that it had crossed this line first, giving priority to the Broad Institute. Nevertheless, the dispute is not yet resolved, as it requires CVC to provide further evidence at a future hearing that it was the first to discover the method.

CRISPR, which normally comprises a DNA-cutting enzyme known as Cas9 and a molecule that guides it to a specific DNA sequence, is often compared to molecular scissors. A key point of contention in the patent battle is centered on the guide component. Zhang’s first description that CRISPR worked on eukaryotic cells used a guide that combined two RNA molecules, while CVC’s use was based on a single RNA to do the same thing. This single molecule guide RNA is now the standard tool in this field.

The award of the Nobel Prize in Chemistry to Charpentier and Doudna is a boost to their claims, an may be why the Broad Institute recently called for something akin to a peace treaty. “Although we are prepared to engage in the process before the PTAB and are confident that these patents have been properly issued to Broad, we continue to believe it is time for all institutions to move beyond litigation and instead work together to ensure wide-open access to this transformative technology,” the statement says. “The best thing, for the entire field, is for the parties to reach a resolution and for the field to focus on using CRISPR technology to solve today’s real-world problems.”

Many observers of the patent battle have long waited for the Broad and the CVC to reach an agreement, but one does not seem to be near at hand. “Almost every outcome is stacked in Broad’s favor“, said Jacob Sherkow, a patent attorney at the University of Illinois, in Science. “If CVC wins, they will have the patent for the single-molecule guide, but Broad will not lose its eukaryotic patent and, at worst, will have to share it.”

Nonetheless, the interference dispute between the University of California and the Broad Institute covers only one part — albeit the most significant one — of the current CRISPR patent landscape. So far hundreds of CRISPR-related patents have been granted worldwide, and thousands of applications are pending. They encompass a wide variety of applications, including those associated with components of the gene-editing system, such as endonucleases and their applications, for example, their use as a nucleic acid-detecting diagnostic tool.

The USPTO and the European Patent Office have now awarded 34 patents to the Broad Institute and 10 to the University of California. Both institutions also hold patents in other parts of the world, such as Australia, Japan and China.

Patents issued to the University of California cover a wide variety of claims for specific components of CRISPR systems, such as the use of different guides or modifications to the CRISPR enzymes (read HERE). The Broad has an equally diverse CRISPR patent profile, such as CRISPR-based nucleic acid detection tools and other applications based on alternative endonucleases such as Cas12, Cas13, and Cpf1, as well as CRISPR-associated transposases (CAST).

Competition over CRISPR patents is so intense because biotech companies and academics working to develop new commercial applications of CRISPR first need to obtain licenses from the initial patent holders before using their inventions. Scientists can utilize these technologies for basic research purposes without paying royalties, but they also need to obtain licenses if they want to sell the results of their work. Some have estimated that the global CRISPR market will be worth more than $5 billion by 2025.

Europe, on the sidelines

According to data collected by Swiss consulting firm IPStudies in The Scientist, more than 12,000 CRISPR patent applications have been submitted worldwide. They are divided into about 4,600 patent families, encompassing all those presented for one invention in different countries. Apart from the Broad Institute and the University of California, the institutions with most applications are the Chinese Academy of Sciences, US chemical company DuPont and the genome editing company Editas Medicine, based in Massachusetts, co-founded by members of both the Broad Institute and the University of California, among others.

China and the US are definitely dominating the CRISPR patent landscape

According to IPStudies, of these thousands of patent applications, some 750 CRISPR patents have been issued to date, and more than half of these have been granted in only two countries. “China and the US are definitely dominating the CRISPR patent landscape,” says Corinne Le Buhan, founder and principal consultant of IPStudies. “One reason for [the European absence] may be the general aversion toward genetically modified organisms (GMOs) in Europe, which limits advances in agricultural applications.”

Over the years, there has been an increasing diversification of the CRISPR portfolio beyond Cas9, explains Fabien Palazzoli, an analyst at IPStudies. “Now, we have around 50 different types of CRISPR enzymes”, including Cpf1, C2c2, CasX, and CasY. One potential motive for developing all these alternatives is undoubtedly the ongoing legal dispute surrounding the ownership of the Cas9 system.