The slippery slope of euthanasia after legalization. Netherlands example

The slippery slope in countries where is legalized has been treated several times by our Observatory due to the role that assumes doctors and health professionals in this scandalous practice (read HERE).

Now recent official data confirms that noting has improved the attack on the life suffered by the most vulnerable in that country. In 2019, according to official figures, 6,361 cases of euthanasia were recorded in the Netherlands, accounting for 4.2% of all deaths. In other words, one in 25 people is killed by doctors in Holland. These are the official figures, but it is agreed that many euthanasia deaths are not reported.

Euthanasia slippery slope recognized by the same standard-bearer for euthanasia

In relation to this, Dr. Bert Keizer, in an article published in the Dutch Journal of Medicine, says that euthanasia in the Netherlands is a real “slippery slope”; indeed, he embraces this reality.

Dr. Keizer is a “Grand Old Man of Dutch euthanasia”, a geriatrician and philosopher who now works for prosperous Expertisecentrum Euthanasia, the “End of Life Clinic”. In other words, he is a clear advocate of euthanasia.

On several occasions, and in various media, he has declared that euthanasia in the Netherlands has opened a gateway to the “slippery slope,” allowing the lives of defenseless patients to be ended, bordering on conduct that is close to the edge of the ethical.

He also says that the requirements for euthanasia are increasingly being lowered. “We started with the terminally ill, but also among the chronically ill […]. Subsequently people with incipient dementia, psychiatric patients, people with advanced dementia, elderly who struggled with an accumulation of old-age complaints and finally elderly who, although not suffering from a disabling or limiting disease, still find that their life no longer has content”.

He goes on to say that the “slippery slope” is creating erosion of the boundaries that legitimize euthanasia  (read HERE).

This is one of the first cases that achieved public notoriety:

In 2018, Dutch officials said they will prosecute a nursing home doctor for euthanizing an elderly woman with dementia. 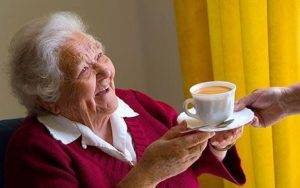 Officials first began probing the case in September, when they found the doctor had drugged the patient’s coffee and then had family members hold her down while delivering the euthanasia fatal drugs.

The doctor said she was fulfilling the patient’s earlier euthanasia request and that since the patient was not competent, nothing the woman said during her euthanasia procedure was relevant.

But Dutch prosecutors argued that the patient’s written euthanasia request was “unclear and contradictory.”

“In her living will, the woman wrote that she wanted to be euthanized ‘whenever I think the time is right.’ But after being asked several times in the nursing home whether she wanted to die, she said, ‘Not just now, it’s not so bad yet,’” according to an earlier report by one of the Netherlands’ euthanasia review committees.

“A case like this should serve as a warning for other countries. The Dutch seem to be recognizing that certain practices are out of bounds,” said Scott Kim, an ethicist at the U.S. National Institutes of Health.