According to the latest figures for the HIV epidemic, “[t]here were approximately 38 million people across the globe with HIV/AIDS in 2019”. An estimated 1.7 million individuals worldwide acquired HIV that same year (read HERE). Specialists say that these figures could be even higher because many HIV-positive patients are unaware of their HIV status as a result of the low percentage of people who have been tested. 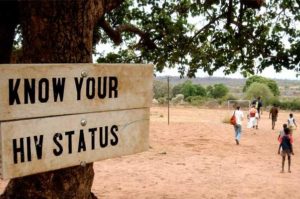 We have previously reported that new treatment in HIV patients has controlled the effects of the virus. However, a question remains: could patients treated with antiretroviral therapy (ART) have a higher risk of having health problems? Some significant aspects of the differences in the quality of life between HIV patients treated with ART and HIV-negative individuals are addressed in a recent study.

It is known that once HIV enters the brain early after acute infection, it can cause cognitive changes that persist (read HERE) after ART, and that some drugs used in the treatment of HIV have side effects. These patients also have a risk o 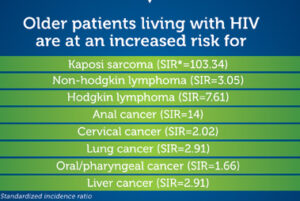 A large study published in the journal AIDS (September 1, 2020 – Volume 34 – Issue 11 – p 1673-1679) explored whether HIV is associated with dementia in older US veterans. It included 144 HIV-positive veterans aged at least 55 years, and 114 HIV-negative veterans. The conclusion of the study was that HIV infection increased the risk of dementia by 50%.

The authors say that “It is critical to understand the mechanisms by which HIV increases the risk for developing dementia in later life.”