Skip to content
Home/Bioethics, BIOETHICS NEWS, Demography, NEWS and VIEWS, Regulation of human reproduction/China demographic crisis out of control. A giant with feet of clay

China demographic crisis out of control. A giant with feet of clay

China’s demographic control policy has been an issue of concern, primarily due to its draconian one-child policy and the known female discrimination before birth, with abortion prescribed by law for those who go over quota. These long time measures have led to a great demographic imbalance between men and women — comparable only to India — and a dramatically aging population. The policy was originally implemented to curb the rapidly growing population.

In this sense, a recent article published in the British medical journal THE LANCET – WORLD REPORT (21 November) gives a short but comprehensive review of the issue. This is a demographic matter with a strong repercussion in bioethics and human rights: violation of the reproductive rights of the family, discrimination before birth, parents with more than two children repressed and policies aimed at eliminating certain ethnic minorities by prohibiting them from having children or sending the father to labor camps, etc. (read HERE).

What is certain is the social effect of these political measures: few children, men unable to marry and have a family, and a population aging faster than almost any other country, with its severe social consequences.

Five years ago, the ruling Communist Party introduced the 2-children policy, a measure aimed at reversing this multifaceted demographic crisis, but those expectations have not panned out. The birth rate has continued to decline year on year since 2016. According to the latest statistics, the number of births had dropped by 580,000 this year, with a birth rate of 10.48 per 1000.

Among the reasons for this failure are: 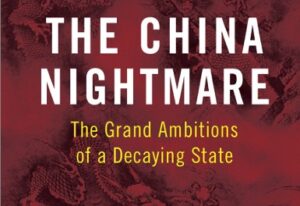 China dramatic demographic crisis. A giant with feet of clay

The conclusion of the aforementioned article is that nothing is being done to improve the fertility of Chinese couples, with the exception of the following recent statement from Jie Qiao, director of Peking University Third Hospital and the National Clinical Research Center on Obstetrics and Gynecology, Beijing, who believes that “the number and size of reproductive medicine centers [in the country] will dramatically increase”, to reassure couples who had booked their trip to be treated abroad and had to cancel it due to Covid 19. However, in our opinion, given the number of children born using assisted reproductive techniques — around 3% of live births according to global figures — it seems that resorting to assisted reproduction is not an effective measure to solve the serious problem of low birth rates in China and its potentially devastating demographic consequences. Further political, sociological and medical studies are needed.

The decaying state of China’s population