Last March, the Bioethics Observatory at the Catholic University of Valencia drew up a document entitled, “Euthanasia comes to Spain. Medical, legal and social reflection”, in which we synthetically evaluated the possible legalization of euthanasia in Spain following a bill proposed by the Spanish socialist parties Partido Socialista Obrero Español (PSOE) and Unidas Podemos (UP). At that point, some 175,000 copies of the document had been distributed, and it had been debated in different media. The report was also sent to several members of parliament and senators. Now, in the midst of a second severe outbreak of coronavirus, the controversial initiative proposed by the ruling left-wing parties was presented for voting in Parliament. 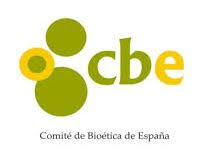 In this respect,  the Spanish Bioethics Committee, the government advisory body published a Report, in which shows the objective bioethical problems that the bill presents. Our observatory fully subscribes to this statement, which makes clear the serious ethical difficulties of the aforementioned project, aggravated by the inopportune moment in which it has been presented. The following are the Conclusions (read entire document HERE).

Throughout this report, we have seen that there are solid reasons for rejecting the transformation of euthanasia and/or assisted suicide into a subjective right and a public service provision. This is not only for social and health reasons but, beyond that, for ethical reasons of life, dignity and autonomy. A person’s desire that a third party or the state itself end his or her life, directly or indirectly, in cases of great physical and/or mental suffering must always be viewed with compassion and met with effective compassionate action to prevent pain and ensure a peaceful death. Nevertheless, we do not consider that such compassion ethically and legally legitimizes a request that neither finds support in true autonomy —- given the current context of palliative and social health care — nor, moreover, is limited in effect to the individual’s own private space.

The protection of human life is devalued

Legalizing euthanasia and/or assisted suicide implies embarking on a path of devaluing the protection of human life, whose boundaries are extremely difficult to foresee, as the experience of our environment shows us. Moreover, euthanasia and/or assisted suicide are not signs of progress, but rather a regression of civilization, for in a setting in which the value of human life is often contingent upon considerations of social utility, economic interest, family responsibilities and public spending, the legalization of early death would add a new set of problems.

We believe that the compassionate gaze with which we have insisted throughout the Report that the request of the subject seeking euthanasia and/or assisted suicide should be appraised is already normatively included in our Criminal Code. This explains why in Spain, imprisonment for euthanasia is not only unusual, but also unheard of in recent decades.

The comprehensive and compassionate protection of life leads us to propose the establishment of protocols, in the context of good medical practice, for the use of palliative sedation in specific cases of refractory existential suffering. This, together with the real generalization of palliative care and improvement of social and health support measures and resources — with particular reference to support for mental illness and disability — should ethically and socially constitute the path we must take immediately, not the path proclaiming a right to end one’s life through a public service provision. Read Belgium involuntary euthanasia figures.

What has been said, moreover, becomes even more meaningful after the terrible events we have experienced a few months ago, when thousands of our elderly have died in circumstances far removed from what is not only a dignified life, but also a minimally dignified death. Responding with euthanasia to the “debt” that our society has incurred with our elderly following such events does not seem to be the true path to which an ethic of care, responsibility, and intergenerational reciprocity and solidarity calls us. (Madrid, 6 October 2020).

The slippery slope of euthanasia after legalization. Netherlands example