Mental health of LGBTQ youth underestimated by the scientific community

“Prudence demanded from a large part of the scientific community, must be exercised in order to avoid the consequences of treatments or interventions that, far from helping these people, push them into desperate situations.”

Our Observatory has published several articles about the health of this collective because we consider that their healthcare could improve in Western countries (read HERE and HERE). Read also about reviews without solid evidence on mental health studies of trans youth HERE and the obstacles to study this issue at the scientific level HERE.

In this respect, the Trevor Project, a US non-profit organization working on crisis intervention and suicide prevention among young LGBTQ people, has published the results of a survey on LGBTQ Youth Mental Health, conducted before the coronavirus pandemic hit the country, between 2 December 2019 and 31 March 2020.

With a sample comprised of 40,000 young people between the ages of 13 and 24, the results of the study are very worrying. Although there are previous studies on the prevalence of suicidal tendencies and other mental disorders among the transgender population, the present study confirms the high incidence of these problems (read HERE). Specifically, 68% of respondents reported having symptoms of anxiety disorder, 55% revealed symptoms of depressive disorder, and 48% confessed to having engaged in self-harm at some point. The analysis reveals the widespread mental distress among the youth of this community.

What is happening in the Coronavirus era with LGBTQ youth mental health?

Amit Paley, CEO and Executive Director of The Trevor Project, said that the coronavirus pandemic is likely to have worsened the situation for some LGBTQ youth, one of the communities that, according to some experts, could be disproportionately affected by the coronavirus. 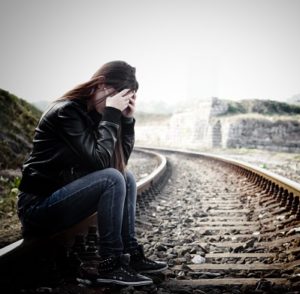 Some of the findings are summarized below:

Is it correct to complete the depathologization of gender dysphoria or transgender and other tendencies in LGTBQ collectives?

The present study confirms data from previous studies, which show a very high incidence of psychological problems related to transgender behavior. These findings should prompt a rethink of those positions that seek the complete depathologization of gender dysphoria or transgender and other tendencies promoted from LGTBQ collectives. These groups present them as simple alternatives to binary sex, which would require no more consideration than easy access to their needs, including the introduction of hormone-blocking and transition treatments, or sex “reassignment” surgeries, which entail — and we must not forget — enormous risks to those who undergo them. The high prevalence of psychological disorders, including suicidal tendencies, in this group, contradicts those who seek to normalize gender reassignment processes, even at prepubescent ages. In doing so, they ignore the need for diagnoses and multidisciplinary medical treatments and support to help address problems underlying gender dysphoria that may be seriously aggravated after these interventions. Prudence demanded from a large part of the scientific community, must be exercised in order to avoid the consequences of treatments or interventions that, far from helping these people, push them into desperate situations.