Skip to content
Home/Bioethics, BIOETHICS NEWS, Drugs and Addictions, NEWS and VIEWS/Opioid litigation in the United States. The crisis appears to be far from being resolved and deaths continue to rise

Opioid litigation in the United States. The crisis appears to be far from being resolved and deaths continue to rise

As we said in two previous articles (HERE and HERE), the opioid epidemic has grown with the coronavirus outbreak, with more than 70,000 deaths every year in America alone. Amid the pandemic, the death toll continues to spiral out of control.

In this respect, a recent article published in The Washington Post (6 November 2020) gives an update on the legal battle resulting from this crisis. It is of bioethical interest because it gives us an idea of the social damage produced by the opioid epidemic and the controversy surrounding responsibilities and alleged compensation of the affected families.

The article reports the principal allegation that prompted the two-year legal battle and the large controversy surrounding it.

Liability for the opioid crisis. The controversy reaches its climax 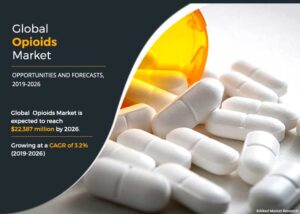 “In the opioid lawsuits, public officials have alleged that the opioid manufacturers, distributors and pharmacies knew, or should have known, that billions of the highly addictive pills they produce and sell for legitimate pain patients were siphoned off by fraudulent doctors, illegal pill mills and negligent pharmacies to people who abused the drugs…” The main responsibility for the health crisis provoked by opioids abuse is the companies that produced and sell them, according to the Officials. From a bioethical point of view, the Journal’s description of the allegation pretending to synthesize omits a capital point: the aggressive media campaign during years performed by the companies that affected the pubic opinion without any supervision of the State. The article continues, “More than 100 billion doses of two opioids — oxycodone and hydrocodone — flooded the country between 2006 and 2014”.

To treat to resolve the complex multidistrict litigation that has been in the courtroom for more than two years the aforementioned article reports that  “Four companies that made or distributed prescription opioids and played roles in the catastrophic opioid crisis have reached a tentative $26 billion settlement with counties and cities that sued them for damages in the largest federal court case in American history.”

Opioid litigation in the United States. The crisis appears to be far from being resolved and deaths continue to rise