The article is a summary of a consensus document drawn up by the Spanish National Transplant Organization (NTO) and the Spanish Pediatric Association (AEP in Spanish), and aims to facilitate organ and tissue donation processes in children and neonates. The paper analyzes the ethical foundations of these techniques in children, especially controlled organ donation after circulatory death (DCD). Other aspects are also discussed, such as the principles of clinical evaluation of potential donors, diagnostic criteria for brain death and criteria for cardiac and respiratory arrest.

From that point on, a series of bioethical considerations arose when considering as potential donors those patients to whom limitation of therapeutic effort (LTE) — also called limitation or withdrawal of life-sustaining treatment (LST) — was to be applied.

Issues of ethical debate of organ donor in pediatrics

The ethical debate focused on the following aspects: when and who makes the decision to limit LST; the cardiorespiratory arrest time for the diagnosis of death (five minutes in Spain); pre-mortem preservation measures, such as the administration of drugs or placement of intravenous catheters (instrumentalization of the donor); and post-mortem preservation measures that aim to avoid restarting the cerebral circulation.

Recommendations in relation to these topics

Of particular interest are the conclusions and recommendations in relation to organ donor in pediatrics, formulated by the working group constituted in the Valencia Regional Health Department in 2014:

– There must be a separation of the decision to limit LST from the decision to donate. Obtaining consent to limit LST must be based on scientific-technical and ethical criteria, and must be agreed upon, after thorough deliberation by the medical team, before being discussed with the family.

– Consent for the donation, requested by the transplant team, must be obtained after the withdrawal of LST and before the diagnosis of death. The information process should be complete and should include the possibility of donor organ failure.

– If there is a real or perceived conflict between the objectives of providing optimal end-of-life care and the goal of procuring viable organs for transplantation, the priority will be to optimize patient care and comfort.

– Design and scrupulous follow-up of the limitation of LST and Donation protocols that are approved by the Bioethics Care Committee.

– In donation after circulatory determination of death, the information process must always be transparent. Respect for the dignity of the deceased and confidentiality, as well as facilitating the process of family mourning, are essential.

– The competent authorities should promote education and information campaigns, highlighting the benefits that transplants provide to people who need human organs, emphasizing their voluntary, altruistic and selfless nature.

Ethical dilemma. The validity of proxy consent to authorize treatment in the donor

In the special case of children, specifically based on the NTO and AEP consensus document, other ethical dilemmas arise, such as the validity of proxy consent to authorize treatment in the donor (ante mortem), and donation in pediatric palliative care patients (including at-home palliative care).

Also presented in this document is the future objective of “donation in the case of neonates with neural tube defects with limited to very short term extrauterine life expectancy”. In this situation, parents would be proposed the alternative of bringing the pregnancy to term rather than having an abortion (if that had been their decision). Palliative care would be maintained at the time of birth, to eventually proceed to limitation of LST and DCD. 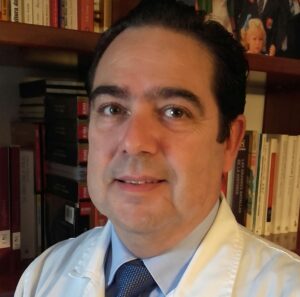