Skip to content
Home/Bioethics, BRIEF NEWS/Remembering Robert M. Veatch Ph. D. with our recognition of his brilliant career in bioethics

Remembering Robert M. Veatch Ph. D. with our recognition of his brilliant career in bioethics

The Kennedy Institute of Ethics at George Town University sent us an email with the sad news of the death of Robert M. Veatch Ph.D. on November 9. We send this In Memoriam to our readers as a means of recognizing the great personal value and his brilliant career in the field of bioethics. 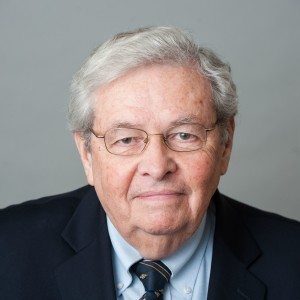 Bob Veatch was a founding figure in the field of bioethics. He spent the majority of his long career at Georgetown University’s Joseph P. and Rose F. Kennedy Institute of Ethics (KIE) spending 40+ years there and serving as a former Director of the Institute from 1989-1996. He began the Kennedy Institute of Ethics Journal (1991) and served as Senior Editor until 2011. He also co-founded and edited the Ethics and Intellectual Disability Newsletter. Before coming to Georgetown, he began his career at the Hastings Center in 1970.

His primary research interests in bioethics included transplantation ethics, ethical issues in death and dying, and issues of consent both in therapy and in human subjects research and he made major contributions in all of those areas.

Bob served the field of bioethics in many ways, as a teacher, a prolific author, a member of advisory committees and editorial boards, and as an ethics consultant to important legal cases, including the landmark legal case of Karen Ann Quinlan, the woman whose parents won the right to forgo life-support (1975-76). He also testified (in support of the mother) in the case of Baby K, an anencephalic infant whose mother argued for a right of access to continued ventilatory support (1994). From 1981 to 1982, he served as a consultant to the President’s Commission for the Study of Ethical Problems in Medicine and Biomedical Research.

In the area of organ transplantation, Bob shared his expertise in developing and refining policies that support fair and ethical acquisition and allocation of human organs. Since 1988, he served as a member of the Governing Board of the Washington Regional Transplant Community, the organization responsible for organ and tissue procurement in the Washington, DC metropolitan area. He also served as a member of the Ethics Committee and the Vascular Composite Allograft Committee of the United Network for Organ Sharing (UNOS), the national body regulating all transplant in the US. He reviewed research ethics as a member of numerous Data Safety and Monitoring Boards and Institutional Ethics Committees.

Bob authored multiple books, including Case Studies in Medical Ethics (1977), A Theory of Medical Ethics (1981), The Foundations of Justice (1986), and The Patient as Partner: A Theory of Human Experimentation Ethics (1987), Death, Dying and the Biological Revolution (1989), Cross Cultural Perspectives in Medical Ethics (1989), Transplantation Ethics (2000),and Patient, Heal Thyself (2009).He co-authored, edited or co-authored volumes more – sometimes working on several manuscripts at one time — such as, Case Studies in Nursing Ethics (1987) (with Sara T. Fry), Ethics, Trust and the Professions (1991) (co-edited with Edmund D. Pellegrino and John P. Langan, S.J.), Ethical Issues in Death and Dying (1997) (authored with Tom L. Beauchamp), Source Book in Medical Ethics: A Documentary History (1998) (edited with Albert Jonsen and LeRoy Walters), Advance Directives and Surrogate Decision Making in Health Care (1998), edited with Hans-Martin Sass and Rihito Kimura, Defining Death, co-authored with Lainie F. Ross (2016) and most recently, the fourth edition of The Basics of Bioethics, co-written with Laura Guidry-Grimes (2019). He also contributed many book chapters, several reports on a range of topics and wrote multiple articles that were published in leading journals in medicine and bioethics.

Bob received the National Book Award from the National Medical Writers Association for Case Studies in Medical Ethics, the Distinguished Achievement Award of the United Methodist Association (2002), the Research Career Achievement Award from Georgetown University (2005), the Lifetime Achievement Award of the American Society of Bioethics and Humanities (2008), The Henry Knowles Beecher Award, The Hastings Center (2013) and the Distinguished Service Award of St. George’s University School of Medicine (2014). In 2008, he delivered the prestigious Gifford Lectures at the University of Edinburgh, speaking on “Hippocratic, Religious, and Secular Medical Ethics: The Points of Conflict,” published by Georgetown University Press (2012). A complete list of publications will be posted at the KIE’s Bioethics Research Library.

What distinguished Bob was his humanity, humility and generosity of spirit and of his time. He was at the top of his field and had made profound contributions to many areas, but he remained always willing to make his expertise accessible to very diverse audiences ranging from high school students, to parents of visiting undergraduates, and the community, as well as his undergraduate and graduate students. He offered wise counsel in conversations with his peers and scholars in the field, and visiting researchers from around the globe who came to the Kennedy Institute.

He loved genealogy and had confirmed a Veatch connection to the Stuart (Stewart among the Scots) dynasty.  He was a long-time fan of bluegrass and Bob and his wife Ann were founding members of the Lucketts Bluegrass Foundation in Lucketts, Virginia, location of the world’s longest running bluegrass concert series (45 years strong!). He used to laugh and say that he thought likely he was the only undergraduate at Harvard reading Plato while listening to bluegrass. Bob was a Peace Corps volunteer in Nigeria from 1962-1964.

Bob is survived by his wife, Ann Bender Veatch; his son and daughter-in-law, Paul and Kate Moriarty; his son, Carl; his brother and sister-in-law, Bill and Reggi Veatch; his niece Carrie Veatch; his stepchildren: Lynn, Michael, and Nick Pastore; and numerous step-grandchildren and step-great-grandchildren. A memorial service will be scheduled at a later date.