The high rates of acceptability of issues such as embryonic gene editing for the simple modification of its characteristics, or the high number of respondents who say that the human embryo is nothing more than a clump of cells, show, in addition to scientific ignorance of the proposed topics, poor education in bioethical issues, giving preference to any scientific advance rather than limiting it for ethical reasons. 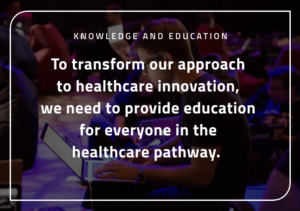 A survey conducted in the five most populous countries of the European Union – Germany, United Kingdom, France, Italy and Spain (read HERE) – on a sample of 1,500 individuals examined in each country, among other things, the values and attitudes of people in relation to different areas, including bioethics. The fieldwork was carried out by Ipsos between April and July 2019. The BBVA Foundation Department of Social Studies and Public Opinion designed the questionnaire and analyzed the data obtained.

Some particularly relevant information can be inferred from the results of this survey, which are presented in summary form below.

In terms of interest in the various issues raised, interest in medicine and health scored highest in the countries included in the study, with the exception of France, where the issue of greatest concern is the environment. Similarly, doctors are the professional group that people trust most, ahead of scientists, engineers and environmentalists.

Spaniards are the most opposed to imposing limits

Asked whether ethics should set limits on scientific advances, again it is the Spanish who mostly think it should not, with 55%. In Italy, albeit to a lesser extent, they also largely believe that ethics should not set limits on scientific advances. In other countries, the majority view is that this limit should be established.

Scientific ignorance in EU in bioethical issues shows a study

With respect to the specific issues that generate ethical debate, Spain is once again the country where its people have the least ethical objections of all the countries analyzed in matters such as the cloning of animals and humans, as well as genetic modification of plants and animals to produce food and drugs.

The Spanish are also the Europeans who have fewer ethical objections to transplantation of animal organs and tissues to humans.

Asked about the moral acceptability of the use of brain implants to modify certain behaviors, such as preventing impulsive or violent reactions, or to increase the mental abilities of normal people, Spaniards are also the Europeans who show greater ethical acceptance of these interventions.

On the moral acceptability of in vitro fertilization, it is the British, Spanish and French, in that order, who show the greatest acceptance, with Italians and Germans being the ones who raise the most ethical objections.

With respect to the nature of the human embryo, the French, British and Spanish, also in that order, are the Europeans who consider it to be just a cluster of cells, so it would be pointless to talk about its moral condition. At the opposite end are the Italians and Germans, for whom, for the most part, it would have the same moral condition as a human being.

Most Germans, French, and Italians would morally reject research with human embryos

The most permissive country of those analyzed in terms of the moral acceptability of research with human embryos that are a few days old for medical purposes is again Spain, followed by the United Kingdom. Most Germans, French, and Italians would morally reject these practices.

Gene editing of human embryos for different purposes, such as preventing the transmission of genetic diseases, increasing mental abilities, or changing physical characteristics such as eye color or height, also offers surprising results: again, Spain is the most morally permissive country, showing higher acceptability rates for all three scenarios.

Conclusion. Scientific ignorance in EU appears to be  the common denominator

The results of the study are very worrying, to say the least. The high rates of acceptability of issues such as embryonic gene editing for the simple modification of its characteristics, or the high number of respondents who say that the human embryo is just a clump of cells, show, in addition to the scientific ignorance of the proposed topics, poor education in bioethical issues, giving preference to any scientific advance rather than limiting it for ethical reasons.

It should be mentioned that bioethics, which among other things sets limits to biomedical experimentation, does so in order to prevent certain scientific advances from actually posing unacceptable risks that represent attacks on respect for human dignity. In other words, something that is being proposed as a breakthrough may actually be a setback, because it violates our nature and rights.

It is particularly concerning to note that it is the Spanish who demonstrate the most ethical permissiveness for controversial issues, some even banned worldwide, such as gene editing of human embryos for the purpose of enhancement.

Reconsidering the need for bioethics teaching, which is proposed across the board in the education of citizens, and more so of Spanish people, becomes more urgent following this study. Respect for life and human dignity demands it.