We have published several articles about fertility clinics’ procedures (read HERE and HERE). In countries where there is non-anonymous gamete donation, these clinics should respect the donor’s wishes. In our opinion, this is in the best interests of the children produced, and a means to control the assisted reproduction process.

Because it is a sensitive issue, we shall transcribe what the donor referred to in the title of this article said in a story published in the British newspaper The Mail on Sunday (read HERE). In this way, the reader can draw their own conclusions objectively as to whether the allegations and justice were right or not. 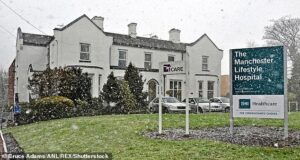 “A man says he has been left devastated after a leading fertility clinic used his sperm against his wishes to father nine children with same-sex couples and single women. Neil Gaskell told Care Fertility in Manchester – which describes itself as ‘one of the world’s leading providers’ of IVF – that he wanted his sperm to go only to heterosexual couples when he agreed to become a donor in 2010 […] An official donor consent form made clear the restrictions he wished to place on his donation.”

“But clinic officials were forced to confess that ‘mistakes had been made’ when an official audit by the fertility regulator, the Human Fertilisation and Embryology Authority (HFEA), revealed five children had been born and given to three same-sex couples [our emphasis], including a set of twins, using Mr. Gaskell’s sperm.”

In an interview with the journal, Mr. Gaskell said “I accept that some people will find this uncomfortable and that people might think I’m homophobic, or against the idea of single mothers”

“But that couldn’t be further from the truth. This wasn’t about discriminating against same-sex couples, it wasn’t for religious reasons and I don’t accept that it’s bigotry. I think about these families – these children – every day, all the time.”

“But you can’t argue with biology. It takes a man and a woman to create a child, and it’s my view that if children are being born with my sperm they must have a mother and a father.”

Mr. Gaskell continued telling his story ‘The lady from the clinic, who filled in the form on my behalf, said some people want to put “Not for same-sex couples. So I asked her to write that down.”

“Because the form also said that the donation would go to a maximum of ten families, I assumed that meant it would go to couples, not single women.”

“I wanted to protect the sanctity of my own family, my own children. If the donor-conceived children had a father figure, I thought it would reduce the chances of them making contact with me later on.”

‘They may have a fantastic upbringing and be cared for deeply. But if they had same-sex parents or a single mother, other kids might ask, “Where’s your dad?” They’d be more curious about me.”

“I worried about how they’d be brought up, whether they’d be bullied in the playground, or about having two mums. I didn’t want that for my children. I accept that’s going to be divisive, but it’s how I feel.”

After four years of judicial battle, the clinic has paid Mr. Gaskell a sum acknowledging their wrongdoing.