Suicide in coronavirus pandemic. What is the age group that could be more affected?

Suicide is a relevant issue in bioethics because it is a preventable death that demands effective campaigns, prevention and social mobilization to stop this trend, particularly among young people. We have published the results of a study from 2009 to 2017 that showed a decrease in suicide with gunfire in the American states where the sale of gunfire was restringed, the more frequent means of death by suicide (read HERE). Still, another article with the latest figures of suicide in America has been published in Mental Health Awareness Month (May) where we concluded: “[Suicide] is one of the leading causes of death across all age groups but with a higher incidence in the age group of 15 to 29 years…” (read HERE). 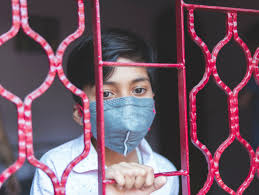 An article published in the American journal The Washington Post (November 23, 2020) approaches the issue with figures during the coronavirus crisis. We excerpt the more interesting from a bioethical point the view without quote many particular cases of young people who killed themself, the reader could see  HERE.

The article begins with this surprising news “One in 4 young adults have struggled with suicidal thoughts since the coronavirus hit, CDC says…when the Centers for Disease Control and Prevention recently asked young adults if they had thought about killing themselves in the past 30 days, 1 of 4 said they had.”

The article continues, “In Arizona’s Pima County, officials have sent two health bulletins alerting doctors and hospitals to spikes in suicides. In Oregon’s Columbia County, the number of suicides by summer had already surpassed last year’s total. In the sprawling Chicago suburbs, DuPage County has reported a 23 percent rise compared with last year. And in the city itself, the number of suicides among African Americans has far surpassed the total for 2019, even as officials struggle to understand whether the deaths are being driven by the pandemic, racial unrest or both. What has shocked medical examiners in Chicago is the age range — from a 57-year-old deputy police chief to a 9-year-old child.”

The author makes a review of suicide in the US, “Even as suicide rates have fallen globally; they have climbed every year in the United States since 1999, increasing 35 percent over the past two decades. Still, funding and prevention efforts have continued to lag far behind all other leading causes of death. Then came the pandemic.”

This moment especially appears to be more perilous for young people

According to the author, what makes this moment especially perilous for young people is that their suicide rates were rising faster than any other group in America and some developed countries. “Between 2007 and 2018, suicides increased 56 percent among teens and young adults.” in the US. “The pandemic could accelerate that trend. A federal study on the coronavirus’s mental impact in August found that the youngest people surveyed had the highest rates of increased anxiety, depression, substance use and other mental health problems.”

The article continues with the opinion of a specialist, “At that age, you’re looking for your place in the world, searching for your identity,” said Jonathan Singer, a suicide researcher and president of the American Association of Suicidology. “To be stuck in life right now, not able to get a job, not able to plan and see a way forward — to be home and feeling like you’re a burden — it’s challenging.”