Last December, we published a special report entitled, Transsexuality (transwomen) and elite sport: scientific and ethical aspects (December 11th, 2019). In this particular bioethical issue, the final say is not a matter of opinion; only a scientific approach can resolve it. In the aforementioned article, we wrote that “As a result, the statistical validity of study results was compromised, with the introduction of major biases depending on the condition of biological sex in the individuals recruited for such studies, implying openly different phenotypic characteristics between sexes that remain — albeit disguised — after hormonal gender transition treatments (SEGARRA, Ignacio, et al. Sex-divergent clinical outcomes and precision medicine: an important new role for institutional review boards and research ethics committees. Frontiers in Pharmacology, 2017, vol. 8, p. 488.) (PRAGER, Eric. Addressing sex as a biological variable. Journal of Neuroscience Research, 2017, vol. 95, no 1-2.)”

Since the report was published, the issue has also spread from elite sport to many other types of sports at all levels. This controversy is affecting women’s sport mainly in English-speaking countries, and is perhaps the first time that some ideologies — trans, feminist, and women’s’ rights activists — have clashed in the field of sport. The issue has been brought to court several times, and has been widely broadcast in the media. In Internet searches alone, the subject appears more than 79 million times.

The difficult matter to be resolved is fairness and equality in several sports when cis- and transwomen compete. The matter is heightened with the ideological and political interests of LGBT activists.

Lawmakers are proposing legislation to change athletic transgender policy (suppression of testosterone production for 1 year). Solely in the US, “[m]ore than a dozen states have introduced new bills in the past two months alone, including in West Virginia, Washington, Iowa, New Hampshire, Tennessee, and South Carolina”. Lawmakers have argued that transgender athletes are gaining an unfair advantage in sports at all levels at the expense of cisgender girls and women. (The Washington Post, July 27, 2020)

As we said above, a bioethical approach should be made on the basis of scientific evidence and should be updated if new evidence appears. In this sense, we excerpt some of the more interesting points from some studies that may help clarify the issue. While it is also true that each sport has its own particular characteristics, in our opinion, the data provides a strong basis for a comprehensive statement, with some nuances: “Within the specific context of sports, accommodation, which must safeguard the rights of all women – whether cisgender [women whose sense of personal identity corresponds to the sex and gender assigned to her at birth] or transgender will probably vary from sport to sport, from age group to age group, and in light of the level of competition at stake” NEJM (November 4, 2020). A no less important issue is the safety of women who encounter transwomen in some sports, which we will address in detail because it is the main reason for the recent ban of transgender athletes by World Rugby.

South Africa’s Caster Semenya competes to win the gold in the women’s 800-meter final during the Diamond League in Doha, Qatar, Friday, May 3, 2019. (AP Photo/Kamran Jebreili)

The foundation of this controversy is based on a widely acknowledged fact: “Men dominate world record time in almost all sports…male physiology features are the main factors underpinning enhanced male athletic performance. To give women any chance of winning, most sports have divisions of men’s and women’s. But how does this structure cope with those who wish to move from one category for the other (in particular men to women)” (JME, June 19, 2019)?

As we said above, last month World Rugby international association banned transgender athletes to play in women’s divisions. Without a doubt, the reasons given can help to understand the issue. In spite of the fact that Rugby is an extremely aggressive sport, we can extrapolate some reasoning to other sports with a minor grade of risks. 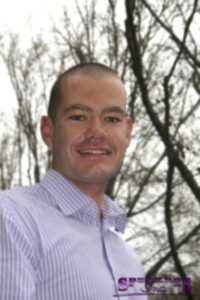 Below are some of the reasons given by sports scientist Ross Tucker, one of the authors of the World Rugby guidelines that lead to the ban:

“We split sport within a sometimes arbitrary range because if we didn’t do that, the smallest boxer would never win,” says Tucker. “The athlete with the most severe cerebral palsy would never have the opportunity to win that medal … and, similarly, those who are female and therefore physiologically different in their biology would have zero chance of winning those medals if they had to compete in an open category against males.”

“The scientific, biological differences between men and women are so large, they would render women irrelevant in elite-level sport. Therefore, we protect a category of people who do not have the advantage in order for their sport to have the same meaning. Now, we can have a Usain Bolt, who won the 100m gold medal, and we can give the same medal – of equal value – to Shelly-Anne Fraser-Price because they’ve both expressed the attributes that we recognize as making them the world’s best sprinter.”

These traits evolve with the age: “That disparity is almost invisible in pre-pubescent children – in fact, girls tend to outperform boys around the age of 10 – but that all changes as soon as puberty hits.

“Males have testes, and testes produce testosterone – along with a few other hormones – which collectively are known as ‘androgens’, which means ‘male-making.’ Androgens are responsible for generating ‘male-ness’ … and the bits of that that are relevant to the sport are: increased muscle mass; increased skeleton growth; changes to the shape of the skeleton; the cardiovascular system changes [our emphasis] … this creates, in males who’ve undergone puberty under the influence of these androgens, greater strength, greater power, greater endurance capacity, and the ability to produce forces at higher speeds than in women.”

The sports scientist clarifies, “Of course, that’s not universally true: there are plenty of small, weak men, and plenty of large strong women. There are 10,000 men who are faster than the fastest women in the world over 100 meters. That group of men includes 15- and 14-year-old boys. The argument for sport is this: we don’t want to compare a very fast woman to a mediocre man. So the comparison between, say, Paula Radcliffe, or Katie Ledecky in the swimming pool, is not against someone like you or me, it’s against someone who is competing at the same relative level.”

“A decent, tolerant society understands that there are people whose gender identity does not match their biological sex … and a tolerant society accepts this is the case and wants those people to have every right to identify.

“The trouble for sport is it creates a situation, effectively, of colliding rights. Because there’s a question now over whether that person’s self-identification imposes on another person’s rights for fair or safe competition.”

In Tucker’s opinion, the person with dysphoria must have a place to make a career in sport, as he says ”A decent, tolerant society understands that there are people whose gender identity does not match their biological sex … and a tolerant society accepts this is the case and wants those people to have every right to identify.

As a sports scientist, he explains the principles that should be followed by sports in general, not only rugby teams (read Tucker’s full interview HERE).

We can provide further details from other specialists, including data on the differences between males and females in terms of st 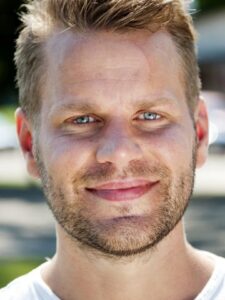 rength, power, endurance capacity and the ability to produce forces at higher speeds, but our article aims to clarify the implications of including transwomen for women’s teams.

Another thing to be considered is the current condition imposed by women’s sports federations to include transwomen in their teams is the suppression of the production of testosterone for a year before allowing them to join. But a review by Dr. Hilton and Tommy Lundberg, a physiologist at the Karolinska Institute of Stockholm and several other specialists do not agree with these measures. They analyzed 11 scientific papers; three measured strength directly, while the rest measured either muscle size or “lean body mass”, defined as a total body weight minus the fat. Most reported changes in the order of a 5% loss after one to three years of suppressing testosterone. They concluded that “…no amount of testosterone suppression in adulthood can bring male athletes (i.e. transgender women’s physiology) into line with female ones”.

In our opinion, applying the principles of fairness and equality to ban transwomen in women’s teams in rugby has a strong scientific basis that could be extrapolated to other sports, as Tucker suggests. He ends his statements with some possible solutions for giving transwomen opportunities for competing in sports, he says “There aren’t any easy fixes. Some sports might consider open competition, like many social leagues do, with players signing up voluntarily. Administrators could also create a third category for trans athletes […]”

.There is evidence of the great differences between the bodies of men and women, and that transwomen retain male traits even after hormonal gender transition treatments. It is a matter of fairness and equality that the different sports authorities take these principles into account when they consider the inclusion of transwomen in their teams. From a bioethical point of view, a failure would override the rights of sportswomen to compete in their own category, and would put their safety at risk.