In 2015, we published an article entitled, “Near death experiences and consciousness after clinical death. The biggest scientific study ever published”, based on a large study by Dr. Sam Parnia and other prestigious scientists published in the Official Journal of the European Resuscitation Council. The article opens with the statement that, “Southampton University scientists have found evidence that awareness continues for at least several minutes after clinical death, which was previously thought impossible.”

For this reason, organ harvesting without absolute certainty of complete loss of consciousness by the donor must be avoided.

The great strides made in neurology and the study of the brain in recent decades have allowed scientists to revise their opinion about whether consciousness remains after clinical death, and admit so-called near death experiences. The aforementioned study says that, “The evidence thus far suggests that in the first few minutes after death, consciousness is not annihilated. Whether it fades away afterward, we do not know, but right after death, consciousness is not lost. We know the brain can’t function when the heart has stopped beating” [emphasis added].

This evidence is of great bioethical interest. Advances in transplantation worldwide, the need to harvest the organ from the body as soon as possible and transplant guidelines should consider this latest discovery and apply caution. Further studies are needed to evaluate these phenomena, but the evidence obtained by Parnia and colleagues is consistent. 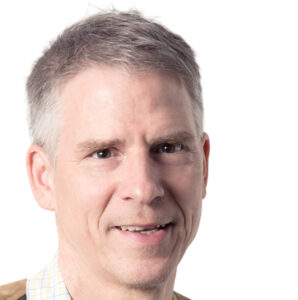 What do neuroscience researchers say about this issue 5 years after Parnia’s study? In this respect, Scientific American published an article entitled, “What near death experiences reveal about the brain” (1 June, 2020). The author, Christof Koch, is a researcher at the Allen Institute for Brain Science (1). We excerpt what scientists know so far:

“Near-death experiences, or NDEs, are triggered during singular life-threatening episodes when the body is injured by blunt trauma, a heart attack, asphyxia, shock, and so on. About one in 10 patients with cardiac arrest in a hospital setting undergoes such an episode. Thousands of survivors of these harrowing touch-and-go situations tell of leaving their damaged bodies behind and encountering a realm beyond everyday existence, unconstrained by the usual boundaries of space and time. These powerful, mystical experiences can lead to permanent transformation of their lives.”

The author describes these real [emphasis added] episodes: “NDEs are not fancy flights of the imagination. They share broad commonalities—becoming pain-free, seeing a bright light at the end of a tunnel and other visual phenomena, detaching from one’s body and floating above it, or even flying off into space (out-of-body experiences). They might include meeting loved ones, living or dead, or spiritual beings such as angels; a Proustian recollection or even review of lifetime memories, both good and bad (“my life flashed in front of my eyes”); or a distorted sense of time and space. There are some underlying physiological explanations for these perceptions, such as progressively narrowing tunnel vision. Reduced blood flow to the visual periphery of the retina means vision loss occurs there first.”

To sustain his affirmation, Koch says that, “[a] 2017 study by two researchers at the University of Virginia raised the question of whether the paradox of enhanced cognition occurring alongside compromised brain function during an NDE could be written off as a flight of imagination. The researchers administered a questionnaire to 122 people who reported NDEs. They asked them to compare memories of their experiences with those of both real and imagined events from about the same time. The results suggest that the NDEs were recalled with greater vividness and detail than either real or imagined situations were. In short, the NDEs were remembered as being ‘realer than real’.”

While the author, as a scientist, believes that these phenomena are a “consequence of the natural causal powers of our brain”, he also acknowledges some difficulties in explaining them: “The challenge, then, is to explain NDEs within a natural framework. As a longtime student of the mind-body problem, I care about NDEs because they constitute a rare variety of human consciousness and because of the remarkable fact that an event lasting well under an hour in objective time leaves a permanent transformation in its wake, a Pauline conversion on the road to Damascus—no more fear of death, a detachment from material possessions and an orientation toward the greater good. Or an obsession with risk and death in other cases.”

Koch continues with a historical review of the subject: “It must be remembered that NDEs have been with us at all times in all cultures and in all people, young and old, devout and skeptical (think, for instance, of the so-called Tibetan Book of the Dead, which describes the mind before and after death). To those raised in religious traditions, Christian or otherwise, the most obvious explanation is that they were granted a vision of heaven or hell, of what awaits them in the hereafter. Interestingly, NDEs are no more likely to occur in devout believers than in secular or nonpracticing subjects” [emphasis added]. He reiterates that “Personal narratives drawn from the historical record furnish intensely vivid accounts of NDEs that can be as instructive as any dry, clinical case report, if not more so”[emphasis added].

Death by loss of brain function and NDEs

The neuroscientist explains the possible role of the brain in these cases: “Modern death requires irreversible loss of brain function. When the brain is starved of blood flow (ischemia) and oxygen (anoxia), the patient faints in a fraction of a minute and his or her electroencephalogram, or EEG, becomes isoelectric—in other words, flat. This implies that large-scale, spatially distributed electrical activity within the cortex, the outermost layer of the brain, has broken down. Like a town that loses power one neighborhood at a time, local regions of the brain go offline one after another. The mind, whose substrate is whichever neurons remain capable of generating electrical activity, does what it always does: it tells a story shaped by the person’s experience, memory and cultural expectations.”

He then goes on to discuss studies of NDEs:

“Scientists have videotaped, analyzed and dissected the loss and subsequent recovery of consciousness in highly trained individuals—U.S. test pilots and NASA astronauts in centrifuges during the cold war (recall the scene in the 2018 movie First Man of a stoic Neil Armstrong, played by Ryan Gosling, being spun in a multiaxis trainer until he passes out). At around five times the force of gravity, the cardiovascular system stops delivering blood to the brain, and the pilot faints. About 10 to 20 seconds after these large g-forces cease, consciousness returns, accompanied by a comparable interval of confusion and disorientation (subjects in these tests are obviously very fit and pride themselves on their self-control).”

“The range of phenomena these men recount may amount to ‘NDE lite’—tunnel vision and bright lights; a feeling of awakening from sleep, including partial or complete paralysis; a sense of peaceful floating; out-of-body experiences; sensations of pleasure and even euphoria; and short but intense dreams, often involving conversations with family members, that remain vivid to them many years afterward. These intensely felt experiences, triggered by a specific physical insult, typically do not have any religious character (perhaps because participants knew ahead of time that they would be stressed until they fainted).”

This exhaustive article on NDEs—which contains several stories to illustrate the phenomena—concludes with this interesting paragraph: “Perhaps such ecstatic experiences are common to many forms of death as long as the mind remains lucid and is not dulled by opiates or other drugs given to alleviate pain. The mind, chained to a dying body, visits its own private version of heaven or hell before entering Hamlet’s ‘undiscovered country from whose bourn no traveler returns’.”

In my opinion, the controversial issue of determining the moment of death frequently encountered by bioethicists and transplant staff should consider this scientifically proven data to define such cases, although a full explanation is still sought.

(1) The Allen Institute for Brain Science is a division of the Allen Institute, based in Seattle, Washington, that focuses on bioscience research. Founded in 2003, it is dedicated to accelerating the understanding of how the human brain works. With the intent of catalyzing brain research in different areas, the Allen Institute provides free data and tools to scientists.