Skip to content
Home/Bioethics, BIOETHICS NEWS, Coronavirus pandemic, SPECIAL REPORTS/Mistakes or omissions in the management of information SARS-CoV-2 coronavirus transmission. What is known so far

Mistakes or omissions in the management of information SARS-CoV-2 coronavirus transmission. What is known so far

Airborne transmission of coronavirus in the form of aerosols — microdroplets of less than 100 microns in size — appears to be the fundamental route of transmission of COVID-19, as we have previously reported from our Observatory (read HERE). The scientific consensus on this is growing, with the shocking exception of the World Health Organization (WHO), which, as of today, still does not reflect the evidence of aerosol transmission as the main source of disease spread in its official information.

The lack of agility of this body to incorporate the scientific evidence into protocols in reports related to COVID-19 is of great concern, particularly when its decisions and communiqués are supposed to be a reference point for epidemiologists and regulatory bodies in establishing criteria for the prevention and management of chains of infection.

Transmission by droplets that can travel up to 2 meters, together with contact

It is urgent to rectify the positions maintained so far, which claim transmission by droplets that can travel up to 2 meters, together with contact, as the fundamental routes of infection. As a result of this position, incomprehensible errors arise in the prevention strategies adopted by the authorities, such as limiting access to gardens or public parks and the possibility of confluence of groups of people in enclosed spaces without proper ventilation or personal protection, such as parties, banquets or other celebrations.

Infection between people who keep the safe distance

The confirmation of aerosol transmission explains the high transmissibility of this virus and the high rates of infection between people who keep the safe distance, practically useless if the virus travels in microdroplets that are suspended in the air for hours, traveling much further than 2 meters. The false sense of safety given by standing 2 meters from another person has led to a relaxation in the adoption of other protective measures, such as the use of effective masks (not all of them are effective) to avoid transmission or the ventilation of enclosed spaces.

Parks and gardens strictly closed many times; nothing could be further from the evidence

For months we have seen queues of people on the streets waiting to enter a supermarket, keeping the 2-meter safety distance scrupulously, when today we know that it is in open spaces that the probability of infection is less, because that is where the aerosols disperse quickly. 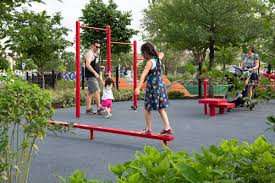 The same can be said of parks and gardens, which have been strictly closed many times during this time to prevent children or adults from being infected by touching contaminated objects or being hit by droplets a meter and a half. Nothing could be further from the evidence. Open spaces are the safest places, and infection solely from contact with contaminated surfaces has not been proven to date or in a single case worldwide.

In contrast, poorly-ventilated enclosed spaces are the places with the greatest risk of transmission, because this is where an alleged “spreader” emits his or her aerosols containing the virus while breathing, talking, singing or shouting. These aerosols will be concentrated the longer we stay in this enclosed space, the smaller its size and the less frequently its air is renewed. Therefore, the larger the room, the shorter the time spent there, and the more often the air is renewed, the lower the risk of infection.

A recent article published in Science on October 23 (read HERE) details some aspects of how the virus spreads and how little is still known about it, especially in relation to the various transmission routes, the role played by asymptomatic or pre-symptomatic infected people, and how the virus can be transmitted in specific locations.

Among the points discussed in it, the most interesting one in our opinion is the paragraph that refers to a comprehensive study carried out in South Korea, which included more than 59,000 cases. This study determined that household contacts are six times more likely to be infected than other close contacts, with household contacts accounting for 57% of all cases.

“Superspreaders”: a small number of spreaders are responsible for the majority of infections

Another important aspect to note is the existence of what the authors call “overdispersion” in virus transmission. Overdispersion indicates that there is more variation than was believed in the homogeneity of virus transmission, and that, in infections — and we think this is important — a small number of spreaders are responsible for the majority of infections. Indeed, it is suggested that around 10% of spreaders cause more than 80% of these infections.

Another fact to mention is that overdispersion means that the majority of infected individuals are not, or are only slightly, contagious. Accordingly, the guidelines for preventing or reducing infections will have to take into account, in particular, the two aspects referred to transmission in homes and the existence of superspreaders.

Another paper, authored by a team from Stanford University, reports that the authors have developed a computerized model to study the spread of the virus in 10 major cities in the US. (read HERE). In the model, they determined that most infections occur in indoor places, such as restaurants, gyms, and cafes, where people stay for extended periods of time.

The study also states that mobility patterns condition infection rates, and that these are also higher in minority and lower-income population groups.

COVID 19 transmission routes misinformed by WHO

Consequently, so long as international public health reference agencies such as the WHO are hesitant to recognize the scientific evidence and to regret their many and repeated mistakes in the management of information on this pandemic, information will not be truthfully available to the world population. This will make it difficult to promote effective preventive measures such as meeting with other people in open spaces (if possible), ventilating adequately if meeting in enclosed spaces, always wearing an effective mask, and lessening the importance — although it cannot be excluded as a means of infection — of contact and the obsession with surface disinfection, given the little or no evidence of contact infections.