“Palliative care professionals 7% in favor and 70% against”

We have published 6 months ago an article reporting that the Royal College of General Physicians is opposed to changing the law. Now a survey by the British Medical Association, published last October, was sent to its 152,004 members and generated 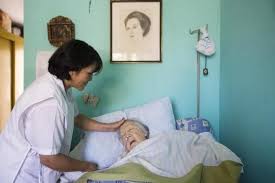 28,986 responses (19.4%). Its aim was to seek the opinion of its members on whether it would be appropriate to change the law that currently bans euthanasia and physician-assisted suicide. It found that 40% would support change, while 33% would oppose it, with 21% being neutral and 6% undecided. Notably, these percentages vary among professionals from different medical specialties. Thus, among oncologists, 29% were in favor of changing the law while 44% were against it; these percentages for geriatricians were 27% and 44%, respectively. It should be noted that palliative care physicians were manifestly opposed to changing the law, with 7% in favor and 70% against […].” (see more HERE).

Euthanasia rejected by physicians in the United Kingdom

The poll confirms a known fact; what doctors think about this practice. An interesting data is what think palliative care physicians – 70% against – precisely those who deal with death and dying on a daily basis. Another data of great interest is,  “More than half of doctors responding (54%) would not want to administer life-ending drugs themselves, only 26% said they would be willing to do so, and 20% were undecided.” From the bioethical point of view, the issue is no a matter of consensus because affects the deontology of medicine and the inalienable right to life.

US doctors confirm and clarify their opposition to assisted suicide. ‘A prescription for death’