China has a great interest in being the world’s leading biomedical provider.  This country, where researchers often lack bioethical principles, also has unprecedented population aging and one of the lowest fertility rates, representing a potentially huge market for the surrogacy business. 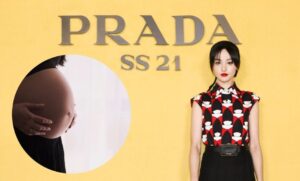 In this respect, recent news sparked a national debate about surrogacy. An internationally renowned Chinese celebrity, actress Zheng Shuang, has been accused by her former partner of abandoning their two children born to US-based surrogate mothers using gametes from the actress and her boyfriend.

The scandal exploded in the media, garnering 3 billion views and harsh criticism. Even China’s ruling Communist Party agency (CPP) accused Zheng of taking advantage of legal loopholes by seeking surrogate mothers in the US, calling her actions “definitely not law-abiding” (read CNN, January 23, 2021, HERE). Is it true? What do legal loopholes really mean?

Surrogacy industry in China. Individuals or agencies who commission or provide surrogacy services are not banned! 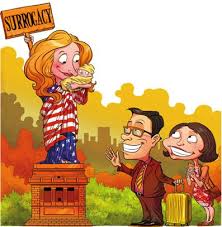 “Driven by high demands from society, the surrogacy industry has flourished in recent years in China with an estimate of 10,000 resulting children born [abroad] every year.” (International Journal of Law, Policy and the Family (June 29, 2020) and Oxford University Press (read more HERE).

The shocking contradiction is well explained by the aforementioned report published in CNN: Individuals or agencies are not banned from commissioning or providing surrogacy services.

“In 2001, the Ministry of Health issued a set of regulations on assisted reproductive technology, which banned medical institutions and health care workers from ‘practicing any form of surrogate technology.’ The trade of sperm, ova, zygotes and embryos is also strictly prohibited. Medical institutions can be fined up to 30,000 Yuan ($4,632) for violations, according to the rules. But the document did not ban individuals or agencies from commissioning or providing surrogacy services or list any according to punishment. The legal limbo has led to a growing underground domestic surrogacy industry [emphasis added], driven by huge demand, while other Chinese couples are going abroad for surrogacy services.” Using this loophole, the surrogacy industry is being normalized as another means to have children in China and several western countries, while surrogacy is “banned” in most countries worldwide.