“Sedation until death” in patients with amyotrophic lateral sclerosis for harvesting organs for donation in patients. Bioethical assessment

News recently published has reported the existence of a protocol for sedation and harvesting organs for donation in patients diagnosed with amyotrophic lateral sclerosis (ALS) -a neurological disease that mainly involves neurons responsible for controlling voluntary muscle movement –  in La Fe Hospital in Valencia (Spain). 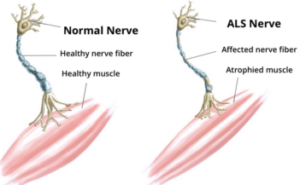 The situation came to public light when a woman with ALS told several media outlets that she was going to a Valencia hospital to end her days and donate her organs for transplantation.

The patient had refused resuscitation in her advance directive (AD) document and had agreed to spend the last days of her life in the hospital to facilitate the transplant.

According to information made public, the program has resulted in 19 transplants from 9 donors since 2016.

This situation, in which a patient with an incurable, progressive, and very life-limiting disease decides to end their days sedated and with the intention of donating their organs for the benefit of other people, requires a calm ethical reflection and assessment.

The first thing, without any doubt, is to understand the specific circumstances surrounding this disease and some clinical and technical concepts that allow us to address this situation in a truthful, real and objective way.

ALS, also known as Motor Neurone Disease, is an incurable neurodegenerative disease with neuromuscular involvement at the level of both the upper and lower motor neurons.

The pathological hallmark is the death of neurons in the anterior horn of the spinal cord and their brainstem homologs, which innervate the bulbar muscles. This leads to irreparable denervation of the corresponding muscle fibers.

There are no curative treatments at present, and the drugs used are aimed at slowing the progression of symptoms, preventing complications, and making the patient feel more comfortable and independent. The most widely used treatment to delay its devastating effects is based on blocking glutamatergic neurotransmission in the central nervous system (CNS). These treatments cause side effects such as fatigue, dizziness, gastrointestinal disorders, decreased lung function, and increased liver enzymes.

Anticholinergic drugs are given along with physiotherapy treatments to control symptoms.

Once difficulty swallowing begins, the patient will require a soft diet, or a liquid diet through a nasogastric tube in cases of severe dysphagia. Sooner or later, a non-invasive ventilation system will be necessary, due to pulmonary hypoventilation resulting from involvement of the respiratory muscles. Depending on the patient’s evolution, the need to switch to invasive ventilation systems (endotracheal intubation or tracheotomy) may be considered.

ALS usually results in a fatal outcome within 3 to 5 years after diagnosis, although survival over 10 years has been described in some cases, and in very exceptional cases even longer.

Assisted ventilation in patients with ALS

The onset of weakness of the muscles needed for breathing and coughing, together with the manifestations derived from bulbar involvement, lead to respiratory failure, and are the main cause of death in patients with ALS.

Today, the inexorable progression to respiratory failure can be effectively delayed by home mechanical ventilation (HMV) systems. These can be invasive or non-invasive, the former requiring endotracheal intubation or tracheotomy directly. Not surprisingly, non-invasive HMV methods are preferred wherever possible according to the patient’s condition. Tracheotomy is only considered when non-invasive techniques fail due to the severity of the bulbar involvement.

Different studies show a significant increase in survival of ALS patients with both invasive and non-invasive HMV. Once established, however, it is inevitably necessary for them to live permanently dependent on this life support system.

Sedation as palliative treatment. Refractory and difficult to control symptoms

Sedation is a widely known technique used on a daily basis in the clinical setting to prevent the pain and discomfort inherent in the performance of certain medical tests or techniques. It consists of the administration of a combination of drugs that lower or even remove the patient’s consciousness, and, therefore, their perception of pain. It is, of course, reversible and allows very precise control of the depth of sedation, to the extent that it is possible, at the most superficial levels of sedation, for patients to hear and even respond to certain verbal stimuli or commands.

In addition to this transient sedation, there are two more types of sedation: palliative sedation, and terminal sedation or sedation in agony. In neither of these types is the intention to cause death, but to reduce the level of consciousness in order to prevent pain and/or suffering.

Palliative and terminal sedation are indicated when there is a refractory symptom. i.e., a physical or mental symptom that cannot be reversed or controlled with any known treatment, and that cannot be adequately controlled despite intense efforts to find a tolerable treatment within a reasonable time that does not compromise the patient’s consciousness. It is important to differentiate this from a difficult to control symptom, which refers to a symptom that does not respond to the usual measures, but which could be controlled by special measures or in expert hands. In that case, this specific and expert approach should be used before starting sedation.

Palliative sedation is instigated when there are refractory symptoms and in patients with a life expectancy of weeks or months and, therefore, with the possibility of adjusting the depth of sedation as needed, or even its complete reversal if the symptom disappears, which is rare.

Terminal sedation or sedation in agony is initiated when death is imminent (hours or days) and with no expectation of reversal or recovery of the patient’s consciousness.

All forms of sedation require patient informed consent, whether implied, explicit or delegated.

A procedure is considered euthanasia when the patient asks to be given the necessary means — by action or omission — to bring about their death, and these means are administered by a medical professional. In other words, euthanasia is an action or omission aimed at seeking the death of another person with the intention of relieving their suffering.

It differs from assisted suicide fundamentally in that, in the latter, the patient is provided with the necessary means so that he can administer them himself. It is the person himself who uses the means that have been provided to him to perform the action or omission that causes death.

Both scenarios are illegal under current Spanish law, and in no case can they be considered palliative treatment.

Ethical assessment of sedation until death in patients with ALS

Patients with ALS are aware of their clinical situation and its expected progression very early on, which means they are conscious of the inevitable need to make decisions of great personal importance. Ultimately, they understand the need to manage their lives in this situation.

In these conditions, the implementation of Advance Care Planning (ACP) is of the utmost importance and usefulness. ACP is a voluntary process of communication and deliberation between a competent person and the healthcare professionals involved in their care about the values, desires and preferences that they want to be taken into account in terms of the health care that they will receive as a patient, mainly in the last days of their life. This process may or may not be specified in an AD document.

In ALS patients, the crucial decision will be whether, when the muscles in the diaphragm and chest wall fail to function properly and sufficient spontaneous ventilation cannot be maintained to perform vital functions, the patient accepts or refuses the introduction of non-invasive mechanical ventilation systems, knowing that once they begin to use them, they will be dependent on these means of support for the rest of their life.

ALS does not in most cases affect the patient’s judgment or capacity for self-management.  The patient is autonomous to refuse or accept the treatments administered, including the agreement to participate in clinical trials, provided that they have sufficient and necessary information with the greatest clarity and quality possible.

If the patient accepts mechanical ventilation, they will overcome respiratory failure as an immediate cause of death, and can go on with their life, within the limitations imposed by these support measures and disease progression, until natural death.

From an ethical point of view, when irreversible death is imminent, the decision can be taken in good conscience to renounce treatments. This means a difficult and painful prolongation of life, without having to interrupt the normal care that a patient should receive in such a case for this reason.

In this situation, when respiratory distress would cause serious suffering for the patient, palliative sedation would be established, with the sole and exclusive intention of preventing this suffering until the arrival of natural death due to respiratory failure and tissue anoxia. And, therefore, within the clinical and ethical indications for prescribing terminal sedation.

From the foregoing, it can be concluded that:

From a bioethical standpoint, in patients with advanced ALS with irreversible respiratory failure requiring mechanical ventilation systems to sustain life, it is ethically permissible to refuse these means. In this case, the patient should be given terminal sedation until the arrival of natural death.

Refusal of assisted ventilation by the patient will lead to death from respiratory failure.

In the absence of any curative treatment, what the patient is refusing is support measures that would sustain their life under certain conditions, without halting or improving disease progression, and not without complications.

In these circumstances, dyspnea would not be strictly a refractory symptom, as it would be possible to control it with assisted ventilation. However, this would have to be maintained for the rest of their life, without any hope of improvement in the progression of their disease.

In no case can sedation prior to natural death be considered euthanasia or assisted suicide, as the intention is to alleviate suffering and not to cause death.

Since some of the organs of ALS patients are suitable for transplantation, it is permissible, if so recorded in their AD document, to remove the organs for that purpose immediately after clinical death.

In summary, in patients with advanced ALS, in whom respiratory distress is already uncontrollable and the only possible option is assisted ventilation, this measure could be rejected, with sedation being established until natural death. Subsequently, after clinical death, there is no ethical objection to the removal of viable organs for transplantation, provided that the patient has been well informed and advised of the consequences of their decision, of alternative measures, and has expressed their desire to donate their viable organs for transplantation. Under these circumstances, this medical approach would have no moral or legal objections. 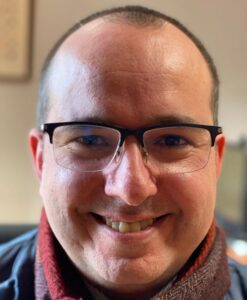 Palliative care and sedation. When is it suitable to sedate a patient and when is it covert euthanasia?