Is it ethical to use public resources to finance cosmetic treatments?

An interesting article has just been published in BMC Medical Ethics, which discusses the ethics of allocating public funds to plastic surgery. It illustrates the complexity of the debate generated by the fact that public health systems want to include plastic surgery procedures as another healthcare entitlement. Given the scarcity of health resources, it is necessary to medically justify (evidence-based medicine) whether certain treatments aimed at improving body image can be included in the public health portfolio or, on the contrary, should remain restricted to private healthcare. Ultimately, the idea is to avoid allocating public funds and healthcare to non-essential aspects of health.

On the other hand, with the rise and expansion of esthetic medicine, concepts such as body normality, health and quality of life, as well as the characteristics that define what a patient should be, enter into the equation. We must bear in mind that these are “medical” variables that are being subjected to strong social pressure (advertising, mass media, fashion) to expand their original meaning and to adapt to new standards to which medicine should not submit if it does not want to see its mission and aims altered. This is currently a topic of discussion.

When does plastic surgery would be medically indicated? 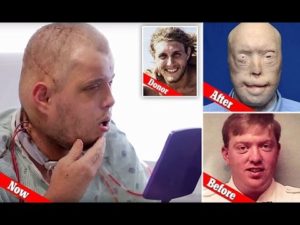 To clarify the extent to which anesthetic desire or concern could become a medical need whose treatment should be publicly covered, two important aspects should be assessed: First, to ensure whether the patient has a specific functional impairment as a result of a certain esthetic feature or characteristic; and, secondly, to establish the presence of a particularly strong reason for distress due to this body characteristic. If these two conditions were to occur, plastic surgery would not only be medically indicated, but its coverage by public healthcare could be considered. In this case, we would have a real patient in whom the surgery would have a clear beneficial effect on their health as a direct result of the procedure. The aim would be to recover the function that has been impaired, and to reduce the suffering caused by the change in appearance. The most obvious cases in this situation are reconstructive plastic surgery after accidents, severe burns, cosmetic effects derived from cancer treatments, serious congenital malformations, and morbid obesity.

Thus, with these exceptions, simply expressing a subjective esthetic preference that does not affect any function, to then be financed by a public health system, would not be enough. 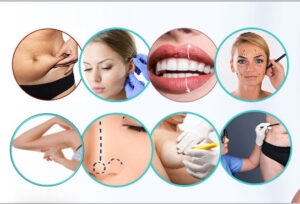 The current reality shows that an increasing number of people who undergo cosmetic treatments — while they temporarily improve their body image and self-esteem — do not present either a functional problem or a legitimate level of suffering to justify their funding. In other words, these are supposed patients with no health concerns because they fall within normal limits and outside the need for healthcare. There are also other types of people in whom suffering may be linked to physical appearance, but so disproportionate in itself that it does not correspond on that point with what most of the population experiences. Therefore, these cases would also be outside public healthcare coverage, and psychological treatment to resolve the issue or use of private healthcare should be considered. It is generally established that cosmetic treatments that seek to achieve higher levels of body satisfaction beyond the normal range of the population cannot be publicly covered. This fulfills a principle of equity in health care and avoids diverting health care to secondary issues.

Cosmetic treatments covered by public health. Which should be covered or not?

Finally, one of the problems that arise in this field of esthetic medicine is where to draw the line of personal esthetic preferences, and the line of suffering that, once crossed, is sufficiently serious and therefore worthy of being covered by public health. It is difficult to set these limits, because very subjective aspects of each person that are difficult to measure using an evidence-based science such as medicine are taken into consideration. Finally, when suffering and anxiety about body image are very high (above average), what needs to be assessed is whether cosmetic surgery is really the solution to the origin of the suffering, or if the cause may be more psychological and require a more psychological or psychiatric approach rather than a surgical one (read HERE). These types of cases include people diagnosed with body dysmorphia, in whom cosmetic surgery is contraindicated. 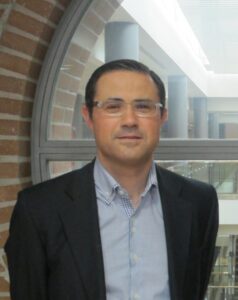