The debate over the issue of gestational surrogacy  (a euphemistic term that attempts to disguise the reality of a woman who offers to carry a pregnancy in exchange for money) is on in the global political and social arena (see HERE). 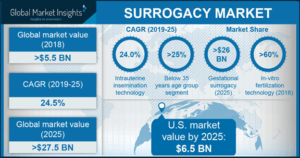 As a result of the legalization of surrogacy in several American states and the growing practice of surrogacy abroad — now with no need for the couple to travel (read about surrogacy in China HERE) as they can send their gametes from their own country (see HERE) to fertility clinics overseas — it is necessary to analyze why couples (or indeed single people) might choose this route and its most relevant bioethical aspects. We have pointed out the magnitude of the business at stake, which represents an economic reason for allowing this practice and contributing to its gradual normalization. It is also backed by other pressure groups moved by their own interests, and in many cases by claims of minorities that are considered disadvantaged by the current legislation of most countries prohibiting this practice.

The strongest supporters of the legalization of “wombs for rent” are LGBTI (lesbian, gay, bisexual, transgender and intersex) groups, against certain feminist movements that openly oppose it because they consider it a violation of the dignity of women, and family advocacy groups, who classify it as an attack on the family, the unity of marriage, motherhood, women and the child itself.

It seems, however, that the determination of the LGBTI groups, and the gender ideology that also sustains them, is winning everyone over in the attempt to legalize this practice, with the acquiescence of some political parties. Incidentally, the proposed legalization of this form of pregnancy, only in the case that there is no financial payment, is naive and unrealistic. In countries where this option has been proposed, the virtual absence of women who agree to altruistically carry a pregnancy continues to push those who seek this option towards countries in which its legalization does entail payment for the “service”.

Scientific evidence has clearly established the importance of the maternal-fetal relationship in the evolution and development of the fetus (see HERE) and in the establishment of attachment bonds between mother and child that will be vital in its post-natal development.

mainBiological “incubation” dehumanizes the woman and her child

The concept of pregnancy as if it were a mere biological “incubation”, an aseptic nutrition process, with no more links between mother and child than biological development, is a serious scientific and anthropological error that dehumanizes the woman and her child, devaluing the dignity that both possess as human beings.

The child has the right to a father and a mother 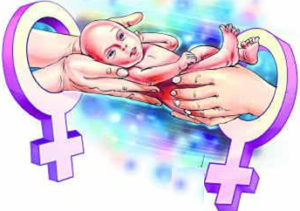 To become pregnant, knowingly renouncing subsequent motherhood, is unnatural. It is also damaging for the surrogate, who in many cases changes her mind after the pregnancy, claiming motherhood of the child. Furthermore, it is an attack on the dignity of the child, who has the right to a father and a mother, who he wishes to know, and who should love and care for him.

It is not just us who say so, though. On 30 November 2015, the Plenary Session of the European Parliament, in their Annual Report on Human Rights and Democracy in the World and the European Union’s policy on the matter, stated that it: “Condemns the practice of surrogacy, which undermines the human dignity of the woman since her body and reproductive functions are used as a commodity. It also “considers that the practice of gestational surrogacy which involves reproductive exploitation and use of the human body for financial or another gain, in particular in the case of vulnerable women in developing countries, shall be prohibited and treated as a matter of urgency in human rights instruments.”

If it seems to harm so many as to withstand so much pressure towards legalization, who actually benefits? Well, basically, those who consider parenthood as a right, for personal benefit, oppressing all other rights of those affected in the fulfillment of their desires. These include, men and women who, although single, demand parenthood;

However, it is the latter (represented by LGBTI collectives) who seem to be one of the main protagonists of the ideological and media pressure in pursuit of its legalization, very sensitive to the desire for parenthood, and very belligerent in its defense, although not so much so as regards the consequences of their decision for the mother and her child. First, because it commodifies the surrogate mother’s body, and fractures her person due to the split involved in carrying a child that she has decided to abandon, having to go against the impulse of giving and intimacy that is naturally established between a mother and her child. Second, because the child is defenseless against a decision that deprives him of the right to know and be loved and cared for by the mother who gave birth to him, and to is carried by a loved one.

Not everyone who argues the right to freedom in their demands truly defends it. Paying a woman to carry a child and then renounce it after its birth, for money, hardly seems to represents a major advance in the achievement of women’s rights. Nor do we contribute to respect for the rights of the child, whose pregnant mother “sold” him to another person. This, though, is the most serious, because it is about the right to be loved for oneself, by the person who conceived, carried, birthed and nurtured him, who should have done it because they loved him, because he is worthy and deserves to be treated as a person, and not as an object of satisfaction of so-called parenting rights that must be achieved at all costs, unfortunately at the expense of poor women and defenseless children.

See Biological Status of the Human Embryo. and Surrogacy contracts in the United States