“[…] there is no specific gene for transsexuality, but there are certain brain alterations that, when they interact with hormones during fetal development, can predispose the individual to transsexualism.”

According to the most recent psychiatric medical criteria, transsexuality can be defined as a disorder of sexual identity causing gender dysphoria, understanding as such the possible psychological imbalance that may arise when there is antagonism between a person’s desired and perceived body image. This psychological imbalance can be permanent or may be resolved at any time of life, especially after adolescence (read HERE).

According to the International Statistical Classification of Diseases and Related Health Problems (ICD)-10″, transsexualism can be defined as the “desire to live and be accepted as a member of the opposite sex, usually accompanied by a sense of discomfort with, or inappropriateness of, one’s anatomic sex, and a wish to have surgery and hormonal treatment to make one’s body as congruent as possible with one’s preferred sex”.

Before proceeding any further, however, we think it necessary to introduce the precise terminology, to define the meaning of sex and gender. Sex is defined as the genetic, biological, anatomical and psychological characteristics of a person, while the term gender refers to the psychological identification that a person attributes to themselves — man or woman — and to their social assignment (1). Sexual identity refers to the sex to which a person feels sexually attracted (2).

Etiology. The possible existence of a transsexuality gene

Before continuing, it should be noted that, when talking about transsexualism, we are not referring to genetic sexual abnormalities, such as Turner’s or Klinefelter’s syndrome for example. (2)

When assessing the biomedical aspects of transsexuality, the first question that must be asked is whether 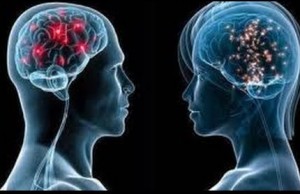 transsexuality is genetically determined, i.e. if there is a specific gene for transsexualism or if there are brain abnormalities that may predispose an individual to develop it.

As far as we are aware, there is no medical evidence to suggest the existence of a gene that causes transsexualism, but there does appear to be sufficient scientific evidence to say that there may be alterations in the brain that could contribute to transsexuality as a result of various environmental stimuli.

Transsexual persons unquestionably have a fixed genetic endowment: XX for a female or XY for a male (transsexuality gene). This genetic identity does not vary throughout a person’s life. i.e. in transsexuals, the sex is determined chromosomally, so they are definitely female (XX) or male (XY). Consequently, their person will always be expressed in a body that is necessarily male or female. As very rare exceptions to this rule, there are cases of abnormalities in the sex chromosomes that can cause a lack of sexual definition.

Non-acceptance of this bodily representation is the cause of the mental anguish that leads to gender dysphoria.

What does seem to exist, however, is a predisposition of the brain to transsexuality, which may be consolidated on interacting with environmental factors, especially social and educational ones, or can be attenuated if these factors are addressed.

In relation to this, there is ample evidence that there are objective differences in brain morphometry between men and women, which affects both the size of the brain and its structure and connectivity, as it is well established that the male brain is larger than the female. However, women have a higher proportion of grey matter while men have a higher proportion of white matter. The brain size of transsexuals seems to be intermediate between men and women (1) (3).

Brain development in the fetus — as regards sexual development — depends largely on the action of certain hormones and the sensitivity of the fetal brain to their action, since hormone action on the brain can cause it to develop in discordance with its genetic sexual identity and with the bodily expression of its sex. Thus, XY persons may develop whose apparent sex is male, but whose brain has female characteristics, so they tend to express themselves as women. In contrast, there are XX persons, with female genital organs, but who tend to express themselves as men. All of this appears to confirm, according to recent scientific findings, that transsexualism may be associated in some cases with atypical brain development during the fetal stage (3).

In this regard, it has been known since 1995 that the region of the brain that appears to control that male transsexuals express themselves as female (M-F) has a volume that tends towards female proportions, while in female transsexuals who express themselves as male (F-M), the brain volume tends towards male proportions. Several subsequent studies have confirmed these findings. Indeed, in the male brain, there is a receptor for testosterone, which plays an essential role in its development (1). In M-F transsexuals, however, the ability of these receptors to bind to testosterone is lower, which contributes to their brain

developing as female (3). In contrast, in f-M transsexuals, there is a gene variant upon which some female hormones act, especially progesterone. Dysfunction of this gene tends to favor the development of a male brain in an individual with XX chromosomes, i.e. genetically female (3). This incongruence between desired psychological sex and undesired biological sex, seemingly conditioned in part by a cerebral cause in some cases may, as mentioned, lead to gender dysphoria.

Brain connectivity, which can be defined as the interaction between the neural activity of regions of the brain that are distant from each other, maybe altered in transsexuals. Thus, in M-F transsexuals, the connectivity between different hemispheres is increased, and in F-M is decreased (3); this has been validated in large numbers of individuals. In other words, objective differences have been found in brain connectivity between transsexuals and controls, which can be attributed to the influence of sex hormones. (1)

In summary, the brain of transsexuals, both M-F and F-M, does not appear to be feminized or masculinized as a whole but does show selective feminization or masculinization.

In view of the above, we believe it can be concluded that there is no specific gene for transsexuality, but there are certain brain alterations that, when they interact with hormones during fetal development, can predispose the individual to transsexualism, a predisposition that may be strengthened or weakened by the interactions of the individual with their environment. In summary, the factors that cause transsexualism remain unknown, although it appears most likely to be the result of the interaction of multiple factors: biological, psychological and social (5).