Skip to content
Home/Bioethics, BIOETHICS NEWS, Demography, Fertility, NEWS and VIEWS/Could the humans be a species in danger of extinction? New book rigorously studies the issue

Could the humans be a species in danger of extinction? New book rigorously studies the issue

Last February 26, British newspaper The Guardian published an article with the startling title “Falling sperm counts ‘threaten human survival’, expert warns.” At first, it appears to be another apocalyptic news item about the future of our planet, but it has, in our opinion, remarkable humanitarian and bioethical interest based on scientific evidence.

The article discusses a new book co-authored by Shanna Swan, a renowned specialist in human reproduction at Mt. Sinai Medical School. The environmental and reproductive epidemiologist was also co-author of a sweeping meta-analysis, “Temporal trends in sperm count: a systematic review and meta-regression analysis,” that came to a startling conclusion: total sperm counts in the Western world had fallen 59% over recent decades.

The aforementioned book, entitled, “Count Down: How Our Modern World Is Threatening Sperm Counts, Altering Male and Female Reproductive Development, and Imperiling the Future of the Human Race”, was published last month (February 23, 2021).

Our Observatory also published the last CDC report in the following article (read HERE), American official figures on fertility. The report shows that it has fallen to its lowest point in the last 40 years. We have also published several articles about how sperm quality is having a detrimental effect on fertility rates because of the increasing tendency to delay reproduction and the consequently older age of fathers, and how the current behavior of the father before conception can affect sperm quality and production (read HERE and HERE).

Swan shows that, if this trend continues, it will provoke a crisis comparable to climate change. “The current state of reproductive affairs can’t continue much longer without threatening human survival,” she writes in Count Down.  Based on the aforementioned meta-analysis, she affirms that, following current projections, sperm counts could reach zero in 2045. “That’s a little concerning, to say the least,” she told Axios.

The book examines how the modern lifestyle and chemical exposures such as pollution in large cities, presence of chemical products in food, etc. are “threatening the current state of reproductive affairs would put humans in danger of extinction, changing male and female reproductive development and endangering human life.”

According to the authors, the latest official figures show that “[b]etween 1964 and 2018 the global fertility rate fell from 5.06 births per woman to 2.4. Now approximately half the world’s countries have fertility rates below 2.1, the population replacement level”.

Biological reasons for the decrease in infertility and collateral effects

Factors that the book considers to be highly relevant in the modern lifestyle are contraception, cultural shifts and the cost of having children, Swan warns too of “indicators that suggest there are also biological reasons – including increasing miscarriage rates, more genital abnormalities among boys and earlier puberty for girls.”

She adds that there are numerous factors connected to falling fertility rates largely unrelated to sperm counts, which suggests at least some of the decline in the fertility rate is also voluntary; the advent of birth control, the global urbanization shift, changing cultural preferences for smaller families, older in age pregnancy (read HERE) and higher child-raising costs all play a part in most people in most places actively deciding to have fewer children.

But the new book also re-emphasizes the role of unhealthy lifestyles and the environment that surrounds future fathers. Swan and many of her colleagues point the finger at endocrine-disrupting chemicals in the environment, including phthalates and bisphenol-A, known as “everywhere chemicals” because of their ubiquity in things like plastics, pesticides, cosmetics, etc. These are “disrupting our hormonal balance, causing various degrees of reproductive havoc,” Swan writes. The authors give no less importance to other factors related to our current behavior, saying that, “[…] there are other factors at play impairing male and female fertility beyond environmental chemicals, including smoking tobacco and marijuana and rising levels of obesity.”

In few words, the book concludes that, “[…] human beings — despite our numbers — arguably already fit three of the five criteria for an endangered species: the destruction of our environment, inadequate regulatory mechanisms, and man-made factors that affect our continued existence.”

Our short article does not intend to make a statement about the book, but we support the content discussed above and its conclusions. In saying that, we believe that the title of The Guardian’s article, “Falling sperm counts….”, gives a somewhat simplistic idea of the complex causes of the worldwide decline in fertility rates.

Author of the aforementioned book: 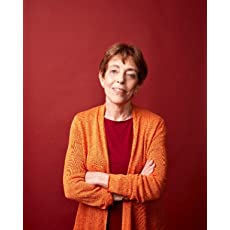