Skip to content
Home/AIDS. HIV. Other viral infections, Bioethics, BIOETHICS NEWS, Coronavirus pandemic, Sexuality and STDs, SPECIAL REPORTS/STDs out of control in the US for 6 consecutive years. CDC publishes its annual report

STDs out of control in the US for 6 consecutive years. CDC publishes its annual report

STDs epidemic out of control: “STIs remains an underfunded and comparatively neglected field of public health practice and research”

The US Centers for Disease Control and Prevention (CDC) has recently published its annual report (April 13, 2021), entitled “Reported STDs reach an all-time high for 6th consecutive year” (read HERE). More than 2.5 million cases of chlamydia, gonorrhea, and syphilis were reported in 2019. These figures are highly relevant when evaluating American public health, but they also give us some idea of the magnitude of this medical issue worldwide. In this respect, the World Health Organization (WHO) has previously warned that about one million people worldwide contract a sexually transmitted infection (STI) every day (read HERE).

The report shows that the burden of this epidemic differs among population groups, with a higher incidence in men who have sex with men and in some racial/ethnic groups, compared to non-Hispanic White people.

STDs epidemic out of control with new records of infected

Given the relevance of this information, we excerpt the more relevant statistics:

“These infections remain common, costly, and challenge the health and wellness of millions of people across the United States.

Congenital syphilis, an incredibly harmful infection has increased a staggering 279 percent since 2015. In 2019 alone, there were nearly 2,000 cases of congenital syphilis reported, including 128 deaths. In addition to infant morbidity and mortality, STIs can also lead to long-term health consequences, like infertility, and they can facilitate HIV transmission.” These figures give only a partial picture of the problem, as these diseases are frequently under-reported by patients because they are often asymptomatic and, in many cases, are ashamed to seek treatment. 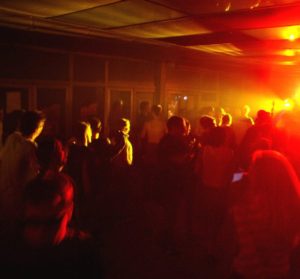 The incidence in young people aged 15 to 24 years is disproportionately high. This group makes up:

The CDC report says that the current COVID-19 crisis is exacerbating this trend, because the prevention program has been affected by a lack of human and economic resources. It continues, “Fortunately, this is also a time of momentum in our field. Sexually Transmitted Infections National Strategic Plan for the United States pdf (HHS National Strategic Plan: 2021-2025) – the nation’s first-ever plan of its kind for STIs – has provided a roadmap for public health”. Moreover, “innovative approaches, like telehealth/telemedicine; partnerships with pharmacies and retail health clinics; and STI express clinics, [are being implemented] to meet patients where they are with the testing and prevention services they urgently need.” The HHS National Plan shows no evidence of the efficacy of these measures, which are very similar to previous prevention campaigns, and fail to award importance to awareness, cultural factors, and lack of adequate information on the severity of the epidemic, both for the general public and the most affected groups.

Our Observatory has published several articles on this rising trend year after year (read HERE). Nevertheless, we should underline that, despite the great economic and medical resources used to prevent these diseases in recent years, there appears to be no evidence of any change in this tendency. The bioethical question is how governments and international institutions explain this lack of results. On this issue, the CDC report recommends reading the recently published National Academies of Sciences, Engineering, and Medicine (NASEM) consensus study report, Sexually Transmitted Infections: Adopting a Sexual Health Paradigm, in order to better understand what has happened and what needs to done urgently.

The NASEM study concludes that preventive measures by medical providers alone have been shown year after year to be ineffective in halting the epidemic. A plan of communication is needed to provide adequate information for families, schools, and advertising campaigns according to the severity of the epidemic. In our opinion, a multidisciplinary emergency commission should be formed to provide advice, with sociologists, professionals in communication and social networks, educators, etc. at the forefront of these strategies and action plans. As we already know, the HHS plan underestimates the role played by the entire population’s lack of awareness of this epidemic.

The NASEM study’s new paradigm proposes approaching the current STI epidemic from the point of view of raising the awareness of the entire population, with special care from the cultural and behavioral perspective (read pages, 400 – 412), not limited to healthcare providers waiting for the patient. “Interventions that use technology should be developed leveraging psychosocial, digital behavioral and informatics intervention frameworks, including taking into account the affordances of the specific technology for prevention efforts”. We hope that the current Administration follows this new paradigm to apply effective measures in fighting the epidemic.