Sweden’s Karolinska Hospital has issued new guidelines for the treatment of children with gender dysphoria. This policy, which affects pediatric gender services at Astrid Lindgren Children’s Hospital (ALB), has abolished the puberty blockers prescription and cross-sex hormonal therapy to gender-dysphoric patients under the age of 18. Read HERE. 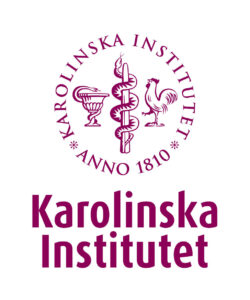 The hospital, a world leader in the approach to gender dysphoria and one of the world’s most renowned hospitals, describes the “Dutch Protocol”, which advocates these treatments from very early ages, as experimental. Accordingly, it has decided to discontinue its routine use outside research settings. The protocol, which has gained popularity in recent years, states that minors with gender dysphoria should be treated with puberty blockers at age 12 (and in some interpretations, upon reaching Tanner stage II of puberty, which in girls can occur at age 8) and cross-sex hormones at age 16. This approach, also known as a medical “affirmation”, has been endorsed by the WPATH “Standards of Care 7” guideline.

The recent change in position of the Karolinska Hospital, which entered into force in May 2021, requires that, in the future, hormonal (puberty-blocking and cross-sex hormone) interventions for children with gender dysphoria may only be provided in a research setting approved by Sweden’s ethics review board. The policy states that careful assessment of the patient’s maturity level should be made to determine if the patient is capable of providing meaningful informed consent. It also establishes that both patients and their guardians receive adequate information on the risks and uncertainties of this treatment pathway. It is not clear whether children under the age of 16 would be eligible for such trials.

Previously, in March 2021, the National Institute for Health and Care Excellence (NICE) in the United Kingdom (UK) found the risk/benefit ratio of hormonal interventions for minors to be very uncertain. Its major finding was that GnRH agonists lead to little or no change in gender dysphoria, mental health, body image, and psychosocial functioning. In the few studies that reported changes, the results could be attributable to bias or chance or were deemed unreliable. The landmark Dutch study by De Vries et al. (2011), which advocates these treatments, was considered “at high risk of bias” and “poor quality overall”. The NICE reviewers suggested that findings of no change may in practice be clinically significant, given the possibility that study subjects’ distress might otherwise have increased. They cautioned that all the studies evaluated had results of “very low” certainty and were subject to bias and confounding. Read HERE.

In 2020, a judicial review in the UK highlighted the fundamental ethical problems posed by the practice of medical “affirmation” of minors. The findings of the UK High Court reflect a growing concern among a significant number of researchers and doctors about the poorly understood rapid rise in the number of adolescents with gender dysphoria and the marked lack of evidence that hormones and surgery improve long-term health outcomes. Read HERE.

A review by the Swedish Agency for Health Technology Assessment and Assessment of Social Services (SBU) found a lack of evidence for the aforementioned medical treatments and no explanation for the sharp increase in the numbers of adolescents presenting with gender dysphoria in recent years. Read HERE.

Finland also revised its treatment guidelines in June 2020, prioritizing psychological interventions and support over medical interventions, particularly for youth with the post-pubertal onset of gender dysphoria (currently the most common presentation). Read HERE.

Significant changes are also underway in the UK. Following the 2020 High Court judgment (read HERE), the NHS (National Health Service) suspended the aforementioned hormonal interventions for minors under 16 years of age. The ruling is currently under appeal, with a hearing scheduled for June 2021.

Several US states have recently introduced laws banning the use of hormonal interventions in gender-dysphoric children. (Read HERE).

Paradoxically, other states have introduced laws mandating public and private insurance coverage for a wide range of gender-affirming medical and surgical interventions in cases of diagnosed gender incongruity, regardless of a patient’s age or mental health status.

As global awareness grows of the low level of evidence of the benefits of these treatments, and the potential harm of medical interventions with puberty blockers and cross-sex hormones in children with gender dysphoria, non-invasive alternatives to alleviate the distress of children, such as the provision of psychological services, may begin to gain prominence, even with the contradiction of their prohibition by some governments, such as the Spanish administration.

According to the Society for Evidence-Based Gender Medicine (SEGM), the “low confidence in the balance of risks and benefits” of hormonal interventions necessitates extreme caution when working with gender-dysphoric youth, who are in the midst of a phase of exploration and consolidation of personal identity. While there may be short-term psychological benefits associated with hormonal treatment at these ages, these should be weighed against the long-term risks to bone health, fertility, and other as-yet-unknown risks of lifelong hormonal supplementation.” Read HERE.

Furthermore, the irreversible nature of the effects of cross-sex hormones and the potential for puberty blockers to alter the natural course of the individual’s identity formation should give pause to all professionals involved. Studies consistently show that the vast majority of patients with childhood-onset gender dysphoria who are not treated with “gender-affirmative” social transition or medical interventions grow into non-transgender adults. However, there is emerging evidence that children in whom social transition and suppression of puberty is encouraged have much higher rates of persistence of transgender identification, requiring future invasive treatments with a significant number of risks. The growing number of people who desist in their transition attempt or request “de-transition” to reassimilate their gender with their biological sex suggests that the rate of regret within this novel cohort will not be as rare as previously estimated.

The position adopted by the SEGM (Society of Evidence-based Gender Medicine)  and shared by this Observatory is based on the significant uncertainties regarding the long-term risk/benefit profile of both puberty blocker and cross-sex hormonal interventions, which call for non-invasive approaches as the first line of treatment for young people.

Invasive and potentially irreversible interventions should only be administered in clinical trial settings with rigorously designed studies that can determine whether these interventions are truly beneficial or, on the contrary, contribute to the exacerbation of dysphoria and associated problems. It is also essential for patients to undergo rigorous psychological and psychiatric evaluations, and together with their families, to participate in a valid informed consent process. The latter should accurately show the limited prognostic ability of the gender dysphoria/gender incongruity diagnosis for young people, and the many uncertainties regarding the long-term physical and mental health side effects of these poorly studied and largely experimental interventions.