Does science suggest a Wuhan lab leak? An overview of the latest scientific evidence

In recent days, we have witnessed a revival of the debate on the origin of the pandemic caused by the SARS-CoV-2 coronavirus.

The theories deemed most likely to identify the origin of this strange virus are those related to the jump of a virus from bats to humans through an intermediate host, which no one has yet been able to identify.

The fact that the first COVID-19 cases were identified in Wuhan, a Chinese city where a coronavirus research laboratory is located, raised suspicions that the activity in the lab was related to the emergence of the disease.

For reasons never fully explained, international organizations, with the World Health Organization (WHO) at the helm, were quick to consider any relationship of this laboratory with the pandemic as highly unlikely, insisting that the most plausible hypothesis was that of a natural jump from animal to human, as has happened on other occasions with other viruses.

But one piece of this complex puzzle does not fit. Unlike in the case of other viruses, the intermediate host between bat and man has not been identified to this day, despite a year and a half has passed since its emergence and the many researchers involved in investigating the matter.

Attempts by the WHO to clarify the origin of the pandemic have collided with the inscrutability of the Chinese government, which for more than a year has refused to actively collaborate in the investigation into the origin of the SARS-CoV-2 virus. Finally, following its repeated refusals, China agreed to receive a commission from the WHO, one of whose objectives was to investigate the possible relationship of the Wuhan virology laboratory with the pandemic.

As some of the members of the commission stated, their findings were thoroughly disappointing. The lack of sufficient collaboration on the part of the Chinese authorities and the concealment or absence of data made effective scientific work impossible.

The four pages that the commission report devotes to the investigation related to this laboratory within the 120-page report seem wholly inadequate, but nor was there much more to say when there were insufficient data or records available.

The commission was unable to identify another cause that could explain the origin of the virus either. The supposed intermediate host remains unknown.

The confirmation that several workers from the Wuhan virology lab had been hospitalized with symptoms compatible with COVID-19 a month before China recognized the existence of the disease has fueled controversy. Were these workers the first to be infected with SARS-CoV-2 in their own lab and then subsequently spread the infection?

The research carried out in the laboratory now under suspicion included, among other work, the genetic modification of bat viruses specifically to enable them to acquire the ability to infect human cells and proliferate in them, in order to design vaccines that would be effective against many of the coronaviruses known today to be human pathogens.

This is exactly what has happened in this case. Some kind of genetic mutation — artificially induced or naturally occurring — has caused a virus that did not affect humans to become a new pathogen, with surprising and unpredictable behavior.

In this respect, experts Dr. Steven Quay and Professor Richard Muller published an article in The Wall Street Journal entitled The Science Suggests a Wuhan Lab Leak (June 6, 2021) (read the full article HERE), in which they developed a theory based on the fact that “The Covid-19 pathogen has a genetic footprint that has never been observed in a natural coronavirus.”

So far, genetic analysis on 50 thousand samples from 300 different wildlife species in China has failed to provide scientific evidence of a natural coronavirus, but the conclusion that the large differences in RNA are the product of genetic engineering was questioned by an article published at the beginning of the pandemic in Nature Medicine (March 17, 2020). In the paper, the authors said that these differences could be caused by an evolutionary process and natural selection, saying that “The genomic features described here may explain in part the infectiousness and transmissibility of SARS-CoV-2 in humans. Although the evidence shows that SARS-CoV-2 is not a purposefully manipulated virus …”.  With regard to the aforementioned possible zoonotic origin, the article did not address the evidence that analyzed the CGG genome modification, so we believe their categorical claim appears to be overstated.

Further investigation should be made

In this respect, a recent article published in Nature (June 8, 2021) also examines arguments that the coronavirus SaRS-CoV-2 may have leaked from the Chinese laboratory. The article mentioned the study by Andersen that proposes the aforementioned CGG mutation as an effect of an evolutionary process, but Baltimore, another specialist in the field, says “Andersen could be correct that evolution produced SARS-CoV-2, but adds that ‘there are other possibilities and they need careful consideration, which is all I meant to be saying’”. The article also reports that Biden asked the US intelligence to investigate the origins of Covid-19 and report back to him in 90 days and concluded that “As Biden’s investigation commences and the WHO considers the next phase in its origin study, pandemic experts are bracing themselves for a long road ahead”. “We want an answer,” says Jason Kindrachuk, a virologist at the University of Manitoba in Winnipeg, Canada, “but we may have to keep piecing bits of evidence together as weeks and months and years move forward.” (read more HERE).

Quay and Muller address this characteristic of the SARS-CoV-2 footprint as the main reason that would suggest genetically engineered manipulation and weigh up the possibility of a natural origin. We excerpt what we think more relevant: “[…] Proponents of zoonotic origin must explain why the novel coronavirus when it mutated or recombined [evolved], happened to pick its least favorite combination, the double CGG. Why did it replicate the choice the lab’s gain-of-function researchers would have made?” “Yes, it could have happened randomly, through mutations”, they say, but call into question whether this is to be believed.

Quay and Muller’s central conclusion, “a Wuhan lab leak” is, so far, impossible to rule out. Quay’s theory is based on a large peer-reviewed study he conducted, entitled Bayesian Analysis of SARS-CoV-2 Origin, on the likelihood of the 2 hypotheses: natural origin or engineered laboratory product. ” This report uses Bayesian inference, a common statistical tool in which Bayes’ theorem, a well-known statistical equation, is used to update the likelihood for a particular hypothesis as more evidence or information becomes available… “. After examining the evidence available to date, Quay concluded that:

“The bat coronavirus RaTG13 has two rare, Esp3I restriction sites strategically located to permit insertion of a genetic sequence that codes for the unique features of the SARS-CoV-2 Spike Protein, its receptor binding contact amino acids and its polybasic (furin) cleavage site, using the ‘No See ‘Em’ synthetic biology techniques. 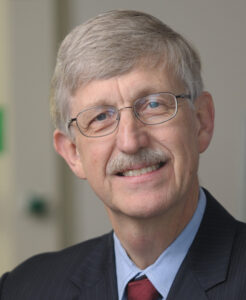 A large group of scientists, along with governments such as the US and the British administrations, have insisted on the need to revisit the hypothesis of the laboratory accident and the infection of its staff as the possible explanation for the origin of the pandemic, demanding a further investigation to try to explain it. We excerpt the short and valuable opinion of Francis Collins, Director of the National Institutes of Health, who says “I am not at all convinced that a natural origin is the only explanation; I’ve never been convinced, […] And I do think we should be calling on China to make an expert-driven transparent investigation possible because there are way too many unanswered questions.” (The Washington Post, June 15, 2021)

The personalist bioethical principles of Freedom and Responsibility define the need for trustworthiness and rigor in the provision of information that allows citizens to make free decisions knowing the available options and being able to properly assess their consequences.

The concealment, fabrication, or misrepresentation of information is the main attack on patients’ autonomy, freedom, and exercise of responsibility in decision-making.

If, in addition, this manipulation of information comes from someone who should be the guarantor of its rigor and trustworthiness, the public has lost one of their best allies in the complex task of knowing the evidence in order to act accordingly.

When science is not transparent in its procedures, it makes it difficult for its findings to be corroborated or disproved by other scientists. China’s concealment of relevant information, refusing to facilitate inspections of its laboratories by unnecessarily delaying them, and failing to provide the evidence requested by the WHO Commission of Inquiry is not only an attack against good scientific practice and the health of citizens but above all, against their dignity, which requires trustworthiness and rigor in information as it relates to the exercise of freedom and the right to health.