Genetic databases and patients’ medical records are sensitive topics when it comes to patient privacy. In this respect, different regulations have been made to preserve personal privacy. The universal regulation of these databases is based on the informed consent of the person for the inclusion of their data in databases. With the advent of digitalization of patient records these basic principles have been affected, read our recent report Torrential leak from the “de-identified” EHR data silo of American health care providers. Ethical perspective and a previous article Genetic data privacy in the U.S. questioned. Bioethical approach 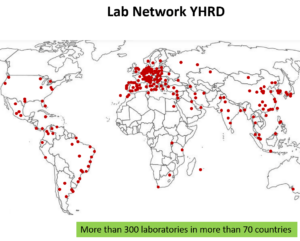 YHARD holds more than 300.000 anonymous Y chromosomes profiles from 1.300 distinct worldwide populations. The YHARD has a peculiar feature that is segmented in several data from minority ethnic populations such as the Uyghurs in China and the Roma in eastern Europe. It is now worldwide used to help to solve crimes and settle paternity cases. It is also database research that scientists from academia and crime laboratories have uploaded data to it.

In this respect, an Austrian forensic geneticist and vice-president of Interantiotional Society for Forensic Genetics, Walther Person says “The YHRD is absolutely essential for suspects anywhere in the world to get a fair chance in court,”.

The use of the YHRD database is questioned by European geneticists arguing ethics problems given the fact that thousands of the profiles of the aforementioned database were obtained from men who are unlikely to have given informed consent, says Nature article, read more HERE.

From a bioethical personalist perspective  […] “databases with the (genetic) information who have undergone tests should be accessible only for scientific purposes or by court order. (Personalist Bioethics – Foundation and Applications, page 332) but this controversy has a particular feature that the YHARD is segmented in ethnic minorities that could facilitate their persecution. In our opinion, the YHARD database should be used with extreme care to avoid this possible use, taking into account that it is to be assumed that many of these data have been obtained without prior informed consent.