Excess mortality has been observed not directly attributable to SARS-CoV-2 virus infection. Are more patients on the transplant waiting list during COVID pandemic?

What did occur in relation to transplant programs during the COVID-19 pandemic?

The SARS–CoV-2 virus pandemic has had and continues to have consequences, not only for patients directly infected by the virus, but consequences that also extend to economic, social, and in many cases health areas not directly related to SARS-CoV-2 virus infection.

Analysis of mortality in Spain during the pandemic period revealed that it had increased significantly, although deaths from COVID-19 occurred in only a percentage of cases. While this increased mortality could admittedly be due to deaths resulting from undiagnosed SARS-Cov-2 infection, especially in the early days of the pandemic, in many other cases it has been due to a lack of care for chronic diseases, or diseases presenting during the pandemic period that was not properly treated. In Spain, as in many other countries, excess mortality has been observed not directly attributable to SARS-CoV-2 virus infection.

If the care of patients with acute disease in the emergency, primary care and hospital services have been affected during the pandemic by an overwhelming burden of care, so too has chronic care, and patients have often become the second victims of the pandemic.

One group of patients with chronic disease, who need not only continuous care but also streamlined and effective healthcare systems, is patients with organ failure (kidney, liver, etc.) who are awaiting transplantation. Organ transplant programs require not only a highly developed organizational process to meet the needs of patients on the waiting list, but they also need a robust healthcare system that allows treatment of the potential organ recipient, as well as establishing an organ procurement system that is sufficiently agile to meet transplantation demands.

United States (US) in relation to transplant programs during 2020

A recent article on the website statnews.com (read HERE) examines what occurred in the United States (US) in relation to transplant programs during 2020, coinciding with the first waves of the COVID-19 pandemic. As in most countries, American hospitals were flooded, almost drowned, during the first wave, treating patients with SARS-COV-2. Within this healthcare maelstrom, many transplants had to be suspended. So what was the impact on the lives of patients on organ transplant waiting lists of the collapse of the organ donation house?

During the COVID pandemic, many modifications were made to the organ procurement system in the US to sustain the organ donation rate from previous years. It is remarkable that in the US in 2020, the number of transplants from deceased donors increased from the previous year. In 2020, however, the number of transplants performed was almost similar to that of 2019: 39,036 transplants in 2020 compared to 39,719 in 2019, only a small reduction. The decline in the number of transplants, despite the increase in the number of donors, was mainly due to the decrease in living donor transplants, which fell by almost 20% during 2020.  One of the fundamental efforts made to maintain the donation rate was the one undertaken by the transplant coordination teams, who very often had to contact the relatives of potential deceased donors at home to obtain the donation, since there were epidemiological restrictions on the number of family members allowed to stay with patients admitted to hospital.

While overall figures in the US suggest that the number of donations in 2020 “held almost steady”, there was significant heterogeneity among the various states. While some of them saw a significant drop in donations, mainly due to a lower number of admissions of critical patients to hospitals (fewer road traffic accidents due to reduced mobility of citizens, and fewer admissions of patients with acute cerebrovascular events due to “fear” of going to hospital in case they caught COVID), in other parts of the country the match rate was sufficient.

In recent years, the donation rate in the US has averaged 5% per year, and although that growth had not occurred in 2020, neither was it really thwarted in proportion to what had happened in other countries. In fact, there has been a reduction in the rate of organ donation for transplantation worldwide. According to data provided by the Global Observatory on Donation and Transplantation, compared to 2019, there has been an approximately 20% decline in the number of transplants from deceased donors globally. This decrease has been even greater (56%) when it comes to living donor kidney transplants. The fall in the number of road traffic accidents during 2020, as well as the reduction in medical assistance to patients with cerebrovascular disease coinciding with the pandemic, has been associated with lower hospital mortality due to central nervous system trauma; this has consequently resulted in a lower number of brain deaths, and therefore, of donors and transplants. The regulatory restrictions on the mobility of the population in many countries and, consequently, on-road traffic, have explained the decrease in the number of road traffic accidents recorded during 2020, and as a result, a decrease in road traffic fatalities. As in the rest of the world, Spain has seen a reduction in the number of brain-dead donors in 2020 (a 25% reduction compared to 2019).

Donations who died of neurological causes and donations after circulatory death

However, not only did the number of donors who died of neurological causes fall during the pandemic period worldwide, but a decline was also observed in the number of donations after circulatory death (DCD). These patients, who died either from sudden cardiac arrest or from controlled cardiac arrest after limitation of therapeutic effort, fell worldwide in the pandemic period. Thus, globally, compared to 8999 DCD donors in 2019, this figure fell to 7863 in 2020. Overall, the number of deceased donors fell worldwide by 19% and in Spain by 22% in 2020.

The consequences have been an increase in the number of patients on transplant waiting lists, as well as death on the waiting list of some patients awaiting an urgent vital organ transplant.

Obviously, the addition of patients to transplant waiting lists has not been affected by the COVID virus pandemic; rather, the overall trend has been to remain steady or even increase. Logically, a decline in the number of total transplants has meant not only longer waiting lists, but also an increase in mortality while patients were waiting for transplantation.

Conclusions of transplant organs during pandemic 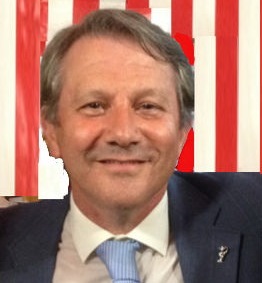