Pope Francis states that conscientious objection to abortion is non-negotiable

“You know that I am very clear about this: it is (abortion) a homicide and it is not licit to become an accomplice”.

The Supreme Pontiff once again insists on the non-negotiable duty of the faithful to oppose abortion. Doctrine reiterated by Pope Francis in continuity with the previous pontiffs, which is part of the Magisterium of the Catholic Church.

In a recent article published in Reuters (October 14, 2021), and other media, the Holy Father defends the right and inalienable duty of the medical professional to object to participating in an abortion, which he describes as “homicide.”

Conscientious objection to abortion:  Pope Francis addressing health’s workers stating that it can never be negotiated 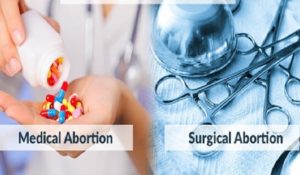 Pope Francis addresses a key aspect of the abortion debate in the world, the conscientious objection of the medical professional, which is being questioned even by renowned bioethicists as Savulescu and Queen’s University philosophy professor Udo Schuklenkand (read the report published in Journal of Obstetrics & Gynecology entitled There is no defense for ‘Conscientious objection in reproductive health care”) and it is prohibited in Sweden, Finland, and Iceland, with the aggravation that in the countries where it is allowed, the professional objector is frequently discriminated (see HERE).

The declaration of the Supreme Pontiff is of great relevance due to the current controversy over the restrictions on abortion in several states of the United States of America and the new position of the Supreme Court that understands that it is a legitimate measure of these local governments. For example, Texas state restrictions (see HERE) have been suspended by a regional court but the U.S. appeals court reinstates Texas abortion law, two days after it was halted (see HERE), Massachusetts state law, and other laws on hold in various states along with the possibility of repeal of the Roe vs. Wade, who establishes that it is a woman’s right to abort (see HERE), makes the Vatican’s firm position favor this trend in defense of life in the United States of America.

The Reuters article ends by saying that Pope Francis, in a speech addressed to the participants of a recent conference of doctors and pharmacists, said that today it is fashionable to think that it may be good to eliminate the right to conscientious objection in the field of medicine, referring especially to the objection to abortion, stating that it can never be negotiated and that health professionals have the right and responsibility to object.

Conscientious objection to abortion or accomplice of homicide

He concludes his lecture with an exhaustive statement “You know that I am very clear about this: it is a homicide and it is not licit to become an accomplice”.

The Reuters article ends by referring to a bishops’ conference convened in the United States of America whose agenda includes an admonition to Catholic politicians who promote abortion, as President Biden does.