What are the bioethical issues raised by the new law on assisted reproduction in France?

Macron‘s legal and bioethics reform an advance or a setback? A new law recently passed in France allows lesbians and single women to access in vitro fertilization treatment, specifying that both the biological mother and her lesbian partner will be recognized as mothers on the children’s birth certificate. 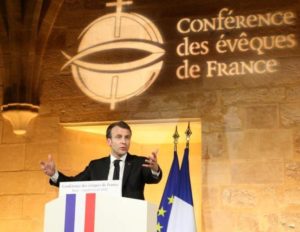 Last year Macron called a popular consultation to change the legislation on matters related to biomedicine and its bioethical implications, one of the most debated topics was the legislation regarding assisted reproduction (read HERE).

As we reported last July (read HERE), France’s Lower House recently passed a law that allows lesbian couples and single women to undergo in vitro fertilization in France, which until now has been reserved for heterosexual couples (see HERE).

We present a brief synthesis, both of the content of the law and of the bioethical issues it raises, particularly as regards the objectification of the child and the creation of offspring as a right that may threaten the best interests of the minor.

Limiting what the Law says to the bioethical issues just outlined, the following are permitted under the new French law on assisted reproduction, which is effectively an expansion of the law that already existed for heterosexual couples:

2.1. The genetic identity of the embryo

The aspiration to motherhood by single women or female same-sex couples requires male gametes to be obtained from donors. This implies some bioethical difficulties, such as respect (or not) for donor anonymity and the conflict over the child’s future request to know the identity of their biological father.

Fundamentally, the treatment of surplus embryos produced, including cryopreservation for an uncertain fate or their direct destruction, together with the possibility that they will be subjected to pre-implantation genetic diagnosis, would destine some of them — the “least suitable” — to certain death, which constitutes, in any case, a eugenic practice.

It is known that, initially, the queer community actively refused to adapt their rules of life to the heterosexual model and, consequently, also to reproduction[1],[2],[3]. In fact, it was not uncommon for some queer texts to disparagingly refer to heterosexual people as breeders [4]. For some women, not reproducing was a feminist option that refused to contribute to a patriarchal society[5].

More recently — French law is just one example — much of the queer culture[6] has positioned itself against these anti-social postulates and asserted its right to create genealogies, attacking any legislation that seeks to establish who can reproduce and how they can do so. This new twist on the LGBT claim, popularized under the label of “neovitalism”, proclaims the adult status of the community[7] and demands for reproductive minorities (same-sex couples, heterosexuals without a partner or poor people with fertility problems, transgender, asexual and disabled persons), access to assisted reproduction techniques (ART) to transmit their genetic material and thus prevent what they understand as political sterilization[8]. They demand to share, with heterosexuals, the right to create lines of kinship without any type of constraint or stigma [9],[10]. In this respect, ART would contribute to the transgression of hetero-patriarchal concepts by delegitimizing traditional forms of family, consanguinity and kinship[11],[12], and heterosexuality itself, as it is not necessary for the mother to identify herself as a woman[13] or for a father figure to exist among the parents.

Some authors suggest that queer neovitalism entails more than a few bioethical controversies: it could be potentially eugenic[14]when conditions of the race, health or social status exist in donor selection[15],[16], and also when using reciprocal in vitro fertilization between lesbian couples[17].

The emergence of queer breeders favors, in effect, the trade-in gametes and their subjugation to the law of supply and demand. In this respect, it seems logical to think that the average donor is someone who, at a certain point in his life, is in a weak financial situation. Something similar is already happening, as we know, with regard to surrogates who offer their reproductive services in countries such as Russia or Ukraine. As Doris Leibetseder reports, the “rental” of Asian, Latino and African-American wombs in the United States, and of Ukrainian and Russian wombs in Europe is substantial[18]. In countries where egg donation is legal, the main donors tend to be immigrants with temporary residence permits, who offer pregnancy or donation of their biological material like a job. Several studies suggest that, in some European countries, many donors are immigrants from Eastern European countries[19]. In view of this situation, some authors have come to talk of a kind of biocolonialism that contributes to the exploitation of people, usually of different races, sex and culture than those of the claimants[20].

Regardless of the appropriateness of the example and whether both practices are comparable or not, the fact is that the possibility opened by French legislation to learn about the biological donor parents opens the door to a series of encounters in which, to the moral and psychological shock that awaits the father and the child, we must add the burden of a socio-economic divide that produces added harm.

The fact that the beneficiaries of these gamete transactions are members of a group that invokes their social stigmatization and openly protests what they understand as the violation of their “reproductive rights” does not prevent them from being described by some authors as a kind of social parasitism that uses other people’s biological material, not caring about what happens once the “product” has been handed over[21]. In this sense, and rather than an exercise in emancipation or liberation, the use of ART for the procreation of lesbian couples or single women, could fall on the spontaneously natural, on the instinctive centrality that orders praxis to the submission of nature for our own benefit, disregarding a core fact: that we are not only the “center” of a world of which others are part or surrounding, but also part and surrounding of a world with multiple centers; centers that are individuals, and therefore worthy beings and holders of rights that do not depend, for their recognition, on their adaptation to our wishes or needs. The use of ART for the procreation of lesbian couples or single women could ultimately constitute one of those so-called “enhancement interventions” of nature that, as Jürgen Habermas suggests, conceal the “alien” intention to take possession of the person and to program them instrumentally[22].

Moreover, it is known that ART is associated with the selection — and therefore the exclusion — of human beings in the first moment of their lives. “Beings”, not objects, and therefore existing living and real whose particular way of being — that is, whose essence — makes us recognize them as the entity they are and not like any other; it makes us recognize them as humans. Certainly, there are those who argue that the human nature of the embryo alone does not confer upon it the quality of the personal entity. But the philosophical and anthropological literature has already shown, with sound arguments, that in relation to the substantiality of our nature and the accidental character of its non-constitutive qualities, any distinction between “human being” and “person” (read HERE) is arbitrary and probably self-serving[23],[24],[25].

Furthermore, the debate surrounding two questions remains to be resolved: The first is whether the interest to protect must always be that of the pregnant woman or if there is a superior right of the minor. The second, arising from the previous, is whether children are more loved for being more “desired” or if, rather, love for the child requires prioritizing their interests over ours, providing them with whatever may contribute to the orderly development of their personality.

It is clear that an affective and presumably stable environment is preferable to any care that a foster institution can offer, whose raison d’être is always subsidiary. That is why it is important to protect, by improving and updating its protocols, this wonderful institution of adoption which, throughout history, has united so many children with their parents in a full parent-child relationship. It is also true that there are households, even though they are made up of a heterosexual couple, that is profoundly broken and in which the care that children receive is deficient, violent or dysfunctional. Even so, it is paradoxical that there are children in situations of exclusion, orphans or ill-treatment who will reach adulthood in foster care institutions that cannot provide them with the parental affection they need, while some laws, such as the one we are discussing, allow the “production“ of embryos — sometimes “à la carte” — to satisfy the desire of those who contract ART, either to experience a pregnancy, or to prolong their own lineage, or to pour their affection into parenting. These children are certainly highly desired, but their right to receive the emotional, psychological and psychosocial influence of a parental role model is not taken into consideration. The question arises, therefore, as to whether they are not more desired than loved. Or, failing that, we must seriously reconsider what we understand by love and if this really exists as an act of will and unconditional endowment.

[7] Ulrika Dahl suggested this “queer adulthood” at the International Conference on Critical Kinship Studies, University of Southern Denmark, Odense, in 2014.

[13] As happens, for example, with pregnant transmen.

[16] Bellware, K. (2014). White woman who sued sperm bank over black baby says it is not about race. Cited from the Huffington Post (2 November) by Doris Leibetseder. This is the report of the lawsuit filed by two white lesbians with a sperm bank, after having an African-American child.