This is the first time offspring have been obtained from a single female in mammals. The research, conducted in China, has been published in the journal of the U.S. National Academy of Sciences (PNAS) (https://www.pnas.org/doi/full/10.1073/pnas.2115248119), under the title “Viable offspring derived from single unfertilized mammalian oocytes”.

The approach involved a combination of two techniques: parthenogenesis and gene editing. Parthenogenesis, which in Greek means “virgin creation”, is a form of asexual reproduction that occurs naturally in some plants and animals but not in mammals, whereby the unfertilized female oocyte duplicates its genetic material and begins to develop as an embryo. In mammals, the artificial induction of parthenogenesis has not been successful (until now) due to the phenomenon of genetic imprinting, according to which specific genes are inactivated in the female gamete and others inactivated in the male gamete. This selective inactivation is achieved by certain chemical groups acting on the DNA, so it is a form of epigenetic regulation (from the Greek epi, over, outside of, around –genetics). The combination of these two characteristic sex patterns is necessary for the individual resulting from fertilization to be viable. In parthenogenesis, the genetic endowment comes only from the female, so the male genetic imprint is missing. This lack of male imprinting had hitherto prevented the pseudoembryos obtained by parthenogenesis, called parthenotes, from progressing to birth. This is where gene editing comes in, which was the method applied in this experiment to overcome this difficulty, finally achieving the birth of live offspring.

The researchers used a technique similar to CRISPR which, instead of changing some letters of the DNA for others, makes chemical changes to those letters, activating or deactivating certain genes. Thus, after activating parthenogenesis in mouse oocytes, this gene editing tool was applied to artificially integrate the male imprint pattern into the genome. The oocytes subsequently began to develop like an embryo. In a first experiment, 192 embryos obtained by this means were subsequently implanted in surrogate mouse females to continue their development, eventually resulting in the birth of only three of them. Only one survived after birth, but reached adulthood and was able to reproduce normally. In a second experiment, in which a new genetic modification was added, two females out of the 155 embryos transferred survived. 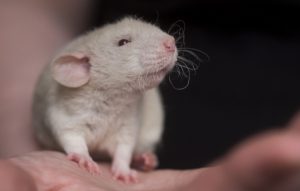 Although the efficacy of the process was extremely low, the study provides proof of concept that the birth of individuals generated by parthenogenesis in mammals is feasible, i.e., offspring can be obtained from a single mother, with no need for a father. It should be clarified that offspring obtained by this method will be exclusively female. In 2004, mice had already been obtained without the need for sperm or sexual reproduction, but in this case two oocytes were used: one that functioned as such and one that mimicked the genetic contribution of a sperm (see HERE). This approach was refined in 2018 and allowed mouse offspring to be obtained from genetically reprogrammed cells from males and females that were combined with enucleated oocytes (see HERE). The work referred to herein goes one step further, generating a new individual from a single unfertilized egg.

It should be pointed out that this study has been developed exclusively in mice. No human embryo has been used in research nor is it expected that this application can be used in humans for the time being or in the near future. Nevertheless, making these advances in a mammalian animal model brings us closer to the possibility of applying them in humans, which would mean generating exclusively daughters from a single person, the mother.

“This work is a very preliminary first step toward women’s reproductive autonomy”, says Xavier Vendrell, spokesman for the Spanish Association of Human Genetics and specialist in reproductive health. “Translating these results to humans is far from automatic. In Spain, for example, it would be illegal to keep embryos of this kind beyond three days of age. Furthermore, the human genomic imprinting program is much more complex than the mouse program. We don’t even know all the gene families involved”, he says.

We feel that trying to relate this experiment to women’s reproductive autonomy, ignoring the serious technical and ethical difficulties that it entails, is completely unacceptable.

Apart from these difficulties, the risk that in the future this approach may be translated to humans makes it pertinent that we question the motive for the study. In this regard, the published article is scarcely justified, with little more than a line in the discussion stating that “[t]he success of parthenogenesis in mammals opens many opportunities in agriculture, research, and medicine”. In our view, an article with such implications would merit further explanation of the potential benefits that could be derived from such research, as well as some reference to the ethical issues that would arise from the application of the procedure in humans, something that is not mentioned at any time. In our opinion, it is essential to warn of the ethical problems that generating human beings by parthenogenesis would imply. First, studies would involve the acquisition and destruction of hundreds or thousands of human embryos, which we find ethically unacceptable. In this regard, it should be clarified that, until now, the failure of pseudoembryos obtained by parthenogenesis to progress in their development due to the great genetic differences that distinguish them from embryos obtained by sexual fertilization (related to the absence of the male imprint) meant that they were not considered to be true human embryos, which made them ethically acceptable in experimentation. After this new step, however, the fact that these differences have been partly overcome, means that they must now be considered as true embryos, adding new ethical difficulties to the experiment. Furthermore, in this case, embryos left over from in vitro fertilization treatments could not be used, but would have to be generated specifically for research; this would expand the range of the public that could oppose them and of legislation that would not permit these studies. This opposition could be even greater, encompassing some utilitarian positions, if sufficient potential benefits are not demonstrated. Moreover, girls born as a result of this technique would be deprived of their father, not only socially but also biologically, since the mother would be genetically mother and father of that girl. This raises serious questions about the child’s welfare and protection. Finally, the safety risks would far outweigh those of in vitro fertilization and it does not seem justifiable to expose the future girl to such risks simply to satisfy a woman’s desire to be a mother without a male contribution. 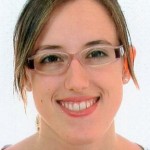