Skip to content
Home/Bioethics, SPECIAL REPORTS/Bioethics is spelled with a “C”

Bioethics is spelled with a “C”

There is general agreement that the pioneers of bioethics in Spain were Javier Gafo, Francesc Abel, Gonzalo Herranz, and Diego Gracia. Unfortunately, the first three are no longer with us, although their legacy is still very much alive. The last to die was Gonzalo Herranz, in 2021.

I would like to take advantage of this forum commemorating the 27th anniversary of Actualidad del Derecho Sanitario to pay tribute to Gonzalo Herranz and two other bioethicists who have also passed away recently and who, although they were not leading figures in early bioethics in Spain in the 1970s, may also be considered great drivers of this discipline. I am referring here to Carlos Alonso Bedate, who died in 2020, and Justo Aznar, who left us at the end of last year. 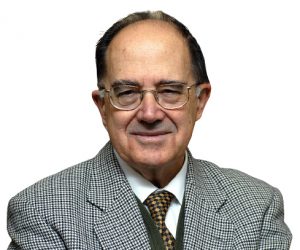 Gonzalo Herranz was Professor of Anatomical Pathology at the Universities of Oviedo and Navarre in Spain. Without leaving aside his Chair, he soon became interested in bioethics, especially from the clinical perspective. Based on solid knowledge of his academic specialty — and many others whose scientific developments he followed closely — he became interested in the right way to practice medicine, a profession increasingly subject to scientific evidence, but not always sufficiently attentive to its ethical demands, which are what give it its meaning.

He initiated fruitful line of research in bioethics at his University, and for a long time collaborated with the Spanish Medical Association, participating in the drawing up of the Code of Ethics and forming part of its Ethics Committee. His book of commentaries on the Code of Ethics of the medical profession was a decisive contribution to the fact that this norm would no longer be seen as a formality referring to peripheral aspects of the profession and would become a fundamental instrument for allowing doctors to see the demands inherent in their professional practice.

He also participated very actively in the meetings of the World Medical Association. John Paul II appointed him Academician of the Pontifical Academy for Life, of which he was a member of the board of directors.

Carlos Alonso Bedate, S.J., excelled as a scientist, joining the CSIC (Spanish National Research Council) as a researcher and research professor in the field of molecular biology. His research was accompanied by growing concern about the ethical aspects of biomedical research and biotechnology. He paid particular attention to the question of the status of the preimplantation human embryo, as did Gonzalo Herranz.

The two men held conflicting positions: while Alonso Bedate relativized the value of the human embryo in those early stages of its development, Herranz insisted that there was no later phase in which the embryo acquired greater ontological and ethical consistency than the one it already had since fertilization. Alonso Bedate represented Spain as a member of the Council of Europe’s Steering Committee on Bioethics for years. He was also a member of the Spanish Bioethics Committee since its inception, and became its vice-president. He always played a very proactive role in both institutions.

Just Aznar, like the others, had a brilliant scientific career. He set up and until his retirement headed the Department of Clinical Pathology at   Hospital La Fe in Valencia. In this field of research, he published many papers in the top journals of his specialty worldwide. For decades he presided over the Spanish Federation of Prolife Associations. From this area of social commitment in defense of prenatal human life, he became interested in the ethics of the beginning of human life.

After retiring from the hospital, he established the Bioethics Observatory at the Catholic University of Valencia, promoting postgraduate training and research in bioethics. Within a few years, Aznar became one of the most widely published Spanish authors in the world’s leading bioethics journals. Like Herranz, he was also part of the Pontifical Academy for Life.

I had the tremendous privilege of personally meeting all three and working on different projects with each one. The contact with them confirmed to me that knowledge is, above all, the transmission of a tradition, of a legacy that, naturally, encompasses knowledge, but also social practices and personal testimonies. The wisdom they treasured and were able to convey was not the result of learning or hyper-specialized knowledge, but of other qualities. Let me explain.

Despite the very different perspectives from which each of them cultivated bioethics, Herranz, Alonso Bedate and Aznar have three fundamental points of agreement. First, all three were leading scientists in their respective areas, each from their particular field: Herranz in academia, Alonso Bedate in the laboratory and Aznar in the hospital.

Second, their desire to learn led them to become interested in areas of knowledge other than their respective specialties, and all three ended up devoting particular attention to the ethical dimension of that knowledge and its biotechnological and clinical application. The craving for knowledge fueled their ethical conscience.

Finally, all three committed themselves firmly to the society in which they lived in different ways: Herranz mainly with the college medical institution, Alonso Bedate by participating in national and international bioethics committees, and Aznar with the promotion of the prolife movement and passionately spreading bioethical knowledge. Science, conscience and public commitment were the pillars on which they built their respective and engaging bioethical proposals.

At the present time, Spanish bioethics is mainly channeled through academia. There are some bioethics journals published in Spanish that have international relevance and the people who work in this specialty in Spain publish both in them and in other equally or more prestigious foreign ones.

We have good reasons to appreciate the contribution of Spanish bioethics to its development in the world. Nevertheless, let us not lose sight of the fact that those who preceded us were clear that this work would only yield consistent and valuable results for humanity if it was carried out on the basis of rigorous scientific knowledge, from a conscience that tirelessly seeks what is good and fair, and from an honest civic commitment to ensure that biomedicine and biotechnology are effectively at the service of man and society, and not vice versa. Thus, it is not foolish to say, as this forum began, that bioethics is spelled with a “c”: the “C” of science, conscience and commitment (from the original Spanish, “ciencia, conciencia y compromiso). 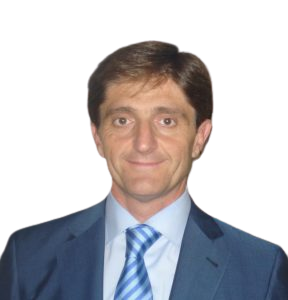 Professor of Philosophy of Law and Politics. University of Valencia