Last month, a team of 16 researchers, led by Dr. Akash Kumar, published an article in Nature Medicine dealing with the prediction of risks of transmitting common diseases by testing pre-implantation embryos produced by in vitro fertilisation.

Several embryo testing procedures are usually carried out in association with in vitro fertilisation to assure that the eventual conceptus is free from some diseases transmitted by their parents, as a eugenic policy. Pre-implantation genetic testing is currently used to prevent rare mendelian inborn disorders, but most common diseases are outside its scope, because a vast majority of these illnesses are polygenic; in other words, dysfunction of several genes are involved in the onset of disease, which often occurs at adult age. Coronary artery disease, prostate cancer and type 2 diabetes, for instance, fall into this category.

What are the novel claims of this study?

The novelty of the Kumar et al. article resides in that the authors have devised a method designed as whole-genome reconstruction (WGR), which involves genotyping of embryos obtained by in vitro fertilisation.

Genotyping is a procedure that allows detecting variants, usually in the sequence of short specific regions of DNA –for instance, those known to be altered in some diseases–rather than in the whole genome. Sequencing of the whole genome, apart from its complexity, requires more DNA than the small quantity that can be recovered from one of two embryo cells. 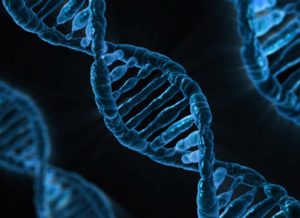 Through a complex set of experimental and bioinformatics procedures, the authors compare the full DNA sequence of the parents, the genotype of specific sequences in DNA isolated from one or two cells biopsied from an embryo, and predict the inherited whole genome sequence of the embryo.

In this way, Kumar et al. have reconstructed 110 embryo genomes from 10 couples and have compared 10 of the predicted sequences in embryos to the experimentally determined genome sequence of the corresponding 10 born children. The regions selected for genotyping comprise those normally altered in 12 pathologies, including cancers, cardiometabolic and autoimmune diseases.

In view of these results, they conclude that WGR may eventually, after a number of further studies, be useful in clinical practice to predict genetic risks in embryos, especially when the parents have a personal and/or family history of common disease.

Although the manuscript was peer-reviewed prior to publication as is the universal practice in scientific journals, the article has several weaknesses, which have been put forward in an editorial of Nature, the founder Journal of the Nature group, and in another article in Nature Medicine, authored by Dr. Josephine Johnston and Dr. Lucas J. Matthews, from The Hastings Center, Garrison, NY, USA.

Some of the limitations of the study were already noticed by Kumar et al. under the Discussion of their article. One of the technical limitations of the study is that the DNA samples mainly come from people of European descent, thus restricting the validity of the predictions when applied to people for other subsets of population. Furthermore, the occurrence of pleiotropy –i.e., the influence of one gene in several seemingly unrelated phenotypic traits– may result in that a gene associated with one beneficial characteristic could also increase the risk of a detrimental one. In this way, the selection of embryos with a lower relative risk for a given disease might influence their susceptibility to other pathological conditions.

From a bioethical point of view, in connection with in vitro fertilisation a serious concern about pre-implantation genetic tests must always be raised. These tests are mostly aimed at a eugenic purpose, discarding the embryos with suspected abnormality. Apart from this general concern, a first objection to the Kumar et al. article mentioned by some scientists –as in the two above mentioned critical articles– is that the proposed protocol is not yet ready to be used beyond academic research studies.

In our opinion, although this represents a serious problem, it is not the main ethical concern. Should the present technical limitations of WGR be resolved in a more or less distant future, there are major, permanent ethical issues to be considered.

In the present case, the examined risks are connected with polygenic common diseases, which are difficult to predict from genetic tests. Actually, women carrying a pathogenic variant of the BRAC1 gene –to quote an example from the Kumar et al. article– are prone to develop breast cancer, but they do not necessarily contract it, as mutations in several other genes are involved in the onset of the disease.

Moreover, most of those polygenic common disorders appear in the adulthood as chronic diseases, and people may lead a virtually normal life.  Besides, unpredictable environmental causes may epigenetically influence the commencement of these diseases. Consequently, the actual value of polygenic testing is limited and it may result in an increased elimination of viable embryos suspect of being liable to disease. Also, emphasizing the importance of genetic tests may undervalue the social and environmental causes of common diseases, with the concomitant weakness in the attention to those public health concerns.

The potential use of procedures not yet fully validated, such as WGR, could trigger the destruction of viable embryos in the context of a generalized in vitro fertilization practice. Moreover, as noted in the above-mentioned Nature editorial, and in the Johnston and Matthews’s article, polygenic risk scores open the door to evaluating not only disease risks, but also traits such as sex, height, intelligence, etc. In this way, the ethical issues of WGR would be greatly compounded.

Fellow of the Spanish Royal Academy of Sciences

Fellow of the Royal Academy of Medicine of Valencia, Spain

References of the mentioned articles: