Does performing euthanasia affect the mind of doctors?

At the beginning of April, a news article was published Spanish newspaper El Diario under the following headline: “It’s not ending someone’s life, it’s ending their suffering”. The news report relates the experience of one of the first doctors to practice euthanasia after its entry into force in Spain in June 2021. Andreu Pallars, the pseudonym this physician adopted out of respect for his patients, says that “We have to preserve people’s memory. Knowing my name, you can tell where I practice and, since euthanasia has not been performed in many cases, that could be enough to know who I attended… The conditions of death should remain private”.

Pallars is a general practitioner in a small town in Catalonia. Shortly before retiring, one of his 75-year-old cancer patients, whom he had accompanied throughout his illness, requested euthanasia, being one of the first to do so. “He had a terminal illness, but he still had a few years left to live. Even so, he decided he didn’t want to go on… It wasn’t easy, but we helped him fulfill his desire and end his pain before it became inhumane”, he explains.

The physician highlights the psychological difficulties experienced by professionals (doctors and nurses) before, during, and after the intervention. He describes his experience as overwhelming and hard, and states: “it is always sad to see a patient you know die, but added to the fact is that in this case, you have helped him. I felt… Good? I wouldn’t say happy or proud, but professionally I felt good, because I helped someone who needed it. It’s hard, but it wasn’t so much to end his life, but to end his suffering… It all depends on who you consider life belongs to. If you think it’s a higher being, object, that’s fine. But if you believe that life belongs to oneself, there is no logical argument to refuse you… many object, not for religious reasons, but to save themselves the paperwork or the ordeal”. 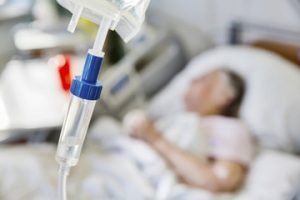 The nurse who assisted the doctor injecting the lethal drug has said, “the night before it was very hard for me to sleep: I have put many pumps so that my patients die without pain, but this is different. I had a feeling I’d killed him… The moment of death was very difficult. Then we called the family, who were waiting in another room. A very cold and strange situation arose, which no one knew very well how to handle.”

As B. Kelly rightly says in his study An indelible mark published in 2020, between 30% and 50% of doctors describe a significant emotional burden after performing euthanasia, and between 15% and 20% admit an ongoing adverse personal impact, stressing that “despite the importance of this issue [the psychological effect of performing euthanasia] to medical practice, this is a largely neglected area of empirical research”.

Furthermore, in the 2006 study by Kenneth R. Stevens Emotional and Psychological Effects of Physician-Assisted Suicide and Euthanasia on Participating Physicians, the author alleges that 1 out of 4 physicians regretted having performed euthanasia, and 16% said the emotional burden adversely affected their work.

Along the same lines, in a question session by Baroness Finlay to Dutch euthanasia practitioners in the British House of Lords in 2005, Dr. Mensingh van Charente stated that euthanasia “is not a normal medical treatment. You are never used to it”.

The Government of Catalonia has asked the psychologists of the Galatea Foundation, which specializes in mental health support for healthcare professionals, to support doctors who practice euthanasia. “Death is always present in this profession, but this is different. Fear, anxiety, guilt, and even doubts emerge” says Toni Calvo, president of the Foundation, who explains that it is necessary to “prepare them” before euthanasia, for “if we did not do it, many would end up doomed to terrible suicide, with a high chance of going wrong”.

At the beginning of this news article, paraphrasing the headline of El Diario, the doctor who practiced euthanasia says that this does not consist of ending someone’s life, but only their suffering. That is precisely what this doctor should have done: try to relieve the patient’s suffering, which is one of the functions of the practice of medicine when it is not able to cure. Unfortunately, however, what he has done is to terminate the patient, which is what he hastens to deny. And this, which he tries to justify, is not a medical act, but the work of an executioner.

We regret that the Government of Catalonia is very concerned about the mental health of health professionals involved in the practice of euthanasia, but are not so concerned about providing this same help to patients who suffer and need quality palliative care, which implies the treatment of their clinical, mental and spiritual needs.

Killing a patient cannot be justified. Neither too can omitting the care needed in palliative care. This is the real issue pending in the health system, and not the so-called normalization of the elimination of patients.