Vermont just passed a law legalizing remote prescription of assisted suicide drugs. The new rule also removes the previous requirement that the doctor has examined the patient. In this way, the doctor will never have to meet the patient in person.

Human dignity entails the necessary existence of the human person, which is why, in general, any action or omission that violates it is prosecuted (eg attack, rape, abandonment, etc.) by any State of Law, promoting and guaranteeing the effective integrity of life, especially by professionals in the health field (medicine, nursing, pharmacy, etc.).

For this reason, even in the extraordinary cases regulated by the legislation of various states that legitimize killing the human being before birth (abortion) or death (euthanasia), a specific casuistry is determined and a specific clinical-medical procedure that aims to provide guarantees that legitimize the suppression of human life. As if the weakest and most needy human life (e.g. the life of the unborn or the life of a terminal patient), due to complying with pre-established procedural or clinical parameters in a legal norm, is no longer human life and can be murdered with total impunity.

The latest novelty is the legislation on assisted suicide of the State of Vermont (USA), signed on April 27, where a doctor will not be subject to any civil or criminal liability or professional disciplinary action if he prescribes a lethal drug for self-administration “from a distance”.

Therefore, this law legalizes the remote prescription of lethal drugs for assisted suicide (Zoom, Skype, etc.) without face-to-face or prior meeting between the doctor who prescribes the lethal drug and the terminal patient.

To do so, the physician must document that there have been two verbal requests from the patient, that he was terminally ill and that he has been physically examined by a doctor. In addition, a minimum time of 15 days must elapse between the two requests.

In this way, the moral burden of the doctor is more bearable by not having to verify the will and the real clinical state of the applicant for assisted suicide. Thus, the patient becomes a mere subjective will to care without having to personally and professionally verify his status.

Therefore, it could be the practice that a doctor would verify the patient’s condition as being in the terminal phase and another different doctor, without having treated the patient (and maybe in another part of the State) would prescribe the lethal drug by videoconference to his self-consumption.

In conclusion, human dignity and its existence ceases to be a right to guard and protect, and becomes a desire and subjective feeling to attend to to the detriment of medical ethics and the painless existence of the terminally ill patient (palliative care). In other words, to prescribe a lethal drug, the doctor puts the remote verbal declaration of the terminal patient before the ethical duty to respect the life, dignity and health of the terminal patient, which can be carried out through palliative care. 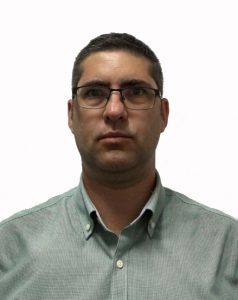