Skip to content
Home/Bioethics, BIOETHICS NEWS, Demography, Marriage and Family, SPECIAL REPORTS/Family size and aging parents. New arguments for an obsession that borders on the absurd

Family size and aging parents. New arguments for an obsession that borders on the absurd

Study suggests that having children impairs the cognitive health of parents

On 22 May, Spanish newspaper Levante[1] reported a study conducted by Columbia University’s Mailman School of Public Health and Paris-Dauphine University. The study, published in the scientific journal Demography[2], claims that having three or more children hastens the cognitive decline of parents — both men and women — by up to 6.2 years when they become older. This effect allegedly has to do with the economic effort, the impact on work and the stress involved in parenting.

We can only imagine the founder of this Observatory, Dr. Justo Aznar (father of 10 children), questioning these claims from the heaven to which he departed in old age, having researched and published until the day of his departure with cognitive skills that most researchers we know would envy, both those “with” and “without” children.

Interestingly, the study adds that this effect is more pronounced in northern Europe, where the social resources available to families do not correspond to their size. Thus, more children mean more expenses and responsibilities, but not more social assistance. It does not say, however, that this assistance is higher than that offered in the countries of the south, so that household economies in northern countries do not suffer with the arrival of a new child — not even close — as they do in the latter.

It might be thought, therefore, that it is devious to blame high fertility for cognitive impairments in old age and that it is nonsense to consider the fertility of families as a possible predictor of cognition in old age, along with other factors such as education or occupation. What impairs health, including mental and cognitive health, is the stress and anxiety arising from insecurity and socio-economic vulnerability, factors that have to do more with political priorities than with family size.

The biases of the survey from which this conclusion was drawn 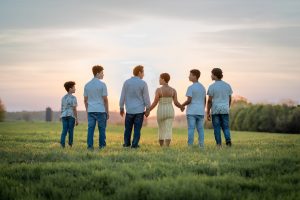 The researchers analyzed data from the Survey of Health, Aging and Retirement in Europe (SHARE)[3]. SHARE is an international and interdisciplinary project, promoted by a consortium of scientists from the European Union and the United States in response to the European Commission’s request to “examine the possibility of establishing, in cooperation with Member States, a European longitudinal aging survey” to promote European research on the aging process.

The data collected by SHARE include different health variables such as self-perceived health, physical and/or cognitive functioning, and use of healthcare services, as well as data on biomarkers such as body mass index, grip strength, and those that can be analyzed in a dried blood sample. It also includes variables related to psychological health, wellbeing and satisfaction, socioeconomic variables such as possible post-retirement work activity, the sources and composition of income, wealth and consumption, housing and education. Finally, it also includes variables on social support such as family care and assistance.

It is important to note that the results were obtained after applying a series of surveys that are international in nature (identical in content and format for participants from 27 European countries plus Israel), longitudinal (the same participants over time, who undergo hour-long interviews every two years) and interdisciplinary (because they cover a large number of variables that are rarely found in the same survey,  which allows for a comprehensive view of the situation of the interviewees and to explore the interaction between areas generally studied separately). Specifically, 140,000 people aged 50 and over have been followed up and have already completed approximately 380,000 interviews. Their answers have been analyzed with advanced econometric methods, which are presumed to be able to unravel the causality of their simple associations.

To the fact that the data come from surveys (often with items of self-perception and therefore with a significant subjective bias) and that their analysis is statistical (ignoring, consequently, that certain answers may be due more to the design of the question than to objectifiable evidence), it should be added that the project — as could not be otherwise — has a sponsor:  the European Commission through the Fifth, Sixth and Seventh Framework Programmes and Horizon 2020 and, additionally, the US National Institute on Aging. By their very nature, these institutions bring together the interests of European countries, which are expressed in the means and funding they provide from their state budgets.

In particular, in Spain, the funds allocated to it are managed by the Ministry of Science and Innovation (with its corresponding ideological bias) and by the Bank of Spain (with its corresponding economic bias). In each participating country, in fact, there is a scientific node, usually associated or affiliated with an academic institution, which is responsible for the implementation and monitoring of the survey in that country. In Spain, the Spanish scientific partner responsible for the management, development and monitoring of the survey since the first wave is the CEMFI (Center for Monetary and Financial Studies), an institute founded by the Bank of Spain dedicated to postgraduate training and research in economics. The professor responsible for the Spanish scientific team at CEMFI is Pedro Mira.

Finally, it is curious that the central coordination of the survey is assigned to Axl Börsch-Sipan, professor at the Munich Center for the Economics of Aging (MEA) at the Max Planck Institute for Social Law and Social Policy. The total bias of this study, therefore, is economic.

Suggested causes for cognitive impairment as a consequence of large families

The study says that, starting with the third child, having one more child usually involves:

As a consequence — adds the original study and underlines the newspaper owned by the PRISA group — the likelihood of falling below the poverty line increases, the standard of living for all family members decreases and financial worries and uncertainties are generated that could contribute to subsequent cognitive decline.

Perhaps not everything is bad…

Fortunately, the study does not hide the fact that large families generally lower the risk of social isolation among older people, which is a key risk factor for cognitive decline and dementia, and often increases the level of interaction and social support, which may be protective against cognitive decline at older ages.

That fact that living carries with it an associated dramatic burden is indisputable. 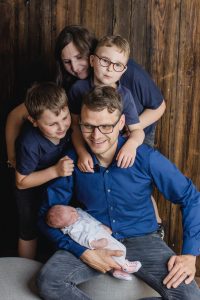 For people, in fact, it is not enough for us to live; rather, we must “learn to live” by conquering our freedom — in a constant struggle against the egocentric conditioning of our instinctive nature and against the pressures of a sometimes hostile social environment — in order to be able to choose the ends and means that will allow us to achieve what we really yearn for: our personal fulfillment and completion[4], to the realization of our life. This conquest is impossible without the help of the virtues: prudence, which helps us to choose the good after proper deliberation; justice, which moves us to seek a good that is only good when it is common, that is, of each and every one; fortitude, which allows us to resist the pressures of the environment and the era; and temperance, which cools irrational impulses and encourages decisions that are not as cold and cerebral as those of artificial intelligence.

Turning parenthood into a decision to be made after a utilitarian calculation is typical of statistical software, in effect, of an artificial intelligence but not a human moral agent, which does not act for invariably physical and necessary causes, but for good reasons of conscience. These reasons compel us to seek good and avoid evil by taking into consideration certain principles that this study does not seem to address, such as the value of human life or the principle of justice itself.

However, this is not the place to dwell on considerations so profound in their weight and so extensive in their development. We shall simply say that:

It is striking, in this regard, that the study unashamedly admits that the decline in the cognitive health of parents is more pronounced in northern Europe, where the social resources available to families do not correspond to their size. Thus, more children mean more expenses and responsibilities, but not more social support. It seems shameful to appeal to the economic difficulties associated with child-rearing experienced by parents of the countries of northern Europe when, as evidenced by all the available data (and underlined by former director of the Earth Institute at Columbia University [2002-2016] and special adviser to the United Nations in relation to the Millennium Sustainable Development Goals, Dr. Jeffrey Sachs), it is the poor countries that cannot supply infrastructure to a population that doubles every generation, generating fiscal challenges to maintain their development that imply the “extension of capital” instead of its “deepening”[5]. In these countries, the size of the family could force the downsizing of agricultural plots and pastures, depleted by the lack of fallow land, and force the search for new resources such as deforestation and aquifer exploitation, adding, even more so if possible, to the poverty of those responsible for child-rearing. That, we dare say, is stress, not that of a couple in a Nordic state who are forced to bear the economic burden of raising a new child.

Secondly, the reduction in birth rates has seriously compromised generational replacement, plummeting the West — and, it could be said the entire world based on demographic data updated by the World Bank[15] — into an unprecedented demographic winter with predictable consequences, among which are: 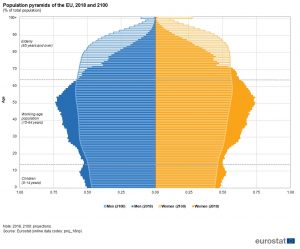 Population pyramids of the European Union between 2016 and estimated in 2100 (% of the total population).

In Figure 1, the population data for 2018 are highlighted in solid colors, while the population forecast in the European Union for 2100 is shown as horizontal lines with no background. As can be seen, the number of adults of working/contributing age decreases as a result of falling birth rates. Given that life expectancy is increasing, what these data predict is either a decrease in contributions – which would be detrimental to the health and wellbeing of older adults – or an increase in the tax burden on workers that would contribute to the pensioner’s self-perception as a burden on the community, as a liability, while generating stress on the taxpayer that, for sure, would have a long-term impact on their cognitive health. It seems, therefore, that the demographic winter is certainly more harmful to the population than the selfless rearing of large families.

Figure 2. Population structure in the European Union by age between 2019 and estimated 2100 (% of total population) 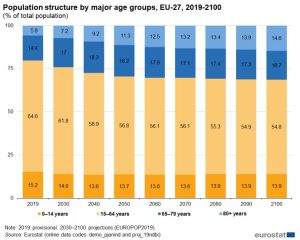 Figure 2, in line with the information provided by the first graph, shows the progressive increase in the percentage of the older adult population and the alarming decline in the working-age and pediatric population who, when the day comes, will have to replace it. This situation, in terms of social benefits, is literally suicidal.

In view of the above, we believe that it is necessary to demand more argumentative and scientific rigor before venturing to make statements such as those suggested by the study reviewed and disseminated by Levante. 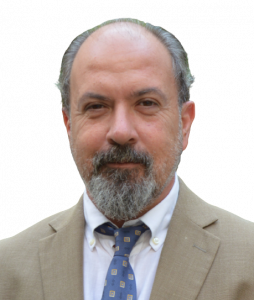