Lia Thomas continues to have an advantage over her rivals, even though she takes testosterone suppressants. The debate between transsexuality and sport continues

According to the doctors, although the transsexual swimmer is taking medication to reduce her testosterone levels, she still has a clear competitive advantage over the swimmers she competes against.

Lia is achieving overwhelming victories in the swimming championships in which she participates in the women’s collegiate category and it is expected that if she reaches the professional category the same will happen. However, her future in competitions is uncertain and there is a great division of opinion regarding her presence in women’s competitions.

On the one hand, many women who fight for their right to compete in student, collegial and professional leagues are totally against her presence, and on the other, there is a movement that wants trans athletes to be allowed to compete with gender identities that they have chosen.

Her presence in collegiate championships forced the National Collegiate Athletic Association (NCAA) to establish a maximum level of testosterone in the blood as a scale to consider a woman admissible in women’s competitions. Although Thomas has been taking testosterone suppressants ever since, she still has a clear advantage over her rivals. 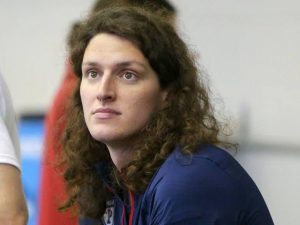 After a meeting with the women of the Princeton University swim team, who expressed concern about Thomas’ presence in women’s competitions, Robin Harris, the director of the Ivy League athletic conference, has positioned herself in favor of Lia Thomas, has declared that she is not going to change the regulations in the middle of the competition and has also called them transphobic.

Many trans rights activists say the terms “biological female” and “biological male” are transphobic, insisting that biology and gender identity are largely social constructs. In addition, they try to silence those who do not think like them.

The retired tennis player Martina Navratilova, champion of liberal and lesbian causes, argues that transgender athletes possess insurmountable biological advantages. “I played against taller women, I played against stronger women and I beat them all. But if I’m up against the male equivalent of Lia in tennis, that’s biology. I wouldn’t have had a chance. And I would have been furious.”

Half of the members of the team at the University of Pennsylvania, with which Lia Thomas competes, sent a letter to the school, published by a lawyer, saying that the swimmer had “an unfair advantage”.

As in many other issues, to ignore biology and attribute personal identity exclusively to desire or one’s own perception is to betray reality. The sex-gender confusion promoted by gender ideology seeks to ignore the sexual nature determined from fertilization, which will remain unchanged throughout life and determines openly different developments in men and women, including anatomical, physiological, endocrine and neurological aspects, which direct the two sexes towards different ways of being with a complementary vocation. So it is precisely these enormous differences that guarantee, among other things, the survival of the species through sexual reproduction.

Pretending to cancel the sexes means denying human nature. And at this point, things like the one we are dealing with happen, where the evidence is overwhelming showing these differences linked to sex. They are very enriching not only at the biological level -reproduction- but also as promoters of the human relationship, based on the complementary difference.