Euthanasia of people with quadriplegia: a new attack on human dignity

A 46-year-old Italian man with quadriplegia has become the second case of euthanasia authorized in Italy, where neither euthanasia nor assisted suicide are legal, having spent the last 18 years confined to bed. It was the patient himself who chose the means to bring about his own death, deep sedation, in the absence of a response from the health authorities regarding the drug that was to be supplied to him (see more).

The first case was Federico Carboni, 44, a quadriplegic since 2010 as a result of a road traffic accident, who underwent assisted suicide at his home in Senigallia (province of Ancona) last November, following a ruling by the Constitutional Court.

After expressing his wish to take his life, the Italian Public Health ethics committee decided to grant him permission, since he met all the conditions stipulated in the aforementioned ruling that established the right in 2019.

Assisted suicide had hitherto been punishable under Italian law with a penalty of between 5 and 12 years in prison. However, the Constitutional Court, the highest legal body in Italy, introduced an exception for “patients kept alive with treatments […] and with an irreversible pathology, source of physical and psychological suffering that they consider intolerable, although they are fully capable of making free and conscious decisions”.

According to the Luca Coscioni Association, which supported Carboni in his fight, “Federico died in his home after having self-administered the lethal drug through a special machine, costing about 5000 Euros, entirely at his own expense and for which the association had launched a fundraiser”. The procedure took place under the supervision of Mario Riccio,an anesthetist who was also an advisor to Carboni during the judicial process to die.

Last December, the Italian Parliament began to study a bill that will allow certain patients to undergo a form of assisted suicide, a text that divides political parties and that will continue to be discussed for months.

Similarly, as reported by Spanish newspaper El Debate, in Spain, the judge of Tarragona’s Court of Instruction No. 5 has sanctioned the request for euthanasia made by a former security guard who opened fire on his former colleagues and a police officer. The man, who suffered a spinal cord injury after being shot during the arrest, requested euthanasia two weeks ago.

Although the Terrassa Prison Hospital where he is hospitalized has authorized euthanasia, two of the victims of the shooting — including the wounded Catalan police officer — have asked the court to halt the proceedings on the grounds that an alleged murderer cannot avoid trial or sentencing through euthanasia.

In her brief, the judge ruled that there should be no “interruption” of the euthanasia process, since the Law on Euthanasia “does not confer any competence on the examining magistrate to decide on the process”.

Following the approval of the investigating judge, it will now be up to the Guarantee and Evaluation Commission, a multidisciplinary body under the Catalan Government, to evaluate the euthanasia process requested by the prisoner. 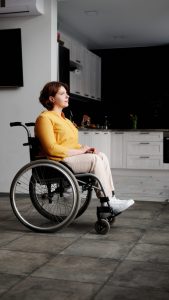 The manifestation by a person with quadriplegia of the desire to die because he or she considers that their suffering is unbearable seems to be sufficient for the application of euthanasia in Spain, where it is legalized, and also in Italy, where it is not.

In the case of quadriplegia, it is not a terminal illness nor is it accompanied by pain or other clinically uncontrollable symptoms; rather, it is psychological distress caused by the situation of extreme dependence and incapacity that seems to remove any sense that it is worthwhile to continue living from those who request euthanasia.

Many quadriplegics endure their situation of extreme limitation and dependence without wishing to be euthanized, because they still have reasons to live. But it is the absence of these reasons that leads to the request to be killed.

However, no one seems to have argued that these quadriplegic patients perhaps need to be helped to find reasons to go on living, because they are still persons of dignity, capable of relating to others, capable of being cared for as that dignity demands.

The situation posed by these two cases is no different from those who attempt suicide because life has become unbearable for them, as defined by the Law on Euthanasia in Spain. But a suicide who fails in his attempt is not helped to die, but to live, and is given the necessary treatment to try to abandon his self-destructive behavior. This is what should be done, but it is still contradictory to the pro-euthanasia positions that justify killing the quadriplegic who requests it because living in his condition entails unbearable suffering, like suicide.

And then it will be the children, or the psychiatric patients or, simply, the healthy people tired of living. What argument will the Guarantee Commissions evaluating cases for the application of euthanasia use in order to deny it to those who enjoy excellent health but who claim that continuing to live causes them unbearable suffering because their lives are lacking any meaning? Will we help others to find this meaning or will we just take them out of the way?

As we have previously stated, these are undoubtedly signs of the decline of a civilization.