Skip to content
Home/Bioethics, BIOETHICS NEWS, Genetics and Genomics, SPECIAL REPORTS, Synthetic Biology/Synthetic embryoids. Could they be the solution to the shortage of organs for transplantation?

Synthetic embryoids. Could they be the solution to the shortage of organs for transplantation?

At the beginning of August, a group of scientists headed by Jacob H. Hanna of the Weizmann Institute in Israel published a not-yet-completed study in the journal Cell, in which they described two sequential breakthroughs: 1) the creation of an optimal platform for the growth of mouse embryos after implantation; and 2) the generation of mouse embryos with adult stem cells without using sperm, eggs or womb until day 8 of development. In doing so, they hope to use this same technique to create human embryoids from adult stem cells. On 25 August, the same author and another group published a related paper in the journal Nature.

The essential aim indicated by the authors of both papers is that their findings can be used to grow organs for transplantation. This alerts us to the manipulation of these pseudo-embryos and the consequences of such actions.

Until now, different attempts to develop embryoids have failed because transfer to the recipient uterus or the bioreactor used in its stead has been technically unfeasible. Here we analyze the first paper, which is the main source of the news for this month of August.

The development of this bioreactor is the first breakthrough presented in the paper and is very important. It facilitates the culture and growth conditions that allow the continuity of natural mouse embryogenesis from pre-gastrulation until late organogenesis stages ex utero. 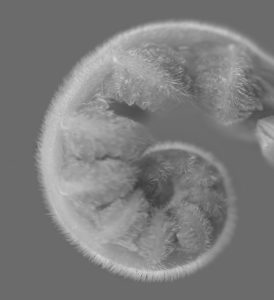 About 10,000 stem cells were used in the study. In the bioreactor, only 50 of these were able to cluster into egg-cylinder-shaped embryoids and other structures, 95% similar to those of natural embryos of normal mice. This 8-day protocol supported the self-organization and growth of naïve embryonic stem cell-derived aggregates (unmanipulated mouse embryonic stem cells) in their organogenesis stage. The embryoids grow within extraembryonic membranes similar to natural embryos developed in the uterus of mice. However, from day 8, the embryoids showed no further development and on day 9, aberrantly enlarged hearts and profound pericardial effusion were observed.  In addition, as early as day 8, several abnormalities were found in the anterior, mid or posterior regions of the embryoid, such as lack of neural folds or other body segments, as well as the fusion of neural folds or development outside the yolk sac.

Of the egg-cylinder-shaped embryoids at day 5 that were chosen for transfer to the bioreactor and to achieve further growth until day 8, less than 2% became embryoids comparable to natural mouse embryos. This translates into a real embryo development efficiency of 0.1%-0.5% of the total employed at the beginning of the experiment.

The authors suggest that cells and tissues from these synthetic embryoids could be potentially useful for cell differentiation research and transplant biotechnology. According to the information disseminated in the media by the principal investigator of the study, the internal structures of these synthetic embryos, i.e., their organs, could be functional and could be used to avoid clinical trials with animals or to rejuvenate the immune system of older people. The method applied is to gestate them just until the basic organs have been formed. The author says that the ability to create these embryos is “really amazing”, and thinks that it “can be a massive, transformative platform technology that can be applied to both fertility and longevity”.

In statements for France 24, Dr Hanna said that “the big problem for transplantation is that you need to find a matching donor and the DNA is never identical to the patient. So there will always be rejection or you have to take steroids to suppress that response. With this method and if we apply differentiation, the cells will be from the patient, so it will be the exact DNA — no need to find donors and there can be no rejection”. The problem with transplantation, however, is not just rejection.

Evidently, this desideratum of Dr. Hanna shows that he does not fully understand the medical-surgical field of transplantation. If we could safely and effectively use small-volume organs for our patients, the solution would be simple, using tiny organs from stillborn children or those born with lethal abnormalities. However, experience and clinical efficacy with these small organs is poor. Thus, the United Network for Organ Sharing in the United States reports 0.03% to 0.21% organ procurement in children under 28 days old. Additionally, many of the organs procured are for research purposes rather than for transplantation.

Bringing an organ from an embryoid to a patient-useful volume means growing that embryoid to a body volume similar to that of the recipient (70 kg on average). In recent years, the experience of the NITIUV group (Hospital La Fe and UPV) in non-vascularized metanephros transplantation (embryonic kidneys) in rabbits has achieved good results, but with the limitation of renal atrophy after 3 weeks of development.

Globally, few groups work with these non-vascularized grafts for xenotransplantation, and progress is very slow. For clinical application in organ transplantation, the volume is critical. Hence it is very risky and daring to propose this technique of embryoids as a solution in this field.

Should synthetic human embryos be used for scientific experiments? Would these embryoids have any rights? 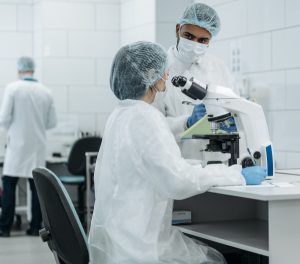 According to Professor Hanna, an artificial embryo produced from human stem cells that has been developed in a laboratory cannot be considered as a human being; therefore, it is not subject to rights and consequently does not have a right to life.

He considers that it is possible to genetically modify the initial cells so that the embryo never develops certain organs, restricting its development and thus avoiding any ethical conflicts.

However, this situation leads us to reflect on when a new life begins. When is this life of a new human individual, called a person, the object of law? How should we act and assess the actions that lead to its destruction? To that end, we need to have a clear idea of what an embryo is and what its ethical dimension is.

This rise in research for the experimental production of complex structures similar to mammalian embryos (or parts of them) from stem cells in vitro leaves us facing new bioethical dilemmas.

From an ethical point of view, the creation of embryoids is very complex. Do we give human embryoids the same ethical status and regulation as intact human embryos? To answer this question, we must take into account the moral status of the natural embryo and whether human embryoids have the same organic potential. Sensu stricto, the real problem lies in the lack of consensus on the moral status of the embryo. We assume that it has a complete Moral Status from conception with all rights, although some authors consider that the Moral Status is, biologically, emergent; for other scientists and bioethicists, this Moral Status does not exist, and others are of the opinion that it depends on the development of the embryo. These new bioethical challenges arise when new embryoid formation technologies are applied using human stem cells. The breakthrough in the formation of embryoids from stem cells is very complex, both in mouse cells and in human cells. The complexity lies in the individualization, which is the last stage of development, the primitive streak stage, and is what gives rise to the discussion on the use of human embryos in research and the production and use of human embryos, since they can cross the line of this primitive streak. There are several dilemmas that emerge: 1) based on these experiments, several researchers want to defer the day 14 rule of embryonic development that many groups have respected; 2) before considering experimentation with human lineage, should not we experiment with non-human primates (as a logical experimental progression)?; and 3) which should be more decisive, the functionality or usefulness of a viable end product or the artificial nature of its origin?

Experiments should not involve human stem cells for natural reasons, as this initiates self-organization processes, leading to individualization or acquiring more developmental autonomy. In the end, the serious problem is the instrumentalization of human embryos in their initial stage, as well as the source of such human embryonic stem cells, their derivation and the use of other similar stem cells, as this may cause additional ethical problems.

Further assessing the biological basis of individualization is a very important aspect that must be considered in the new legal regulations on research into embryos derived from stem cells and establishing certain limits to experimental developments.

There is currently little explicit regulation on the subject of human embryos and the same definition of an embryo is not shared. This leads to a lack of insight into human embryo models.

In short, this is a very incipient field of research, with few and far between possibilities of translation to human medicine and with many ethical dilemmas on the horizon. Creating such expectations in patients waiting for an organ is not the wisest course. 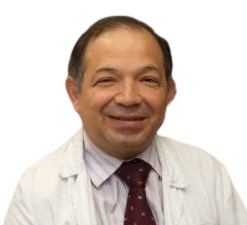