The “Trans Law” in Spain, increasingly criticized by experts

The approval last June of the Bill for the Equality of Trans People and the Guarantee of LGBTI Rights by the Spanish Government has generated controversy since then.

Now the Government wants to approve this regulation that contemplates medication with puberty blockers and legal sex change from the age of 12. It would be done ignoring the warnings of the experts about the serious risks of this practice.

Leading countries back down

Meanwhile, countries such as France, Finland, Sweden, Australia, the United Kingdom, New Zealand and some US states such as Arkansas, Texas, Alabama, Montana, Ohio and Arizona are already rectifying and backing down. Sweden, one of the first to pass trans laws, has ended the prescription of puberty blockers for those under 18. In addition, it has incorporated psychiatric evaluation into its action protocols before starting hormonal therapy. New Zealand has decided to establish compulsory psychiatric evaluation and Finland establishes the minimum age for medical-surgical treatment at 25 years. For its part, France has decided to curb the use of puberty blockers due to the terrible side effects they cause, such as growth impact, bone weakening, risk of infertility, emotional and intellectual consequences and, for girls, symptoms similar to menopause.

Julio Guerrero-Fernández and Cristina Mora, pediatricians at Hospital La Paz in Madrid, describe the undesirable side effects of gender transition therapies in their “Hormonal therapy protocol for transgender children and adolescents”.

Influence of the social environment 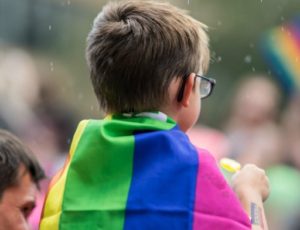 French National Academy of Medicine recently issued a press release warning of the alarming increase in the number of cases of transgender identity in young people. It states that they are often related to the influence of the social environment and encourages extreme caution when establishing hormone blocking and gender transition treatments. Treatments can be counterproductive and, in many cases, irreversible.

Experts warn that, among the notable side effects associated with this type of therapy, cardiovascular problems, osteoporosis or neurological problems should be highlighted. At the psychological level, there is a higher risk of depression, anxiety and suicidal tendency. Previously, the UK National Institute for Health and Care Excellence (NICE) established that the risk/benefit ratio of hormonal interventions for gender blocking and gender transition for minors was highly uncertain.

In 2020, a judicial review in the UK highlighted the general ethical issues raised by the practice of medical “gender affirmation” of minors. The UK High Court findings reflect growing concern among researchers and clinicians about the rapidly rising number of adolescents with gender dysphoria. And also about the marked lack of evidence that hormones and surgery improve long-term health outcomes (see HERE).

And what do the experts say in Spain, those whom the Government has ignored?

In the same sense as the aforementioned countries, the Spanish Association of Child and Adolescent Psychiatry (Aepnya) has issued a harsh statement. In it they accuse the Government of “serious institutional negligence in the care of children”, since the comprehensive medical care (physical and mental) to which all children are entitled cannot be jeopardized.

It is ignored that in all judicial decisions relevant to the life of the minor, their best interests must prevail. And that in countries such as Finland or the United Kingdom, there has been a shift from faster and more invasive models to others that are more psychological, reflective and linked to Mental Health.

From the Bioethics Observatory we have repeatedly warned of the ethical difficulties that underlie hormonal blockade and gender transition treatments. In addition, we have warned of the serious medical problems associated with hormone blocking therapies, which are not authorized for that purpose, but for the treatment of precocious puberty in preadolescents.

As we have warned from our Observatory in this report there are not enough “safety and efficacy data on the use of these treatments for hormonal blockade prior to gender transition are insufficient, and their administration is considered “off-label” because there is no express authorization for their use in this indication”. 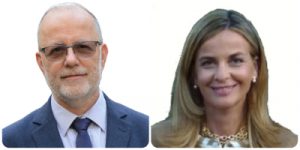