On October 21, 2022, the scientific journal The Lancet published an article regarding the research carried out by Dutch researchers. It analyzed the progression in gender transition treatments in those who were administered puberty-blocking drugs in adolescence.

The study, in which more than 700 minors from the Netherlands participated, concluded that 98% of adolescents who started hormone treatment as adolescents maintained it without abandoning it in adulthood. Marianne van der Loos, one of the research collaborators, finds the study results “reassuring in the context of increased recent public concern regarding transition regret.”

However, the study contains possible biases to consider. First of all, this work used medical records from a single center, the Amsterdam Gender Identity Clinic. On the other hand, confirmation of the administration of transitional treatments was recorded through the national inventory of patient prescriptions.

For this reason, the endocrinologist Gilberto Pérez López, has declared in Science Media Centre that “a limitation of this study is the fact that the prescription of hormone treatment does not necessarily translate into continuation of hormones. This is a limitation of all registry-based studies and may overestimate the results.” Likewise, the follow-up periods varied according to the patient, with the most recent analysis being shorter.

Countries such as Sweden, Finland, France, the USA or Australia were considered pioneers in the implementation of gender transition treatments in adolescents. However, they have been changing their minds about the implementation of the treatment given the evidence of harming people with gender dysphoria by applying it massively, without the pertinent prior exploration and diagnosis.

In 2019, a review by the Swedish Agency for Health Technology Assessment and Assessment of Social Services (SBU) highlighted the lack of explanation for the increase in children and adolescents seeking healthcare for gender dysphoria. In addition, it was explained that studies on the side effects of long-term gender-affirming treatment are few and almost all observational.

In 2020, Finland challenged the World Professional Association for Transgender Health (WPATH) protocols. Subsequently, the Finnish government issued new guidelines prioritizing psychological interventions, declaring them as first-line treatment for the therapeutic approach of those with gender dysphoria rather than puberty-blocking hormones or cross-hormone treatments. And warning about the uncertainty of providing irreversible interventions to people under 25 years of age, due to neurological immaturity.

In March 2021, the British National Institute for Health and Care Excellence (NICE), which evaluates the validity of treatments and patient care, stated that the risk/benefit ratio of hormone blockade and transition therapy in minors “are of very low certainty”. According to the research carried out, the studies, few and very small, are “subject to bias and confusion”. One of the findings was that GnRH agonists produce little or no change in gender dysphoria, mental health, body image, and psychosocial functioning.

In 2021, the Karolinska Hospital, a world reference center in the approach to gender dysphoria and considered one of the best-known hospitals in the world, described the “Dutch Protocol” as experimental.

Therefore, in May of that same year, a new regulation came into forcé, whereby the hormonal treatment to block puberty and gender transition for minors could only be carried out in a research environment.

In addition, the treatment must be approved by the Swedish ethics review board and the level of maturity of the patient must be carefully assessed to determine whether he is capable of giving meaningful informed consent.

On the other hand, in another study that we have discussed at the Bioethics Observatory, it is concluded that although gender transition treatments can reduce gender incongruence or gender dysphoria, they do not prevent related psychiatric and somatic disorders that can occur in patients affected.

The French National Academy of Medicine joins countries and institutions critical of pediatric gender transition treatments. The latter issued, in February 2022, a communiqué in which it warned about the difficulty in differentiating a lasting transsexual tendency from a passing phase of adolescent development.

In the report, attention is drawn to extreme medical caution in children and adolescents given their vulnerability, especially psychological. They are especially sensitive to the undesirable effects and serious complications that some of the available therapies can give rise to.

The risks associated with hormone blockade treatments have been described in previous works. Throughout puberty, the adolescent undergoes numerous changes that lead the individual to his somatic and psychological maturity, which are affected by the administration of these drugs, such as the reversible analogues of gonadotropin-releasing hormone (GnRH), which blocks the action of sexual hormones and the development of sexual characteristics and brain maturation.

Among the side effects mentioned, the following should be highlighted:

-Alterations in the development of bone mass and growth.

-Affectation, in degrees of variable reversibility, of fertility and the ability to experience sexual pleasure.

-The lack of development of the external genitalia may force a future surgical reassignment.

-The effects of pubertal hormone suppression on brain development, which may be too subtle to observe during individual clinical testing sessions, are currently unknown. 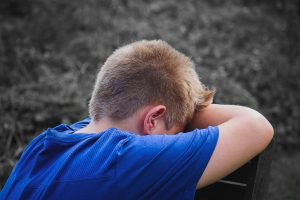 -Recently, it has been confirmed that, in rats, testosterone secreted at puberty organizes the medial amygdala in a subregion-specific manner. Therefore, it can contribute to the maturation of adult social behavior. In this way, hormonal suppression could drastically affect this structure, which is key in the maturation of behavior.

On the other hand, various ethical issues arise. These treatments are administered to minors, who do not suffer from objectifiable organic pathology.

Administering the puberty-suppressing hormone treatment induces the blockage of the normal development of a healthy body. This results in a use that is difficult to justify bioethically due to lack of safety, efficacy and clinical indication.

Likewise, the use of this hormonal treatment in minors violates the principle of autonomy due to lack of maturity and difficulty in correctly assessing the consequences or alternatives of the aforementioned treatment.

Finally, over the years, and as we have published from our Observatory, different media have echoed the testimonies of transsexual adolescents recounting their regret. In these statements they denounce the lack of information, the vulnerability of age and the social influence which makes the minor think that the gender transition is the solution to masked problems such as loneliness or low self-esteem, among other issues.

In these statements they denounce the lack of information, the vulnerability of age and the social influence which makes children think that gender transition is the solution to masked problems such as loneliness or low self-esteem, among other issues.

The accumulation of evidence strongly questioning puberty blocking and gender transition treatments in children and adolescents, coming from numerous countries, seems to be in clear contradiction with what is stated in the above mentioned Dutch study.

It is precisely the highly interventionist Dutch protocol that has served as a reference for years for the premature establishment of these treatments and lacking sufficient evidence.

Now they are offered a bleak picture of the evolution of patients, which has led numerous clinical centers and institutions in different countries to drastically modify the guidelines established in the aforementioned protocol. This has been due to the fact that, in many cases, they are ineffective, harmful and have irreversible consequences for those affected. 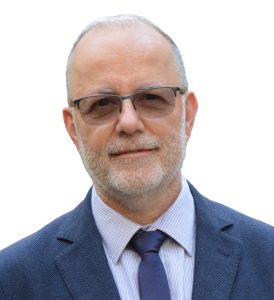