According to the latest available data, in 2019, more than 36,000 diagnoses of sexually transmitted infections (STIs) subject to epidemiological surveillance were reported, with an increase observed in all STIs in recent years. The pattern by age and sex shows a higher prevalence in individuals between the ages of 25 and 34 years, being more frequent in men, with the exception of Chlamydia trachomatis infection, which has higher rates in women under 25 years of age. Health, social, and political crises throughout history have been associated with a rise in STIs, so the COVID-19 pandemic can be expected to increase their incidence if appropriate interventions are not implemented.

According to the Bloom Women’s Health Observatory, the increase in the case of women is more than 1000% in a decade (ten times more).

Preventive campaigns: are they effective? 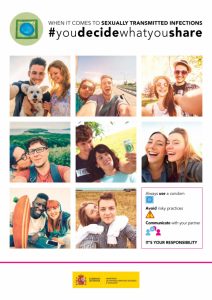 From the institutional campaigns of “Póntelo, pónselo” (“Put it on, put it on him”) a few years ago to the most recent campaign promoted by the Spanish Ministry of Health, “Sal como quieras, pero no salgas sin condones” (“Go out however you want, but don’t go out without condoms“), they seem to entrust the solution of this serious public health problem to the mere use of condoms.

In the case of France, President Macron has announced that condoms will be free from January 2023 in French pharmacies for young people aged 18 to 25. Social Security has been reimbursing them since 2018 upon presentation of a doctor’s or midwife’s prescription, as a way to contain AIDS and STIs, and Macron has announced new measures such as vaccination against human papillomavirus (HPV), which could be mandatory if recommended by scientists recommend (see more).

However, according to Spanish newspaper “El Pais”, 45% of young people between the ages of 15 and 29 have had sex without using a condom, despite the fact that most of them know the risks. One in four claims they do so on a regular basis.

The alarming increase in STI rates observed in recent years seems to highlight the ineffectiveness of preventive campaigns based on condom use, in the absence of other more necessary educational measures.

Effectiveness of condoms in preventing the spread of STIs

The U.S. Center for Disease Control and Prevention (CDC) has produced a report on the effectiveness of condoms in preventing the spread of STIs, highlighting their ability to reduce disease transmission. However, some limitations identified in the above-mentioned report should be highlighted:

First, the efficacy of condoms depends to a large extent on regular and correct use. Misuse or inconsistent use significantly reduces effectiveness.

Second, in relation to condoms, the report states that “A greater level of protection is provided for the diseases transmitted by genital secretions. A lesser degree of protection is provided for genital ulcer diseases or HPV because these infections also may be transmitted by exposure to areas (e.g., infected skin or mucosal surfaces) that are not covered or protected by the condom”. It should be remembered that exposure to HPV is closely related to the prevalence of cervical cancer.

Third, with regard to the available evidence on the real efficacy of condoms, the report says that “the overall strength of the evidence regarding the effectiveness of condoms in reducing the risk of other STDs [sexually transmitted diseases] is not at the level of that for HIV, primarily because fewer methodologically sound and well-designed studies have been completed that address other STDs”.

An article published in the prestigious journal PLoS Medicine looks at the case of Uganda, one of the few African countries where HIV infection rates have declined, from about 15% in the early 1990s to about 5% in 2001. The study reports that, at the end of 2005, UNAIDS estimated that 6.7% of adults were infected with the HIV virus. The reasons for Uganda’s success in containing the infection have been studied intensively in the hope that other countries will be able to emulate the strategies that proved effective. Some researchers attribute the success to the Ugandan government’s promotion of “ABC behaviors” (for “Abstinence, Being faithful, using Condoms”), i.e. sexual abstinence, fidelity as opposed to promiscuity, and condom use. 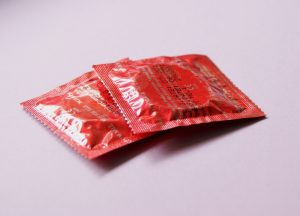 The poor results achieved by campaigns promoting the use of condoms in terms of reducing unwanted pregnancies, abortions and, as discussed in this article, the prevalence of STIs, seriously call into question the effectiveness of the preventive policies undertaken by the agencies responsible for their containment.

Associating the use of condoms with the absence of risk in the transmission of STIs is a double mistake, the consequences of which we are now discussing. First, because the effectiveness of condoms in preventing the spread of STIs is far from 100%, as has been argued. And, second, because the false sense of security that is meant to be transmitted by using the term “safe sex” for sexual relations maintained using condoms favors the three factors that are behind the increase in the prevalence of STIs: more frequent, more promiscuous and earlier-onset sex.

The indisputable partial protective effect of barrier methods on the transmission of STIs, as well as on the containment of unwanted pregnancies and abortions, can in fact be devalued by the changes in sexual behavior described, promoted by the false belief that condom use extinguishes the risk. If to what has already been mentioned we add the poor use of condoms by young people — it must not be forgotten that effectiveness depends on consistent and correct use — minimizing the serious side effects that can result from these diseases, the end result is the rampant and unacceptable related morbidity.

However, Uganda’s aforementioned experience, where in addition to the undoubtedly effective (but only partially) barrier methods, other policies promoting the modification of sexual behavior, such as abstinence and fidelity, do not seem to be taken into account at all in the preventive plans launched in the countries around us.

On the contrary, the messages sent out in current sex education policies promote what seems to be at the root of the problem: more frequent, more promiscuous, and earlier-onset sex and, if necessary, with the help of narcotic substances, “Chemsex“, as promoted by the Valencian Youth Institute of the Generalitat Valenciana, and we detail in an article published by our Observatory.

A comprehensive approach to human sexuality from a correct anthropology, based on the richness of the relationship, the giving and its importance for society, is a subject pending urgent implementation. Animals have sex. Human beings also love and this is what gives their sexuality a worthwhile sense.